Managing a new business can be challenging work
At Aspray, we make the process smooth and hassle-free

We are an award winning company that helps in the creation of start-up businesses. Our mission is to remain as a top service provider of property claims management. We make the process of claiming residential and property insurance easy and ensure that our customers will get a fair settlement from their insurance companies.

We serve as the bridge between the claimant and the insurer during the negotiations process. It is our aim to promote the best interest of our customers by working out the most efficient insurance claim for them.

We have received various accolades which includes being a Finalist during the 2016 Insurance Times Claims Excellence Awards for Third Party Claims Management Team of the Year and Best Property Insurance Project Management Firm during the Construction & Engineering Awards 2016.

A Day in the Life of an Aspray Franchisee 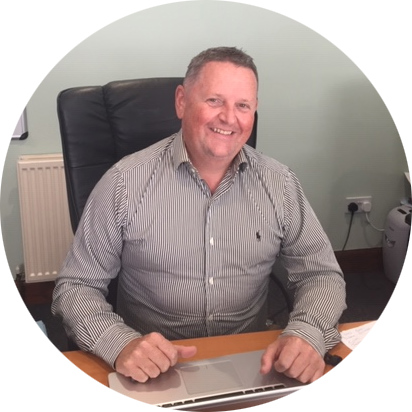 Working in the best interests of the policyholder, Aspray project manage property damage insurance claims from inception to completion.

Aspray franchisee, Joe, is now in his sixth year with Aspray and explains, what has now become, a “typical day at the office”. 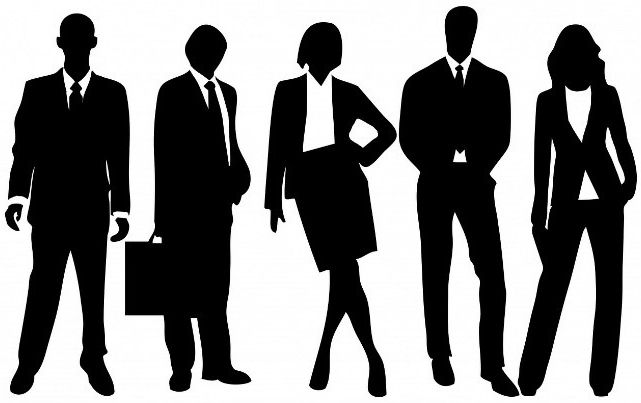 In my first week, back in 2013, I attended a BNI networking event and signed up an introducer who manages 3000 buy to let properties for landlords. I am still passionate about networking six years on as it still brings me regular leads today.

9am Confirm Appointments for the Day

I arrive at the office ready to start my day at 9am. I spend a short amount of time organising my day and confirming any appointments I need to attend. I am fortunate that my business has now grown to a level where I can employ an office administrator, allowing me to focus on the claims process.

No two claims are the same and there are many reasons why a property owner may experience damage to their property. My ultimate goal is to help make the life of the customer easier as this can be an emotional and distressing time.

11.30am Meeting with a Loss Adjuster

I spend some time negotiating with the insurer or their loss adjuster. This could be done by a face to face meeting at the property or over the phone. 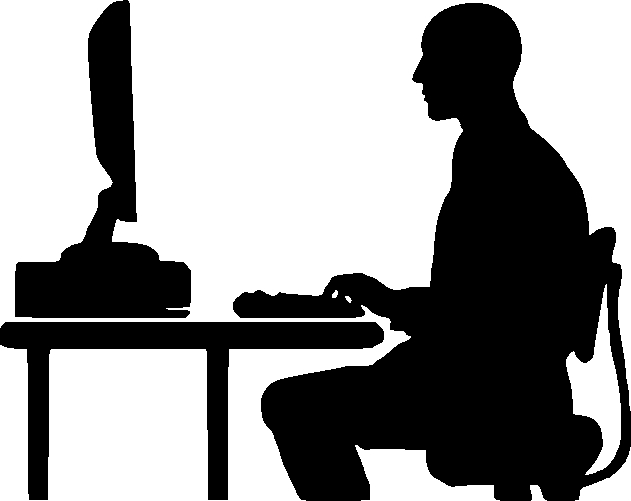 2pm Back to the Office

In the afternoon, I head back to the office to complete the schedule of works for my new claim, ready to send to the insurer.

3pm Chat with a New Franchisee

In my early days, I spent time with new franchisees, learning how they operated their business and sharing best practises. I now actively support new people within the franchise, either during their recruitment process or when they are just starting their franchise.

Towards the end of the day, I gain updates from contractors who are working on the claims I am project managing. Initially, it was the building side of the process that worried me, however, speaking to other franchisees made me confident that I would pick it up and I did in no time.

I usually finish around 5pm, however, there are occasions where I may need to visit a customer in the evening, should they be unable to book an appointment during the day.

We are on the process of looking for franchisees who will help us in the creation of start-up businesses by following our simple and proven business model.

As a franchisee, you will have the opportunity to learn and follow a comprehensive marketing strategy which you can use for your marketing and sales activity.

Since we will provide full training and support to you, past experience is not essential for the role. As a franchisee, you will be given recruitment and training support. Some of the trainings you will receive includes submitting research projects, launching events, and in the field, hands on support. You will also be attending regional meetings and national conferences so you can continuously upgrade your skills. Trainings will be given by experienced franchisors and external specialists. As a franchisee, you will also be entitled to administrative support and marketing assistance. 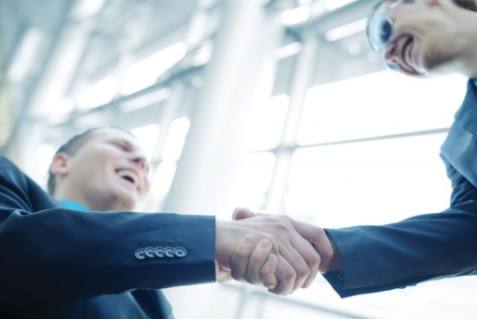 Succeed As An Insurance Claim Franchisee

To become successful as a business partner, you need hard work and excellent project management skills.

You also have an interest in property restoration as well as a people-oriented person. You will also need to be organized and motivated. In addition, you must show a genuine interest in helping people during stressful situations.

Apart from these, we require a franchise fee of ₤28,000 plus the VAT and working capital. There are banks who can shoulder 50 – 70% of your costs, depending on your credit history. You need also to attend a discovery seminar which are held throughout the year. 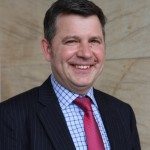 Aspray was founded by James Whittle in 2005.

He established the company while managing his family removal business for 12 years.

He has gained extensive experience in the franchise industry and has since advised numerous franchises on how to expand their network.

Perry Dawson, Aspray’s recently established franchise owner of the Colchester territory, is a man happy with his lot in life but also one determined to build up his Aspray claims management franchise business, so his wife of 39 years can enjoy an early retirement. 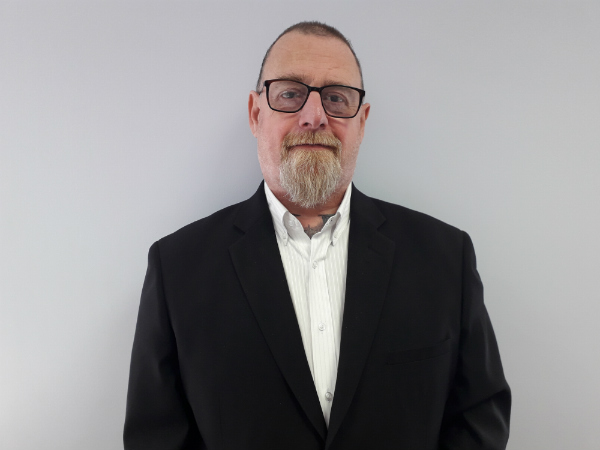 Having thoroughly done his research prior to accepting an Aspray territory offer, Perry does not regard founding a business on April 1 as foolish. He is completely realistic about the amount of work required to build up his client base and reputation and ready to put in the hard yards to achieve his goals.

Such resilience is perhaps unsurprising from someone whose childhood dream was to be in the armed forces. He and wife Julie, now empty nesters, are used to working to unusual schedules, so helping a property owner in need of support and informed claims handling expertise, is not an issue at any time.

As importantly, Perry finds helping others a humbling experience, thus providing him with a sense of well-being. Doing the right thing by people, by offering assistance and support in difficult property claims scenarios, should result in him enjoying much job satisfaction.

Perry can now be a loss assessor for home owners and commercial property owners in all CO postcodes other than CO5. He can support any insured policyholder with a property damage insurance claim in Colchester, Clacton-on-Sea, Walton-on-Naze, Frinton-on-Sea, Halstead, Sudbury, Bury St Edmunds and all places in-between.

His early claims have involved ‘escapes of water’. That could have been expected. Water damage is the regularly the number one reason why insured property owners make insurance claims. Whatever property claims come his way, they will all be managed competently by someone whose motto in life is ‘right first time, every time.’

Perry’s potential customers are proving to have very little awareness of the fact they can appoint their own loss assessor to handle negotiations with their insurer and the insurer’s loss adjuster, progress the claim and (in Aspray’s case), also instruct and manage vetted and trusted tradesmen for the reinstatement work. Raising awareness of a service that can help property owners achieve a fair settlement from their insurer, is probably Perry’s number one challenge.

To tackle this, he is formally networking three times a week, but informally networking continually. He is approaching referrers - estate agents, property managers and landlords - explaining the added-value he can provide to their customers or tenants. He is even sponsoring a local school, to play his part in his local community.

His advice to other prospective franchisees is, “Enter into your franchise agreement with eyes open and make sure it is your decision. Check you have sufficient funds to not just buy the territory, but to maintain a comfortable lifestyle whilst the business is being built.”

This realism is the reason Perry expects to spend up to five years recouping the outlay thus far spent, whilst earning an income and then a further five years reaping the rewards and making a profit on which he and Julie can retire. At that stage, he may have more time for his hobbies of clay pigeon shooting, DIY and touring on his Harley Davidson.

“The list of what I need in life is very short indeed and I have been very lucky to have enjoyed 39 happy years of marriage. The list of what I want, however, is endless and my Aspray franchise business should enable my wife to retire early, to pursue her interests to the full.”

With this level-headedness and humble approach, we feel Perry should go far.

Aspray is celebrating the incredible achievements of its director, Andrea Loasby, who has been shortlisted for three awards at the Women in [...]

An Aspray franchisee has revealed how he’s found the experience of running a business during national lockdown. Jack Parkhouse launched his [...]

Aspray is excited to announce upcoming webinars to tell prospective investors all about its fantastic franchise opportunity. If you’d like to [...]

A successful three years as an Aspray franchisee has given Mersey based, Colin Felton, a “business to be proud of”. Colin won The Extra Mile [...]

Aspray has got the year off to a great start by winning two industry awards and boosting its credibility. The management franchise has been [...]

Aspray celebrates its Franchisee of the Year 2019