For an established and successful management franchise with low fixed costs and average earnings in excess of £130,000 per annum, look no further

For an established and successful management franchise with low fixed costs and average earnings in excess of £130,000 per annum, look no further.

Over the last 30-plus years Driver Hire has become one of the most consistently successful franchise brands in the UK. It has been a bfa HSBC ‘Franchisor of the Year’ Award winner six times (winning the top gold award 2019) and a finalist 13 times out of the last 15 years.

Since 1987 we have seen our franchise network successfully grow, thanks to its thoroughly tried-and-tested franchise model, which consistently generates high returns for its franchise owners. Annual averages for the last 4 financial years:

The average annual turnover over the last 4 years for a Driver Hire franchised office was £1,059,644. This is over three times the current UK franchise industry average of £400,000. (2018 bfa/NatWest Franchise Survey)

Driver Hire is an office-based management franchise operating in a fast-paced environment where quality service and sales activity are paramount. Its franchisees run their own recruitment business, specialising in the provision of temporary and permanent drivers and logistics staff. It’s a huge market, with the UK recruitment industry worth an estimated £35.7 billion (REC/KPMG 2017/18). The Driver Hire network supplies thousands of satisfied customers each year, including major logistics companies, builders’ merchants, parcel carriers and local authorities.

With a Driver Hire franchise you can also access valuable additional income streams which include training and online services products. 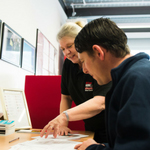 Once the franchisee has opened for business (or taken over an existing franchise business), training continues in the form of the franchise support programme, which can deliver up to six months of further support and training in the franchisee’s office.

Support is also available from specialist teams at the Driver Hire head office, including an area development manager, national accounts, HR, marketing and IT. Peer-to-peer support is just as valuable, and Driver Hire feels it is very important to encourage and facilitate positive working relationships between franchisees. This is achieved through regular regional meetings, an annual conference and their online forum.

Current franchisees have come from a wide range of backgrounds such as; IT, accountancy, sales, teaching and banking. This means no previous experience of working in recruitment or the transport and logistics sector is required. 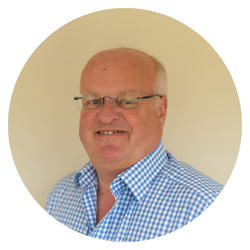 At Driver Hire we’ve found that the common attributes of our most successful franchisees relate to personal qualities, rather than to a specific technical or career background.

It’s important that you’re highly self-motivated and ambitious with a very positive outlook and a ‘can do’ attitude.

“Becoming a Driver Hire franchisee has absolutely changed our lives! I’ve gained all the benefits of being self-employed: the opportunity to run and grow our business, the freedom it can bring and the ability to make decisions for ourselves. It’s certainly given me things I wouldn’t have had if I’d stayed employed.” 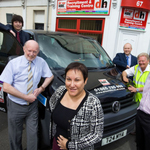 Now the UK’s largest specialist supplier of transport and logistics staff, Driver Hire originally evolved from a partnership between founders Mark Lawn and John Bussey. With Lawn providing knowledge of the driving and logistics sector and Bussey offering the business know how, their chance meeting led to an innovative business idea and together they opened the first Driver Hire office in Bradford in 1983; a recruitment service business offering mainly temporary drivers to logistics companies.

In 1987, after four years of trading, the business partners turned to franchising to enable business growth. This new business plan helped the company grow to more than 90 offices nationwide, and, in 2004, the success of the business led to investors, headed up by current CEO, Chris Chidley, buying the business from Lawn and Bussey.

In 2011, Driver Hire won the backing of Lloyds Development Capital (LDC) to support its continued growth. Now with over 100 franchises, the new financial backing has helped create further development opportunities for the Driver Hire Group.

A great way to round off 2020 - Driver Hire has been listed as one of the UK’s Top 5 franchise businesses in the Elite Franchise [...]

October 2020 was capped off with eight new franchisees graduating our first ever virtual Driver Hire foundation course with flying colours. [...]

The ambitious entrepreneur jumped at the chance to run his own Driver Hire franchise unit when it went onto the market. Jordan Tracey, who has [...]

Driver Hire took the chance to help out workers in the North of England at a jobs fair last week. The fair, which aims to connect [...]

Driver Hire’s York branch has been given an internal achievement award after reaching an impressive sales milestone. Carrie Ann Goddard, [...]

Driver Hire’s Stoke franchise has topped the charts in a nationwide sales and recruitment competition. The league table, called National [...]

How Driver Hire has achieved 5 years of consecutive growth

We caught up with Graham Duckworth, Franchise Recruitment Manager at Driver Hire, to hear more about why Driver Hire is such a great company to [...]