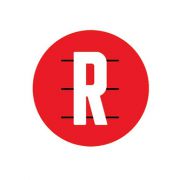 Eddie Rocket’s has taken home the title of best fast-food burger for the second year in a row, thanks to the votes of its loyal customers.

Voters in Ireland have crowned burger franchise Eddie Rocket’s number one for the second year in a row. The beloved diner-style restaurants were voted as the best providers of fast-food burgers in the whole of Ireland in the 2019 Best Burger in Ireland awards.

Eddie Rocket’s, which also offers smaller Rocket’s concept locations that are best suited to drive-throughs, airports and shopping malls, has cemented its position as one of the best burger providers in Ireland, as this is the second year running that it has been awarded the title.

As well as its award-winning burgers, Eddie Rocket’s serves classic American-diner style dishes, including mac and cheese bites, hot dogs, chicken wings and nachos, which can be washed down with milkshakes, malt floats and classic retro soda floats.

Franchisees of the burger chain will no doubt be celebrating the incredible achievement and the new customers it’s bound to bring to its restaurants. The fast-casual restaurant sold more than 2.5 million burgers in 2016 and now has more than 49 restaurants across Ireland, Northern Ireland and Spain. It was named as Irish Franchise of the Year in 2017 and has grown into one of Ireland’s most popular fast food franchises since it was founded back in 1989 by entrepreneur Niall Fortune.