Q&A: Does Victoria's Secret Franchise in the UK? 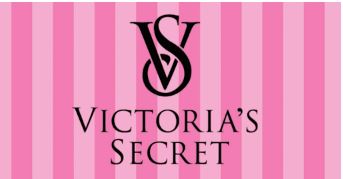 Victoria’s Secret is a world-renowned designer and retailer of women’s lingerie, sportswear, loungewear, accessories, body care products and fragrances and is synonymous with luxury and beautiful supermodels. If you’ve a budding entrepreneur who’s passionate about lingerie, read on to discover if you can start your own Victoria’s Secret franchise.

The American brand was launched in 1977 when the American businessman, Roy Raymond, decided to create a women’s underwear store where male customers could feel comfortable buying lingerie for their partner. It was not until 2012 that the brand – and its subsidiaries – arrived in the UK. The first Victoria’s Secret store was 22,000 square feet in size and opened its doors on New Bond Street in London. Today, there are more than 1,143 Victoria’s Secret stores across the globe.

Does Victoria’s Secret franchise in the UK?

Unfortunately for entrepreneurs, Victoria’s Secret does not operate a franchise model. Its retail outlets are all company-owned stores, so there is no way to open a retail business under the lingerie giant’s brand name.

How to get involved with Victoria’s Secret

If you’re still determined to become a part of the Victoria’s Secret brand any way you can, you might want to consider joining its leadership team or corporate team. If you’re new to business ownership or the lingerie industry, seeking a role like this could be a good idea before diving straight into franchising.

The lingerie market in the UK

The lingerie industry is an exciting place to be at the moment. Significant change is occurring due to many retailers overhauling their marketing strategies to respond to consumer demand for inclusivity and equality. This is all in light of the revolution surrounding body positivity.

Investors could also put their hard-earned cash into a clothing and accessories franchise, or a toiletries and cosmetics business. What’s clear is that this is a hugely varied industry that holds plenty of potential for those willing to put in the effort.

Victoria’s Secret is at the forefront of the lingerie industry. While the global industry as a whole was estimated to be worth around $38 billion in 2017, Victoria’s Secret generated $7.4 billion of that figure in the same year.

What’s more, Business Insider has revealed that Victoria’s Secret is responsible for 40 percent of all intimate apparel that is sold around the world. The brand has become synonymous with lingerie, both in the UK and in the US. It is the first stop for many young women, who know they can find comfortable, fashionable and sexy underwear – as well as loungewear, sportswear and accessories – in the brand’s many stores.

Here are some more shocking statistics:

As previously stated, there are no franchise opportunities with Victoria’s Secret – or its subsidiary brands – but there are a range of other franchises in the lingerie and fashion sectors that are ready and waiting for budding entrepreneurs to pick up the phone and get in touch.

Boux Avenue is the leading British women’s lingerie business with a presence in over 14 countries. Built for lingerie lovers that seek good quality and affordable prices, the brand has acquired a diverse and loyal customer base. Since its launch in 2011, the brand has grown to 30 standalone stores across the UK.

Sadie is widely considered as a leader in bra fitting and used her skills and passion for correctly fitting bras to launch a network of outlets providing services by fully qualified professionals.

This popular lingerie franchise has a presence in over 70 countries and operates from over 250 stores.

Bring the spirit of the Bohemian woman to your local high street with a Noa Noa franchise. This sustainable fashion franchise retails clothes that are made with the intention of representing strong women and allowing customers to feel like their true selves. In a world of fast fashion, Noa Noa prides itself on offering a collection that will stand the test of time. Its clothes feature great attention to detail and striking colour contrasts.

All clothing collections are designed in Denmark and produced across the world, making Noa Noa a brand with the potential to go global. It’s a proud member of the Business Social Compliance Initiative and makes sure it operates ethically. Since it was founded in 1981, Noa Noa has opened more than 90 concept stores and can be found in over 350 multi-brand stores across the globe.

Although it isn’t currently possible to start your own Victoria’s Secret franchise, there are plenty of other opportunities out there. If you want to learn more about the retail industry, you can read more about whether starting a clothing franchise is the right fit and the best UK clothing franchises.

Article published on 18/01/2021 17:20
VARIOUS TOPICS – TRENDS IN FRANCHISING
Did you enjoy this article? Please rate this article
Average rating 4.5/5 based on 1 vote
These franchises may interest you

Master franchisees looking to introduce and grow Endura Roses brand within their territory will be [...]

More than fast. More than signs.