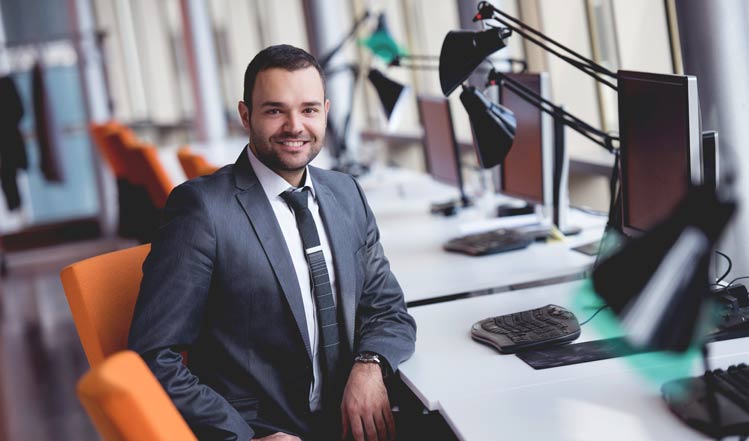 According to figures released by the British Franchise Association, four in five franchises are successful, within two years of starting out. As a result, the franchise industry has become a competitive one, rising by more than 20% since 2015 and helping to create more than 8,000 franchise-owned outlets, across the UK.

However, with the industry being so popular, there are certain things that new and established franchisees need to consider, before taking the plunge. For the majority of franchises, footfall is king – particularly if your business model depends on consumers making on-the-spot purchases.

Having a good understanding of retail premises and how they work can help ensure that your franchise isn’t the one in five that doesn’t get past the two-year mark.

A Checklist to Choose the Right Retail Premises

While you might see retail premises for sale or retail premises to let on your local High Street, there are some considerations to be made. It’s not unusual for franchisors to give suggestions on the type of premises that they feel are best for the business, but retail premises can be expensive and the perfect location can be difficult to attain. If your franchisor doesn’t provide you with any guidelines, the best way to begin is to create a checklist. On it, you should consider:

On top of this, you’ll need to consider other factors, such as the length of the lease, if you’re thinking of using retail premises to let, rent and how much you’ll need in order to maintain the space. However, these will have to be discussed with letting agents, landlords and solicitors. Before you have those conversations, it’s vital that your potential premises ticks all the other boxes.

The amenities you need and the location of your retail premises will depend greatly on what your franchise offers. As a rule of thumb, choosing retail premises in an area that is used for retail purposes is only going to help. The prime properties are those in the High Street. However, commercial properties in prime locations tend to come with prime price-tags.

Don’t overlook the side-streets that lead to the main shopping areas, particularly if they’re near bus-stops, train-stations or pedestrianised areas. Routes that connect to the main shopping areas generate footfall. It’s also worth checking on the other retailers along your chosen stretch: cafes and restaurants are great for attracting browsers and impulse-buyers who are waiting for other people to join them.

The size of the space will be determined by what it’s used for. If it’s a business where people need to be seated or to wait for service, you’re going to need somewhere sizeable. However, if your franchise offers a quick in-and-out service, or it relies on counter-sales, you can probably get away with something smaller. In addition to your customers, you’ll need to consider shelf-space and room ‘backstage’ for storage of stock.

Your budget will also have a hand to play: the bigger the space, the more you’re likely to pay, whether you’re looking at retail premises to let or retail premises for sale. It’s also worth noting that larger spaces in prime locations are desirable and can be sold or let, very quickly.

Legal fees are an inevitable part of buying or renting retail premises. Unless you have a working knowledge of the legalities involved in lease agreements, you’ll need the services of a solicitor. In addition to the length and cost of the lease you’re considering, you’ll also need to factor-in things such as get-out clauses.

While solicitors can be costly, their knowledge and expertise in these matters can make the difference between your franchise launching successfully or failing to get off the starting-blocks. Similarly, the level of rent you pay is going to affect your start-up costs and impact on your profit margin. If possible, find out what other retailers’ rental cost are, in your chosen area – just to check that you’re getting a good deal.

Something that’s often overlooked is the cost of maintenance. However, this doesn’t just mean a lick of paint and checking that the doors don’t squeak. The amount you’ll have to pay out to maintain your retail premises can be influenced by a number of things, such as:

Think Bigger: Think about the Future

The considerations highlighted so far, are all important for those starting-up or starting out. However, no-one goes into the franchise industry with failure in mind and there’s one other consideration worth thinking about, no matter how far in the future you think it might be: the success of your business.

If all goes according to plan and your franchise, housed in the right retail premises, starts to take off, you might have to consider expanding. When you’re choosing where to set up shop, you might want to think about whether the premises offer the space for expansion or whether you’ll have to up-sticks and start the process again.

While this isn’t the end of the world, establishing your franchise in one area, only to have to move as demand increases, can have a negative impact on your business. If your premises has room to allow your business to grow, you can expand and remain a familiar part of the High Street for as long as you like.

97% of franchisees run franchises that are successful. Taking into account and understanding retail premises can ensure that yours isn’t one of the 3% left behind.

No one ever said that finding the perfect property for your franchise [...]

Investing in Real Estate – What You Should Know

Putting your money into real estate can be a lucrative career option if [...]

What to look at when designing a restaurant layout

Opening a business in the restaurant industry can be an exciting [...]

Franchisor Insights: Is It Essential to Attend Franchise Exhibitions Today?

Over the past year, digital solutions have allowed franchises across the [...]