Top Fashion Brands Born and Raised in the UK 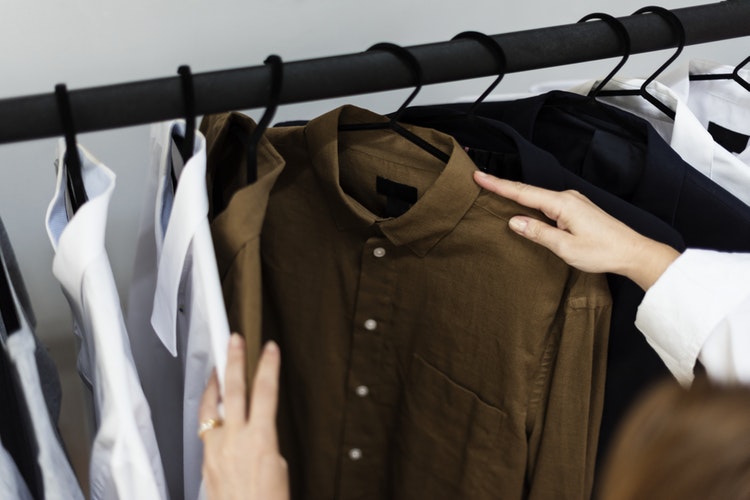 The UK has some world-famous fashion brands, from designer names like Burberry to high street retailers like M&S. Here, we run through some of the top fashion brands in the UK and how they achieved such great success.

Fashion is a huge industry in the UK, and it’s growing over the years. Today, it contributes £32 billion to the economy and supports 890,000 jobs. The sector is booming, but it’s also undergoing significant changes.

With the rise of online shopping, the prominence of ‘fast fashion’ and, with it, increasing interest in the sustainability of clothes is becoming widespread. Established fashion brands are being forced to adapt and evolve in order to keep up with consumer demand.

The fashion industry in the UK

The UK hosts a vast range of clothing retailers, many of which were ‘born and raised’ in Britain. Most stores have a niche, appealing to a specific target market or providing a particular style of clothing. Some of the most popular among younger consumers include Topshop, New Look or River Island, while older customers who might be in search of more classic pieces might turn to M&S, Debenhams or Whistles.

Missguided and Boohoo focus on internet sales and are known for their very affordable collections. Meanwhile, Ann Summers and Boux Avenue specialise in lingerie, and Sweaty Betty offers sportswear. Let’s take a look at some of the best UK fashion brands and the backgrounds.

While luxury fashion is out of reach for the average person, most people are aware of many of the top fashion labels, and their iconic styles. Many of these fashion houses have a long and impressive history, and are held in high esteem by a lot of people.

Alexander McQueen established his fashion label in 1992, when he was in his early twenties. He’d already been head designer of the Louis Vuitton-owned Givenchy, and since then, has won the British Fashion Council’s British Designer of the Year four times. He was also awarded a Commander of the Order of the British Empire (OBE) before his death at the age of 40.

The Alexander McQueen brand sells clothes, shoes and accessories for men and women and has an international presence, with stores in London, as well as China, Japan and the US.

Stella McCartney, daughter of Linda and Sir Paul McCartney, launched her first high-end fashion collection in 2001, and has since built a brand that emphasises ‘sharp tailoring, natural confidence and sexy femininity’. The British designer has been vegetarian all her life and does not use leather or fur in her clothes.

Today, there are 51 Stella McCartney stores worldwide in locations including Mayfair and Brompton Cross in London, as well as Manhattan, West Hollywood, Paris, Milan, Tokyo, Shanghai and Beijing. The brand’s collections can also be bought online in 100 countries.

This luxury brand was launched in 1856 by Thomas Burberry, who was just 21 at the time. Today, it’s famous for its iconic check pattern and sleek trench coats.

Today, there are more than 500 Burberry stores across the world, as well as an online store, helping to generate £2.63 billion for the brand.

For those with a more modest budget, there are plenty of fashion brands up and down the high street that offer designs inspired by those on the catwalk.

No list of British high street stores is complete without a mention of M&S. This classic brand has been around for over 130 years, since 1884. It worked on rationing strategies with the government during World War Two and was one of the first retailers to sell avocado and chilled poultry in the sixties.

For over a century, M&S has worked to expand the business across the globe, and it now has a network of 1,463 stores in 57 countries. Customers know they can rely on the historic brand for high-quality fashion pieces that will never go out of style. It’s particularly popular for its range of basics, from thermal layers to underwear; did you know one in three women buy their bras from M&S?

Launched more than 45 years ago, Monsoon has been delivering beautiful, quality pieces to the people of the UK for decades. This brand began life as a market stall on Portobello Road in London, after its founder Peter Simon made a trip to a hippy commune in Ibiza and travelled through Afghanistan and India in 1970.

Monsoon customers love the store for its vibrant fabrics and hand-crafted, artisan clothes inspired by faraway places. The brand has expanded over the years and now has an online presence and social media accounts.

Despite its extensive network of 450 UK stores and 800 international sites, the fashion business takes the welfare of its employees extremely seriously and works within high ethical trading standards.

Clarks is a highly regarded shoe manufacturer and it’s been in operation since 1825, when Cyrus and James Clark made a slipper from sheepskin off-cuts in Somerset. It’s this long history that has helped the fashion business expand to comprise more than 1,400 outlets in 75 countries worldwide. The brand is so successful it sells over 100 pairs of shoes every minute.

Of its 1,400 stores, Clarks has 680 franchised locations across the world and is accepting applications from any investors who are interested in joining the successful business.

Starting your own fashion business

If you’ve got an eye for fashion and want to launch your own clothing store, why not invest in a franchise? When you put your money into a well-known business, you can open a store under recognisable branding and benefit from an existing customer base. Take a look at our current fashion franchise opportunities or the browse vacancies in the wider retail sector.

Q&A: Does Krispy Kreme Franchise in the UK?

In the world of franchising, investment opportunities are exciting [...]

Master franchisees looking to introduce and grow Endura Roses brand within their territory will be [...]