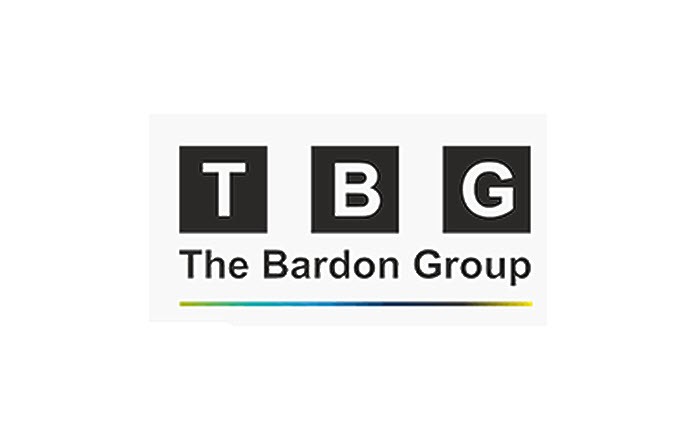 Want to know more about the life and career of one of franchising’s biggest names? We chatted with Nigel Toplis, head of The Bardon Group and former bfa chairman, to find out what 25+ years of working in the franchise world has taught him.

Few people know the UK’s franchise sector better than Nigel Toplis. The experienced franchise professional entered the world by chance in 1994, thanks to a marketing role at business design and print franchise Kall Kwik. And in the subsequent 27 years, Nigel rose through the ranks before joining what is now The Bardon Group: the parent company of four of the UK’s most successful franchises.

In 2020, Nigel announced he would step back from running the day-to-day operations for Recognition Express and Techclean. But even as he prepares to slow down a tad to work on other professional and personal pursuits, it’s clear this franchising guru will be influencing the industry for many more years.

We reached out to Nigel to discover more about his fascinating franchising experience. He certainly didn’t disappoint. Here are some of our favourite pearls of wisdom from a distinguished career.

Prior to starting a role as marketing controller at Kall Kwik in 1994, Nigel says he had no interest in or knowledge of the franchise world. After building a strong relationship with owner Moshe Gerstenhaber, who Nigel calls “a great and willing teacher,” the ambitious professional rose through the ranks quickly. He moved from marketing director to joint MD to MD of two brands and won the bfa’s Franchise of the Year title for Kall Kwik.

To date, this super franchise collective has picked up several accolades and now boasts more than 100 franchisees.

After serving on the board of the British Franchise Association (bfa) for two years , Nigel was invited to become the head of the prestigious industry organisation and serve as Chairman for a further two years. As franchising isn’t overseen by the government, the bfa is considered by all in franchising as a bastion of ethical, world-leading conduct.

“I thoroughly enjoyed my two years as chairman of the bfa’s board,” said Nigel. “In my experience, trade bodies always face a number of challenges.

“Some of the biggest during my time were encouraging government bodies, both local and national, to treat franchising as a serious mechanism in ‘economic regeneration’ and to make sure any policies implemented were good for franchising as a whole.”

Nigel explained how his time at the bfa has made him an even better franchise professional, as he was able to gain a new perspective on the franchise world.

“These experiences can only strengthen you as a person and sharpen your skills in key areas such as negotiation, politics, bringing people together and delivering on commitments.”

Getting the balance right

As the head of four successful franchise brands, Nigel is a busy man. He revealed that every week is very different.

“For me, there’s no such thing as a typical week, and the pandemic has only made this variety even more pronounced.”

He shared that one of the most important parts of running a successful multi-franchise brand is to have a great network around you.

“Time is our biggest challenge, but apart from that, I’m not sure the challenge of running multiple brands is that different from running a single brand. In both scenarios, you need good people working with you, committed franchisees, supportive suppliers, and a willingness from all parties to work hard.”

However, despite having over 100 franchisees across the entire Bardon Group network, Nigel has made it a priority to make sure he’s there to support everyone.

“By and large, our franchises are small businesses, with a couple of employees at most. Some units are just the owner and maybe their spouse. As such, it can be quite isolating and lonely, especially during this pandemic.”

“I strongly believe it’s the responsibility of the franchisor to act as a ‘non-exec director’ to the franchisees. You’ve got to be an outlet to vent at, as well as someone who can advise, guide, and remind franchisees of the strengths of the system. No matter how busy I am, what does not change, and will never change, is my desire to keep in close contact with our franchisees.”

During his time as a multi-brand franchisor, Nigel has learned a thing or two about what franchisees need from those at the head of the network. And one thing he says is absolutely crucial is support and being genuinely invested in the success of each individual business.

“In my opinion, a good franchisor is one who cares more about the individual businesses than the franchisee themselves.”

Nigel also revealed that he’s not afraid of a bit of tough love, if that’s what a franchisee needs to get back on the path to success.

“I have never seen what I do as a job, and I’ve always thought of my franchisees as my ‘spouses.’ That means I’ve always wanted to be there, to offer advice, a shoulder to cry on and occasionally, to take a firm stance. A franchisee wants a franchisor who both cares and will provide discipline.”

Nigel has packed more into his career so far than many people manage in a lifetime. He has written three books on franchising, overseen the successful expansion of four brands, and managed to maintain international business interests at the same time. Phew!

His secret to managing this incredible workload for over two decades?

“Having good people around you, clear objectives, a genuine passion for the business, and being happy to work hard.”

And after 27 years of non-stop action, it seems Nigel is keen to enjoy a change of pace.

“Over the years, I’ve done a number of things for charity, including climbing Kilimanjaro, cycling across Vietnam and Cuba, trekking through the jungles of Indonesia, and walking across the Sahara. Now, I’d like to do something for the elephants and rhinos in South Africa and spend more time in our house near Kruger Park.”

Start your own franchise

If Nigel’s story has given you the inspiration to start your very own franchise, we’ve got hundreds of exciting options here at Point Franchise. Browse our directory, where you’ll find everything from pet franchises to beauty franchises, to find out more.