If you’re a fan of takeaway food, you’ll almost certainly have heard of Deliveroo – you may even be one of the platform’s 45,000 daily UK users. But do you know who its CEO is? Meet Will Shu, the brains behind the business. In this article, we learn more about the Deliveroo CEO and take an in-depth look at his famous delivery business.

Who is Deliveroo CEO, Will Shu?

Before becoming the CEO of Deliveroo, Will Shu studied for a business degree at Wharton Business School. From there, he took a series of data analyst roles for different financial companies, before becoming an investment banker at Morgan Stanley in London. It was there the American businessman started to develop the idea for Deliveroo.

Will Shu wanted to build an app-based delivery service that harnessed the power of modern technology and, together with software engineer and childhood friend, Greg Orlowski, he was able to realise this ambition in 2013. After working as the company’s only delivery driver in London for the first eight months of launch, Shu developed Deliveroo into a game-changing service that cuts the fuss out of food delivery. 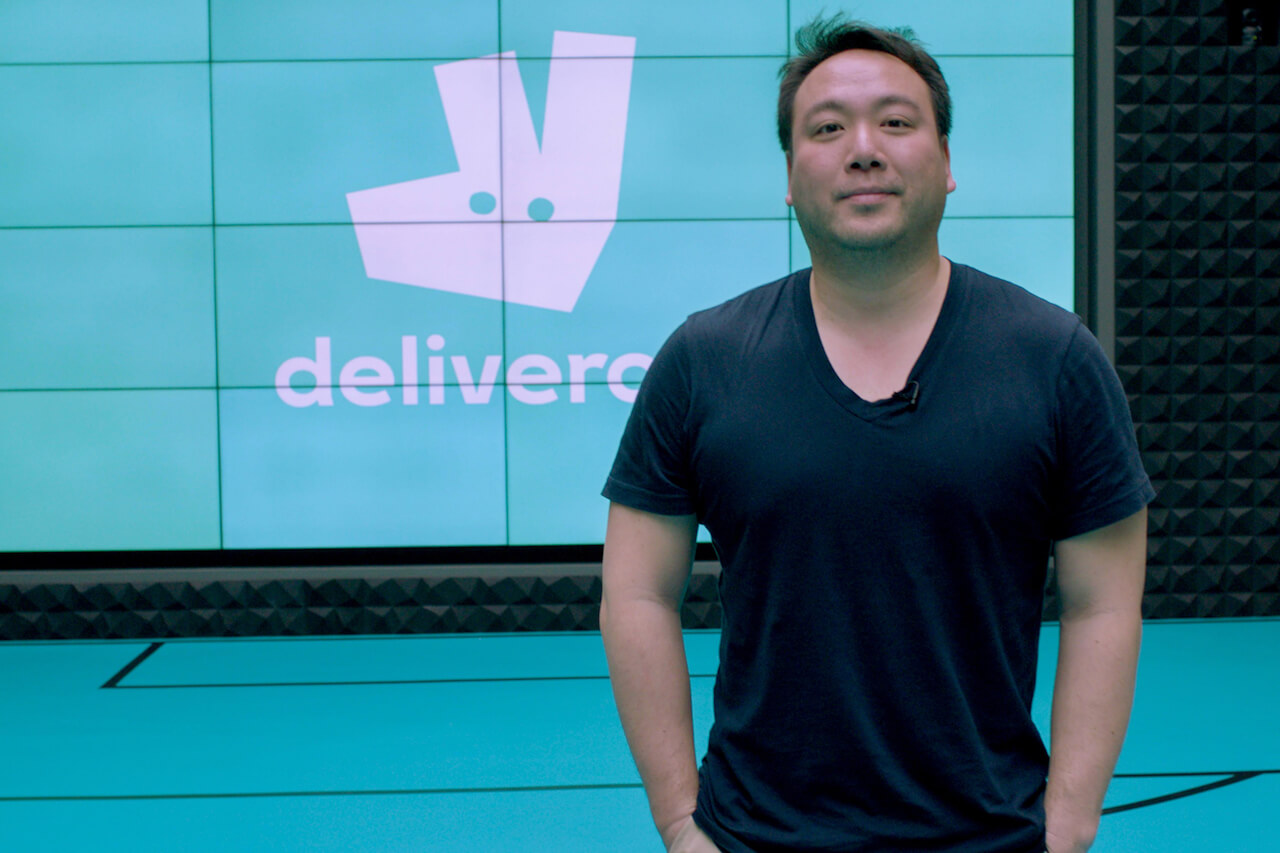 By 2015, Deliveroo had reached Paris, Berlin and Dublin. Two years later, the delivery service was a household name in over 150 cities in 12 countries, and valued in the billions. In 2016, Shu and Orlowski were named the Best Start-up Founders at the Europas Start-up Conference and Awards. But their success hasn’t gone to their heads. In fact, Shu continues to work as a Deliveroo driver by completing shifts in London every few weeks.

You probably know Deliveroo is a food delivery service. But how exactly does it make its money? Let’s take a look at the business in greater detail.

Deliveroo is a food delivery service that makes its money by charging its customers a fee when they submit an order. On top of that, restaurants pay Deliveroo a commission for their dishes to be delivered to their customers’ doorsteps.

The company also benefits from the fact its drivers are recognised as self-employed, so it doesn’t have to pay for the additional securities that employees demand. At the same time, drivers enjoy the freedom that comes with being self-employed and can choose when and how often they work.

Alongside the taxi service Uber, Deliveroo is leading the way in the gig economy. In other words, it’s one of the top companies that employs people through short-term contracts or on a freelance basis. In this sector, workers get paid for the ‘gigs’ they do – which, for Deliveroo drivers, is the number of deliveries they complete.

The gig economy is thriving because young people are increasingly willing to work on a freelance basis. In fact, over five million people are involved in the gig economy in the UK alone. With competition for jobs at an all-time high, more and more graduates are leaning towards different types of work to make a living. Freelance jobs offer flexibility and the freedom to choose how many hours you work, so it’s well suited to students in particular.

From the perspective of the companies offering freelance work, this type of arrangement can increase efficiency, as they don’t have to waste money paying employees when they aren’t needed. For Deliveroo, this is ideal, as the company can appoint drivers and cyclists whenever there is a high volume of orders. 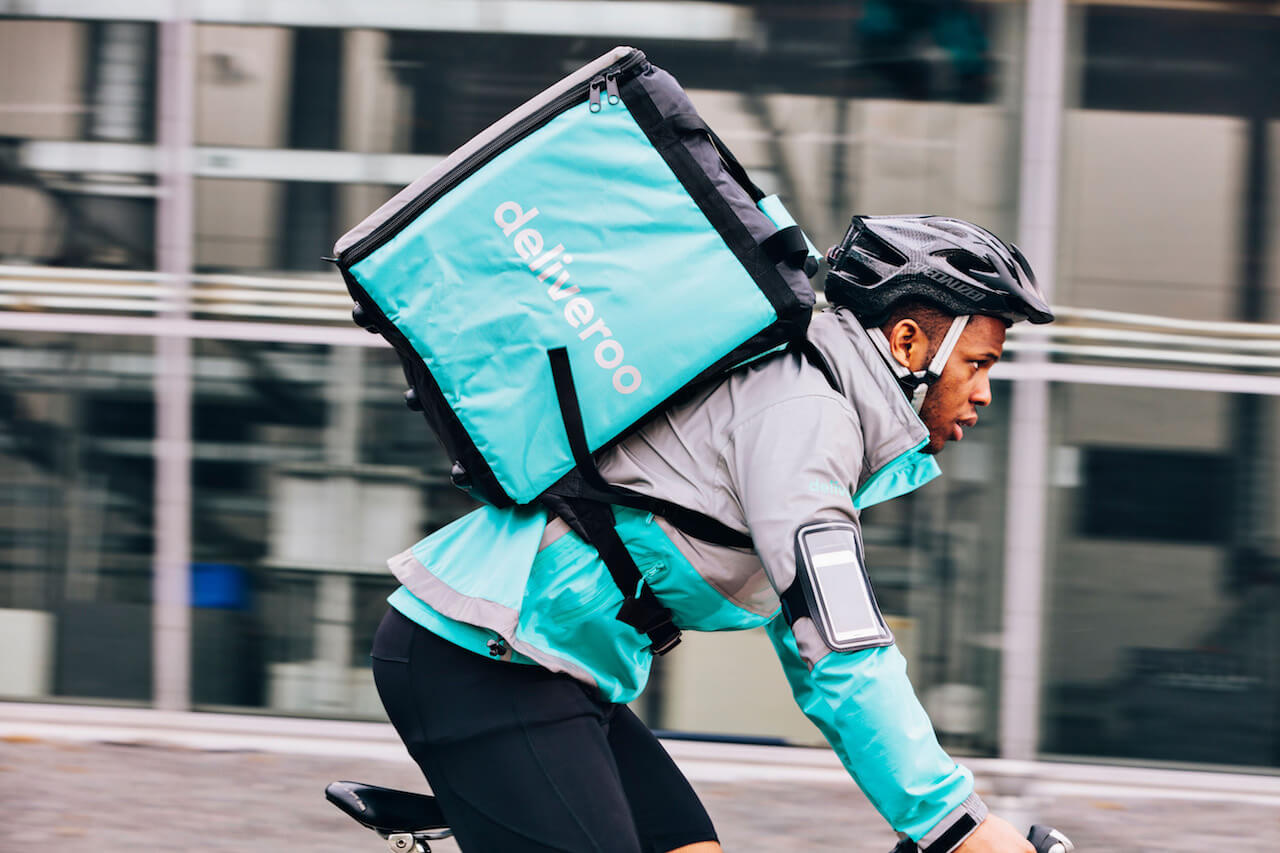 Building on the company’s previous successes, the Deliveroo Plus service was launched in 2017. This is a subscription service that gives loyal customers free delivery on all orders in return for a monthly fee. With this option, diners can have the full restaurant experience from their sofa without having to think about extra costs.

2017 also saw the launch of Deliveroo’s Edition Kitchens. These delivery-only kitchens specialise in creating restaurant dishes to take away, without experiencing the inefficiencies that come with serving a restaurant of customers at the same time. In essence, these facilities allow restaurant brands to access customers in remote locations without having to pay the costs of setting up a fully functioning eatery.

Unfortunately, Deliveroo does not use the franchise model as part of its worldwide expansion scheme. However, the company is growing all the time; alongside the app, new offices are being introduced to cities across the world where Deliveroo believes there is an appetite for food deliveries. So, it’s worth keeping an eye out for opportunities in the future.

Don’t worry if you had your heart set on joining a delivery franchise – there are other profitable delivery business models you can adopt. Why not join One Delivery, which is actively looking for new franchisees? Here’s a little more information about the opportunity:

This franchise brings restaurant orders to hungry customers in their homes, their workplaces or other locations. Since being founded in 2013, One Delivery has grown into a network of over 100 active franchisees and now delivers £1 million worth of orders every month. Its most popular restaurant partnerships include McDonald’s, Burger King and KFC, so One Delivery users can get their fast food fix with minimum fuss.

If you want to become a One Delivery franchisee and start earning a profit of £8-9 per order, you need to make a minimum investment of £495. This is one of Point Franchise’s most affordable franchise opportunities and, after two years of running your own franchise, you can expect to earn a revenue of £50,000. If you’re interested in becoming a One Delivery franchisee, read more information here.

Drive profitability with a delivery franchise

So, now you know all about the Deliveroo CEO and how he developed the business into the globally recognised company it is today. If you feel inspired to become the owner of a food delivery outlet, you can realise your ambitions by running your own business with One Delivery.

Or, if you’re interested in the wider food industry, take a look at our alternative franchise opportunities here.

Article published on 25/01/2021 10:59
FOCUS ON BUSINESS SECTORS
Did you enjoy this article? Please rate this article
Average rating 4.5/5 based on 2 votes
These franchises may interest you