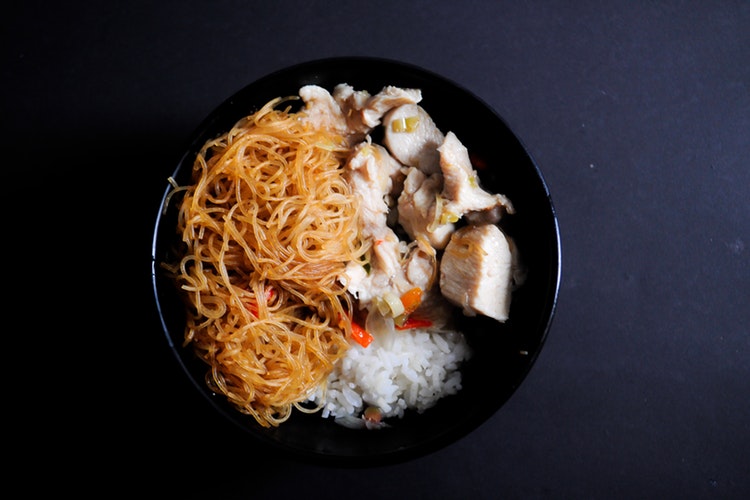 Marugame Udon is one of the worlds fastest growing Japanese restaurant chains. Its authentic udon noodles are being slurped up every day by people across the world, from Ecuador to Indonesia.

All Marugame Udon restaurants strictly follow the Marugame Spirit, a rigid discipline that ensures quality across all of the brands operations. This philosophy places a strong value on the importance of patience and industry. By conducting its business with these fundamentally Japanese values, the Marugame Udon franchise has achieved huge successes in a variety of global markets.

The chains self-service strategy makes sure that each customer is served up their own bowl of udon as quickly as possible. By getting them to order their chosen dish by number and channelling them through different stations, Marugame Udon aims to complete orders in as little time as 30 seconds. By maintaining this rapid service, the chains individual restaurants can serve up to 256 customers per hour.

Despite its international fame, many diners in the UK may be unfamiliar with Marugame Udon. That is set to change very soon, with the restaurant chain looking to expand further into the British food market via a franchise model.

To get you prepared for the UKs next food trend, here are five things that you didnt know about Marugame Udon.

1) Its the largest udon restaurant franchise in the world. With 801 stores in Japan and 1012 worldwide, Marugame Udon is delivering the unique flavours of Japan to a truly global audience. With Europe set as the chains next destination, Marugame Udon is set for some major success in the next few years.

2) Its noodles are made using an authentic local recipe. Marugame Udons extra thick noodles mimic those produced in Sanuki Province, a historic region in Kagawa Prefecture. The chain reproduces the unique taste and texture of Sanuki Udon, using a Japanese imported machine to knead the dough.

3) All of its American restaurants have different menus. Marugame Udon has four different stores in California, and each one of them has its own flavour. Each of the Sawtelle, Stonestown, Beverly Centre and Glendale restaurants have their own unique items to appeal to local appetites. While diners can tuck into a Double Nikutame Udon dish in Stonestown, those in Glendale can choose from a variety of tempura vegetables, shrimp and chicken, as well as different flavoured Musubi.

4) Its a regular influencer haunt. Marugame Udon has been gaining a lot of attention on social media recently, with a number of popular Youtubers vlogging their noodle experience. Stars including the Fung Brothers and Cup of TJ have visited the franchises California restaurants to get their healthy eating fix.

5) Its massive in Indonesia. Before reaching the west, Marugame Udon worked hard to establish itself in neighbouring Asian markets. Its restaurants are stringed along the countrys coastline, especially in its capital Jakarta. There, anyone in need of freshly prepared Japanese cuisine can find a Marugame Udon restaurant franchise in almost any of the citys many districts.

The Story of Marugame Udon

Though its only recently began its European expansion project, Marugame Udon has been in business for years. During that time, it has concentrated its focus on Japan and Southeast Asia.

Marugame Udon is owned by Toridoll Holdings Corporation, a parent brand that operates almost 1,400 different restaurants across the world. Marugame Udon is the leading brand in the companys portfolio and sums up Toridolls passion for delicious, freshly prepared meals.

After being founded in Japan, Marugame Udon spread across all of Nippons four main islands. The brand capitalised on Sanuki provinces esteemed reputation for producing the best udon noodles. Now, Japanese customers know Marugame Udon for its convenience and no-fuss service.

The Marugame Udon franchise first arrived in the States in 2017. Thats when it opened its first restaurant in Honolulu, Hawaii under the name of Marukame Udon. With its reputation for clean-eating, Honolulu was the perfect gateway for the brand into the US.

Since then, Marugame Udon has grown on the West Coast. It is now delivering beautifully crafted food to California-based customers in four different locations. In the future, Americans can expect to hear a lot more from this restaurant franchise as it expands into more states.

With so much momentum behind the brand, youd be forgiven for thinking that starting your own Marugame Udon franchise could cost you a fortune. However, the minimum investment required to open your own restaurant with the brand stands at just £250,000. Thats quite affordable compared to the franchise schemes which are being offered by other international dining brands in the industry.

If you need some assistance with raising the capital to take part in this lucrative franchise opportunity, Marugame Udon can put you in contact with the UKs leading lenders. Thats not surprising, given that this is such a safe investment.

As a part of its franchise package, Marugame offers a state of the art training programme that helps all franchisees get up to scratch. Throughout their venture, franchise partners will receive support from the brands specially designed local support structures. That includes regular store appraisals, operational advice, updated promotional materials and access to strong property contacts.

Marugame Udon wants to talk business with people who are interested in becoming area development franchisees. They can choose which store model they want to adopt, from food court to street-front to stand-alone restaurant, depending on their preference.

Marugame Udon has stressed that it is essential that all applicants have a previous track record of success in restaurant management or multi-unit operations. If thats something that you have behind your back, then you fit the bill for the ideal Marugame Udon franchisee.

You can find out more information about this and other noodle bar franchise opportunities by visiting the Point Franchise directory.

Q&A: Does Patisserie Valerie Franchise in the UK?

Always find yourself salivating at the sight of Patisserie Valeries cakes? Then [...]

Q&A: Does Asda Franchise in the UK?

Article published on 28/05/2020 12:05
VARIOUS TOPICS  TRENDS IN FRANCHISING
Did you enjoy this article? Please rate this article
Average rating 4.5/5 based on 2 vote(s)
These franchises may interest you

Tubz Brands is the number one tower vending franchise in the UK & Europe, with over 300 franchisees. We are [...]