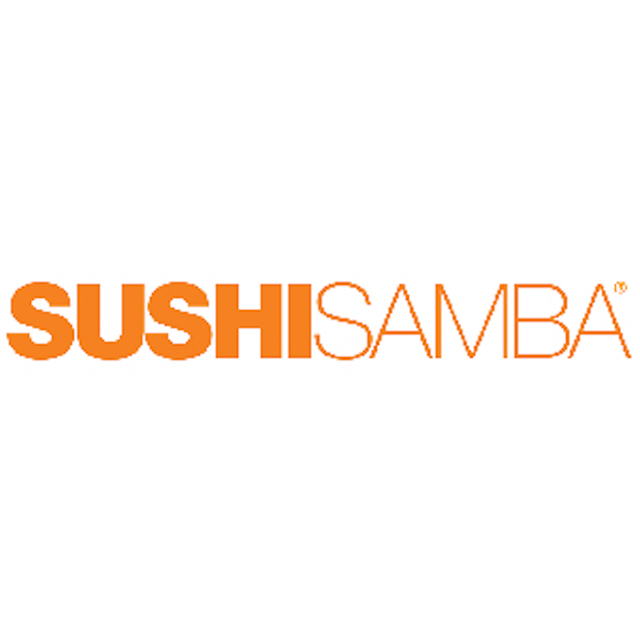 In recent years, fusion foods have become a popular way of bringing something new to the global restaurant scene. The combinations of some cuisines may appear a little strange. However, there’s usually a good reason for these diverse culinary styles to be thrown together.

SushiSamba is a perfect example of this phenomenon. Here, we take a look at what SushiSamba is, whether it franchises and how this wonderful mix of cultures came together.

SushiSamba is an international chain of restaurants that offers customers an interesting combination of Japanese, Brazilian and Peruvian cuisine. Drawing on the historic cultural exchange that occurred when a large number of Japanese immigrants arrived in South America, it serves sushi alongside ceviche, tempura and churrasco.

SushiSamba is also famous for its carnival atmosphere and vibrant aesthetic. All SushiSamba locations are beautifully designed restaurants that enhance the eating experience by transporting customers to the heart of South America. Various locations regularly feature musical performances and food-themed events, which draw large crowds on a weekly basis. Whether you fancy trying a Japanese whisky tasting evening or a Samba brunch, there’s bound to be an event that’s just right for you.

A brief history of SushiSamba

The first SushiSamba restaurant opened in New York in 1999 and instantly became a popular choice among the trend-conscious diners of New York’s lively culinary scene. It successfully captured the public imagination to such an extent that it featured on an episode of the TV show Sex in the City. Although this original restaurant has since closed, other locations have opened in the US, Europe and the UK.

Since first opening, SushiSamba has been thought of as a smart and stylish restaurant with a cool and classy reputation. This has resulted in the chain opening restaurants in premium locations around the world. When it comes to opening for business in a new city, SushiSamba knows how to set the tone.

Sushi Samba opted to locate their first UK restaurant in the 110 Bishopsgate skyscraper – the tallest building in the city's financial hub. Not only did it situate the restaurant in one of the most central and prestigious locations possible, but it also chose to occupy the tower's top floors, ensuring diners had spectacular views over London.

This first restaurant has been followed by a second, which is located in Covent Garden. Located on top of the piazza, allowing for great views of the market area, it is a slightly more relaxed restaurant than the Bishopsgate branch. However, it serves the same menu and has been just as well received as its equivalent in the City.

In the US, SushiSamba has restaurants in Las Vegas and Miami. While the Miami restaurant is just a short walk from the beach, the Las Vegas branch is housed within the Palazzo, one of the city's most famous casinos. Both restaurants are renowned for their extravagant design and for bringing tropical taste to the US.

A third restaurant can be found in Amsterdam, in the UNESCO World Heritage Singelgracht, where it occupies a unique position alongside one of the city’s many canals.

SushiSamba does not currently offer franchising opportunities. Existing SushiSamba locations are company owned and operated, and there are no plans to expand using the franchise model in the future. With just five restaurants to its name, SushiSamba is a relatively small chain that appears content to expand organically.

The elaborate design of the restaurants, as well as their prominent positions in key markets, make it unlikely that franchising will be offered anytime soon. The high start-up costs and the difficulty of finding and financing prestigious locations (such as Bishopsgate and Covent Garden) mean that sufficient investment from franchisees would be challenging to generate.

The exclusive nature of the brand also makes franchising problematic. SushiSamba has been successful because of the way in which it appeals to a high-flying, trend-setting customer base. In other words, it has carefully manufactured a reputation for being ‘cool’. Maintaining the business' high standards and retaining a sense of exclusivity is essential to upholding this image.

Will SushiSamba franchise in the future?

It’s impossible to say whether SushiSamba will eventually decide to adopt the franchising model, but there is nothing to suggest that they’ll do so anytime soon. While their flagship restaurants continue to enjoy a stellar reputation, it’s highly likely that the business will continue operating on a small, exclusive scale.

However, should the restaurant suffer from lowered profitability – or should trends move on and leave them behind – franchising could prove fruitful. Such a move would allow the business to expand rapidly, reaching an entirely new audience and shifting the focus away from premium cuisine to a more accessible dining experience.

You may be disappointed to find that SushiSamba doesn’t offer any franchising opportunities, but there are plenty of other businesses you could consider if you want to open a restaurant. Here, we’ll take a look at some great alternatives and what they require of their franchisees. All these franchising opportunities have proven remarkably successful and, for the right franchisee, would make a lucrative investment.

If you’re attracted to the South American cuisine of SushiSamba, Las Iguanas is a good alternative. This casual dining restaurant serves authentic dishes and tapas options from Brazil, Mexico, Peru and Argentina, as well as a range of premium cocktails. It’s even developed a dessert menu made up of Latin American-inspired delicacies, such as churros and dulce de leche macadamia cheesecake.

To become a part of this network of over 50 restaurants, you’ll need to make a total investment of £700,000. In return, you’ll gain access to the brand’s dedicated training scheme and online operations portal.

Wok & Go and Wok To Walk

Wok & Go and Wok To Walk both give would-be franchisees the chance to build a business around exotic Asian cuisines.

Wok&Go creates ‘build-your-own’ noodle and rice dishes, in addition to salads, soups, wraps and Asian ice creams. It’s inspired by food traditions from across Thailand, Malaysia, Indonesia, China and Japan, and the eating culture of New York City, where high tables and takeaway boxes are the norm. Wok&Go also prides itself on its speedy service – as its name suggests – but refuses to compromise on the quality or nutrition of its food.

This franchise has stores in Kuwait and Dubai, but if you want to add to the 18 sites currently operating in the UK, you’ll need £200,000 of investment funds. To get you started, you’ll receive support with staff recruitment and training, and regular check-ups from a Wok&Go area manager.

Wok To Walk also specialises in healthy, quick-service Asian restaurants. It buys fresh, MSG-free ingredients every day and offers ‘build-your-own’ noodle and rice boxes like Wok&Go. This franchise has a larger network, with almost 100 locations operating around the world. For a minimum investment of £100,000, you can open your own Wok To Walk branch. However, if you have the ambition, you have the option to develop a number of sites as a master franchisee.

Wolf takes the premium dining experience and applies it to Italian food, serving up a fresh take on street food. The franchise currently has seven street food stalls across the UK, and more in development. It’s known for its efforts to minimise the carbohydrate and saturated fat content of Italian foods to offer a healthier take on the delicious cuisine. If you become a Wolf franchisee, you’ll buy local, ethically sourced ingredients and make sure meat is marinated for at least 24 hours before it’s cooked.

If you were attracted to the stylish décor and sophisticated atmosphere of SushiSamba, you might opt to open a Café Rouge outlet. This restaurant takes the traditional French bistro and brings it to cities around the UK.

Customers can expect to step into a French-inspired ‘bistro’ with individual design features when they dine at Café Rouge. The menu showcases some of the best French cuisine, from onion soup and croque monsieur to beef bourguinon and steak frites. Whether customers are looking for a light lunch or formal evening meal, Café Rouge will be able to accommodate them.

At the moment, there are more than 90 restaurants operating across the UK. To join this famous brand, you must be prepared to make a total investment of around £700,000. The Café Rouge will then provide you with an online operations portal, training and support with recruitment.

To find more franchise opportunities in the restaurant sector, just click here. You can also browse café franchises, bakery franchises and healthy food franchises. This is a thriving sector, so you’re sure to find a business to suit your budget and ambitions.

Vegetarian and vegan diets are more popular than ever before in [...]

Thai food is thriving in the UK, thanks to a rise in the number of [...]