What Can Cause a Franchisee to Breach the Franchise Agreement? 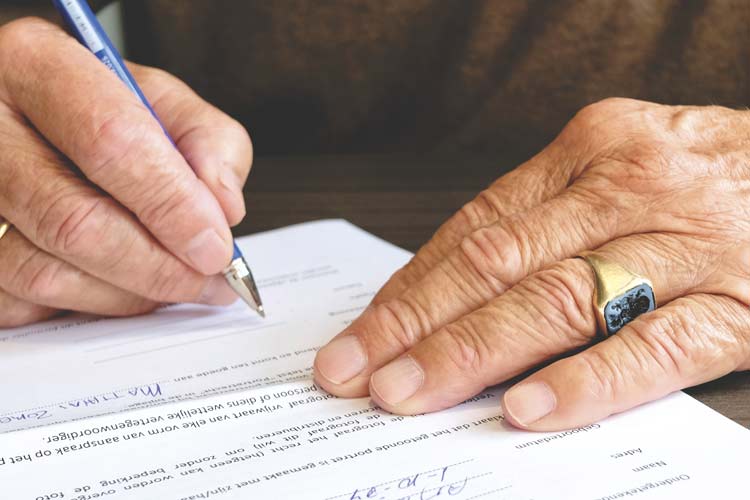 The franchise agreement is a legal document, and becoming a franchisee is as much about following regulations as it is about gaining access to a proven model and expert support. Knowing how you could breach a franchise agreement - and how not to - will help you stay on the right side of your franchisor and become a successful entrepreneur.

Franchising is all about buying into an established brand. Franchisors choose to expand their company because they have developed a tried and tested concept, which can be replicated across territories. But to reach the level of success achieved by the original business, franchisees must follow the franchisor’s rules to the letter.

Without a franchise agreement, investors would be able to run their units however they see fit, potentially damaging the brand’s reputation and failing to take advantage of the franchisor’s insight.

What is a breach of contract? The franchisor is within their rights to take action to terminate your franchise agreement if you fail to comply with their rules in the following areas:

Depending on the franchise you join, you will probably need to get a few different licenses in order to operate lawfully. It’s usually the franchisee’s responsibility to secure the permits they need before launching their unit. If you miss this step, you could be in trouble - not only with your franchisor, but with the law.

While some franchises offer a royalty-free investment programme, the vast majority expect franchisees to financially contribute to the business network. You may be asked to pay an initial franchise fee, as well as finance the set-up of your unit, and you’ll probably need to fund insurance and legal advice.

On top of royalties, there are marketing fees to think about, and a renewal fee if you choose to extend your franchise agreement. Fail to cough up, and you’ll be in breach of your contract.

3. Adhering to the franchisor’s operational regulations

Franchise agreements tend to be highly specific in their instructions when it comes to business operations. The franchisor will provide rules on every aspect of running your unit, from use of intellectual property to service procedures and employee management. Ignoring these regulations will probably have significant consequences for both the success of your unit, and the reputation of the brand as a whole.

One of the ways franchisors can maintain consistently high standards across their franchise units is by specifying the places where franchisees can buy stock and equipment. Usually, franchisors create a list of their approved suppliers in the operations manual, and it’s not up for negotiation.

5. Operating within your assigned territory

Franchise agreements often give the investor the right to operate within a specific geographical territory. While this may not raise issues for franchisees with fixed premises, it could cause problems for those who run a mobile service and travel to customers’ properties. If they accidentally accept a job outside of their region, they may encroach on another franchisee’s territory.

It shouldn’t come as a surprise; franchisors can terminate the contract of any franchisee who acts outside of the law. Business partners are unlikely to be thrilled if you commit a crime, and you can expect your franchise career to go downhill if others discover your mistake.

Franchisors provide a high level of support and guidance, so they’ll want to see you improving as a franchisee and business owner. Failing to reach targets or milestones may not necessarily result in contract termination, but if you go bankrupt or insolvent, your franchising journey will probably be cut short.

What happens if you don’t stick to the rules?

As a first step, the franchisor can suspend your franchise agreement to investigate the contract breach. When they’ve got more information, they can decide whether to let you resume business or terminate your agreement.

If the franchisor wants to go ahead with the termination process, they can issue a formal breach notice, giving you up to 30 days to correct your mistake. If you can’t rectify the problem, they have the right to continue to the next step.

The franchisor may end your agreement immediately if they discover a serious problem. They could take this step if you go bankrupt or cause a threat to public health, for example.

Before you leave the franchise, you’ll work with the franchisor to sell your business. Either you both find an appropriate candidate to take on your unit or you surrender it to the franchisor and allow them to send you some of the sale income. Alternatively, they may just use the capital to cover your debts.

In the worst-case scenario, if your actions cause the franchisor to suffer a financial loss, they could opt to take legal action to recover their profits. And if your contract includes a clause restricting you from operating a similar business after exiting the franchise, you may be limited in your options when you leave.

If, however, you breach the contract but your franchisor doesn’t terminate your agreement, your actions may still influence your future with the brand. The franchisor might have seemingly overlooked your misstep, but they still have the right to refuse your application to renew the contract later on. If you’ve failed to meet the conditions of the franchise agreement or you have any outstanding breaches, you may not be able to extend your time with the business.

The franchise agreement is an incredibly important document when it comes to seeing success as a franchisee - or a franchisor - but it does involve a fair amount of legal requirements. Once you’ve signed on the dotted line, you’re obligated to uphold the franchise’s standards.

However, failing to fully comply with every rule doesn't necessarily mean the end of your franchising journey is imminent. Good franchisors support their franchisees as much as they can and encourage them to remedy the situation before ending the contract.

Find out more about becoming a successful franchisee with our daily business guides, covering all aspects of the franchising world.