Franchising 101: 10 Things You Must Know About Franchise Agreements 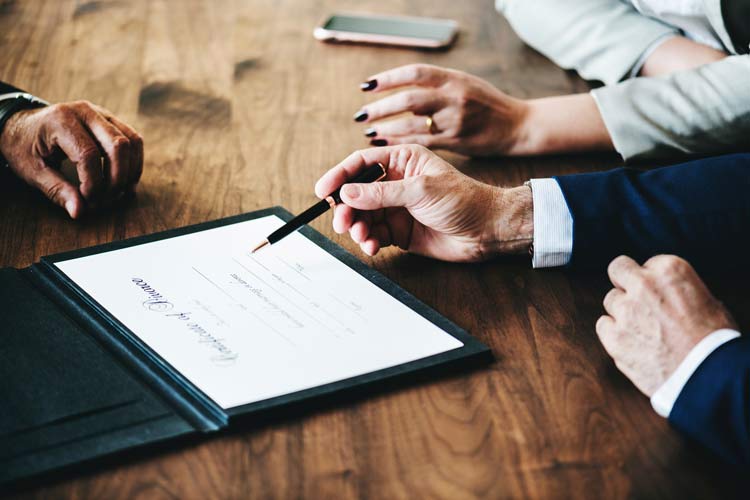 Before you can kickstart your franchising journey you need to make sure that the franchise agreement you’re signing meets your expectations and doesn’t tie you into something unexpected. Therefore, this article covers the 10 things you must know about franchise agreements so you can approach the important document with confidence.

The franchise agreement is possibly the most important document in the entire franchise system. It provides franchisors and franchisees with a means to define their future relationship and sets out all of the terms that will bind them for the duration of the contract. For this reason, it’s necessary to understand what’s typically included in a franchise agreement and why. So, we’ve complied the go-to guide to understanding the ins and outs of the important document.

10 things you must know about franchise agreements

What you need to do before signing the franchise agreement:

Though the franchise agreement is the most important legal document you’ll sign in the process of setting up a new franchise unit, several steps must be taken beforehand.

If you consider the sensitive nature of many of the documents you’ll receive when opening a new franchise, it’s no wonder that non-disclosure agreements play an important role.

It’s highly likely that you’ll have to sign a legally binding non-disclosure agreement before you’re given access to the franchisor’s operations manual, as it typically contains all the information about the franchise model in use by the business.

Having signed a confidentiality agreement, many franchises will also expect you to pay a deposit before the franchise agreement is signed. In the vast majority of cases, this deposit will be non-refundable. However, some franchises allow for clauses that permit the prospective franchisee to back out, though usually only in extreme circumstances.

These are the two principal commitments you’ll typically have to make before you’re able to sign the franchise agreement.

What you need to know:

3. The duration of the franchise agreement

Make sure it’s clear how long it lasts and whether it’s renewable after the initial contract expires.

If a franchisee is underperforming

For instance, it’s almost certain that the franchisor will include terms that allow them to monitor the performance of a franchisee and take action if they fall below a minimum threshold.

Guarantee integrity of their intellectual property

Likewise, the franchisor will also use the franchise agreement to protect themselves from unfair competition and to guarantee the integrity of their intellectual property.

What they get in return for their investment

Who is responsible for what

The franchise agreement will also tackle issues relating to who has responsibility for marketing and advertising, who provides the initial stock/equipment for your business, and what assistance the franchisee can expect during the initial setup process.

So, we’ve established that the franchise agreement should outline the rights and obligations of the franchisor and franchisee. Let’s now summarise the essential minimum terms, as defined in the code of ethics:

Let’s now look at a couple of these in more detail:

Intellectual property rights are an incredibly important aspect of any franchise agreement. They deal with how the franchisee can use trade names, trademarks, and copyrights.
When you consider the fact that one of the principal benefits of the franchise system is the ability to operate a business under a well-known and well-respected trade name, it's easy to understand why intellectual property rights form such an essential part of the contract.

While both the franchisor and the franchisee may have to negotiate over how each party uses intellectual property, it is in both of their best interests to ensure that no 3rd party can make the most of it. Consequently, it's vital that the franchise agreement does not allow for any external use of trademarks, trade names or copyrighted materials.

9. There can be room for negotiation

While it’s true that many franchisors aren’t flexible about the franchise agreement’s terms, there are some that will be open to negotiations. Beware of franchisors that seem too keen to make changes, as it could be an indicator that they are desperate to get you on board and aren’t as successful as you think.

Three areas that you might be able to haggle in are:

When it comes to signing a franchise agreement, there are an incredible number of legal considerations that you need to be aware of. Therefore, it’s highly recommended that you seek professional guidance from a franchise lawyer. The franchise agreement is possibly the most critical document in the entire franchising system, so it's vital that you understand it in its entirety before signing anything.

The significance of franchise agreements

Take the tine to review the franchise agreement in detail before you sign to avoid having any regrets further down the line. Click here to see another one of our articles outlining the definitive franchise due diligence checklist.

Article published on 22/01/2021 08:57
BUYING A FRANCHISE RESALE
Did you enjoy this article? Please rate this article
Average rating 5.0/5 based on 1 vote
These franchises may interest you