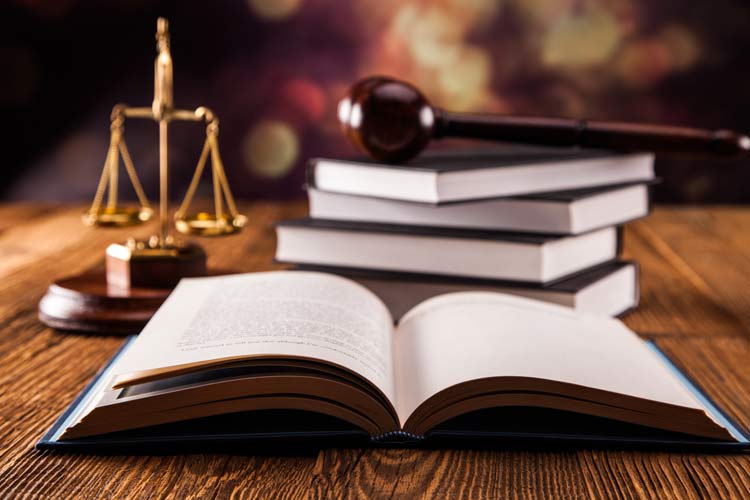 There are no laws specific to the franchise industry, but entrepreneurs should be aware of the general business regulations which extend into the sector and cover franchise operations. Here’s a rundown of the issues you should know about when it comes to franchise law.

Although there are no specific franchise laws, there are areas of UK general business law that apply to franchise agreements. Franchisors and franchisees alike need to be clued up on these strict regulations and adhere to them just as any other business owner does. Ignoring or accidentally breaking these rules could not only damage a franchise but also land its owners in hot water.

Let’s take a closer look at the franchise law issues you need to understand before you get up and running.

A franchisor’s IP is central to the franchise model; investors buy into a trade name and trademarks to replicate a business in a new location. The Trade Marks Act 1994 gives entrepreneurs the ability to register their IP to stop others using it without permission.

There are no disclosure obligations for franchisors entering into a franchise agreement. But franchisees can take action if they feel they joined a franchise because of false information provided by the franchisor.

The Competition Act 1998 prohibits franchisors from entering agreements that restrict, distort or prevent competition in the UK. The main competition law issues relating to franchising are:

Exclusivity – It’s common to be granted an exclusive territory in franchise agreements; this stops franchisees selling products or services in another location. But franchisees should still be allowed to make ‘passive sales’, i.e. sales that have not been initiated by them. The European Commission categorises online sales as ‘passive selling’, so a franchisor cannot stop a franchisee selling its products or services online.

Franchise agreements usually prevent franchisees from opening similar businesses in the local area during the term of the franchise contract and for a set period after. This clause protects the franchisor, as experienced franchisees can’t set themselves up as competitors.

A contractual provision like this can be difficult to enforce, but if it’s breached, the franchisor can take legal action. In such cases, the franchisor would seek compensation and a court would assess whether the restraint of trade is reasonable and able to be upheld, considering timings and geographical range.

The Bribery Act 2010 makes failure to prevent bribery a corporate offence. If found guilty, a franchisor could face unlimited fines and up to 10 years in prison.

The Data Protection Act 1998 influences when and how businesses collect, store and transfer personal data. This is particularly relevant for customer-facing franchises. In these businesses, a franchisee is usually responsible for collecting and managing data for the franchisor. Using the data inappropriately can cause irreparable damage to the franchise brand and result in hefty fines.

The Trading Schemes Act 1996 was introduced as a way to protect people from pyramid schemes. Franchises can make sure they don’t fall foul of the regulations by making sure all franchisees are registered for VAT and work at the same level. Also, franchisees must not get any sort of reward for bringing new investors into the network.

While there are no franchise laws in the UK, the British Franchise Association acts as a governing body for the industry. It identifies the most profitable and ethical franchises so investors can be sure they’re putting their money into a trustworthy business.

Potential franchisors are assessed with reference to the association’s Code of Ethical Conduct before they can achieve membership status and are regularly re-accredited to make sure they still comply. If franchises don’t uphold the required ethical standards, their BFA membership status is withdrawn. This can hugely impact a franchise’s credibility and reputation.

There are four main principles at the core of the BFA accreditation. Franchisors must be able to prove their franchise business is:

Viable – Products must be marketable, making the business profitable enough to support a franchise network.
Transferable – The transfer of knowledge and experience is crucial for a franchise to be a success, so the franchisor must be able to demonstrate their ability to share information.
Ethical – The franchise must comply with the European Code of Ethics for Franchising. The BFA will review the business to decide whether ethical principles have been applied to key areas such as advertising and recruiting and interacting with franchisees.
Disclosed – All relevant data, statistics and figures must be made available to prospective franchisees clearly and unambiguously.

The franchise model and its associated franchise laws can be extremely complex. So, franchisors and franchisees should always consult a franchise law firm for specialised guidance before they launch or invest in a franchise.

Franchise lawyers will be able to make sure franchisors run their business fairly and responsibly. And they’ll be able to interpret the exact role, responsibilities and obligations franchisees will be signing up to when they join a franchise. Legal professionals will remove any confusion and make sure all the relevant documentation and contracts are in place.

Note: Only sign a franchise agreement or other forms when you fully understand them. Before you put pen to paper, ask any questions you have and make sure you’re satisfied with the answer.

We have a huge variety of informative articles covering all aspects of the franchise industry. View our resources bank or use the search bar to find specific topics.