Q&A: Does Upper Crust Franchise in the UK? 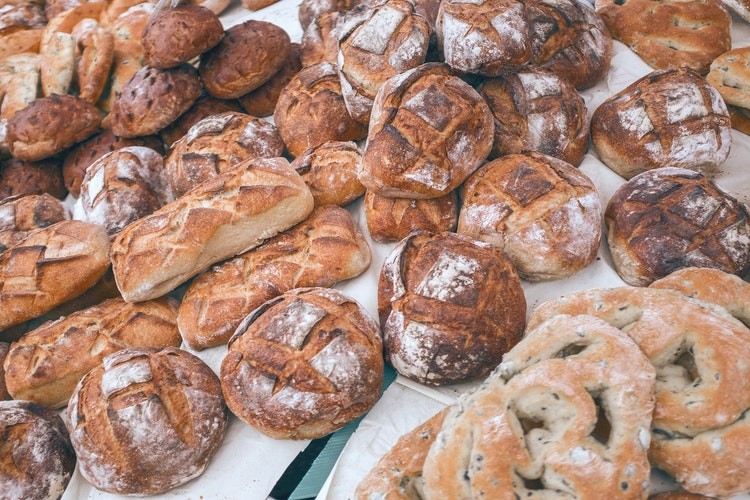 If you’re thinking about making a franchise investment and a coffee business sounds right up your street, selling Upper Crust coffee (and Upper Crust sandwiches, of course) with the popular fast food franchise might be perfect for you. But does Upper Crust franchise in the UK, and is running your own restaurant using the household name a possibility?

The food service industry was undeniably impacted by COVID-19 on all fronts, but lovers of Upper Crust food-to-go will be pleased to know that the sandwich shop franchise is already mounting its recovery. If you’d like to potentially make an investment with the popular UK bakery cafe, keep reading. Below, you’ll find out everything you need to know if you’re interested in running an Upper Crust business of your own.

Does Upper Crust franchise in the UK?

Opening an Upper Crust franchise is a great opportunity to join a well established international brand, but it is also hard work. We want your commitment to the Upper Crust brand and promise, so we are looking for dedicated people with drive to deliver excellent service and our same passion for sandwiches, coffee and bakery.
- Upper Crust

If you’re passionate about Upper Crust baguettes and hugely interested in the prospect of starting your own food franchise, you’ll be thrilled to know that yes, Upper Crust does franchise in the UK. The company has been franchising for a few years now, growing its already hugely popular brand. Upper Crust supports a range of franchise investment types and sizes, from station kiosks to larger restaurant/cafe-style spaces.

We launched our first site in Waterloo Station in 1986. Since then we have grown to over 100 stores all around the world and have perfected our recipe for deliciously crispy, crunchy baguettes. Our coffee is hand crafted by our trained baristas, perfect alongside one of our freshly baked pastries.
- Upper Crust

As quoted above, Upper Crust first opened its doors way back in the 80s, in a London station location. For nearly 40 years, the company has been baking and serving fresh baguettes throughout the day, and in these years, a huge amount of growth and expansion has occurred. There are now over 100 stores in 13 different countries, and there’s nothing a commuter loves more than a tasty stop-gap at one of the many Upper Crust locations situated within railway stations and airports.

Not too long ago, back in 2016, Upper Crust decided to further its growth even more by offering franchise investment opportunities to interested parties in the UK. Whether you’re interested in owning and operating one branch of Upper Crust or owning and overseeing the running of up to four, this baguette sandwich specialist is ready for you to get in touch.

If you’d love to make a career change with a coffee shop franchise like Upper Crust, and all that you’ve discovered above has only left you more keen to bite the bullet and invest, keep reading. The answers to the following three questions will tell you everything you need to know in order to make an informed investment decision...

1. How do you go about becoming an Upper Crust franchisee?

You can register your interest in becoming an Upper Crust franchisee directly via the company’s website. For Upper Crust, the ideal franchisee would be dedicated, driven and passionate. They would show a lot of care and love for Upper Crust’s offerings, and would be able to provide an excellent standard of customer service. The franchisor team encourages anyone who thinks the franchise is for them to get in touch and find out more.

In order to become an Upper Crust franchisee and join the highly popular sandwich shop’s UK network, you’ll need to make a minimum initial investment of £150,000, with franchise fees of £18,000 and a total investment cost of £200,000. You’ll also be charged an ongoing monthly royalty fee at a rate of 6%.

The true cost of an investment with Upper Crust will largely be dependent on the scale of franchise operation you’d like to be running. Obviously, if you’d like to launch three branches of the chain at once, you’ll pay a considerable amount more to make this happen than if you’re starting out with one branch.

Upper Crust will be there for you every single step of the way during your franchise investment journey, with the understanding that the success of the franchise depends on the success of its franchisees. Having signed the franchise agreement, you’ll receive a full programme of training and a package of support covering your launch and extending well past it.

The entire Upper Crust franchise network holds itself to high operational standards, and you’ll be helped to meet these and ensure the success of your business. You’ll also benefit from the well-known Upper Crust brand name (which comes with a built-in customer base from day one) and the company’s superb reputation for tasty baguette sandwiches.

I am Döner
Min. investment £80,000
Food
Request
information
These articles may interest you