How Has the Sugar Tax Affected Sweets Franchises? 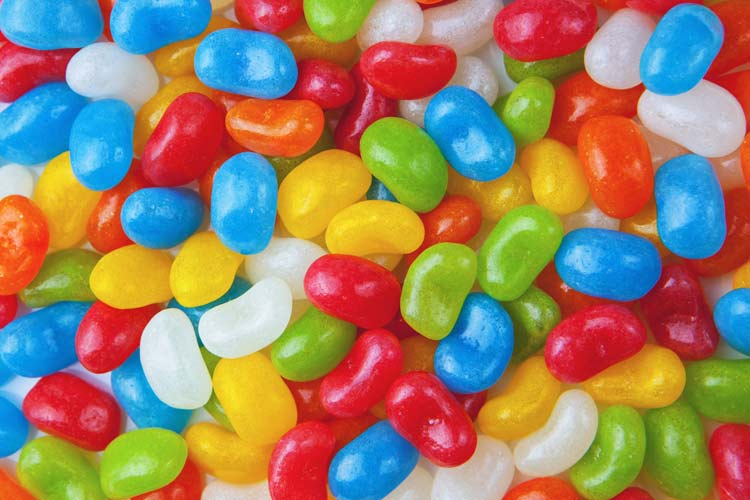 The sugar tax was introduced back in 2018 to a mixed reception. Three years on, we explore how the levy has affected sweets franchises and other businesses with a focus on sugary food and drinks.

Before we look at the impact of the sugar tax, let’s go back over what it is and why it was introduced…

What is the sugar tax?

Back in 2018, the number of children with obesity was reaching a worrying level in the UK. In England, a third of young people were overweight or obese by the time they left primary school (GOV.UK).

Evidence showed children were consuming more sugary drinks than they should have been, so the government brought in the sugar tax to combat the rise in childhood obesity. From the 6th April 2018, manufacturers had to pay tax on any sugary drinks they sold. For every litre of drink distributed, they paid 18p if it contained between five and eight grams of sugar per 100ml, and 24p if it contained over eight grams.

The sugar tax had two main objectives: to encourage manufacturers to reduce the amount of sugar in their products, and to deter consumers from buying unhealthy drinks. Plus, the government put the tax funds raised towards solutions to further combat childhood obesity, including improvements to school sports facilities and healthy breakfast clubs.

Has the sugar tax been successful in its mission?

The answer to this question is open to interpretation - but, on the whole, the sugar tax does seem to have been fairly successful.

Although the tax was introduced in 2018, the government’s intention to apply it was announced back in 2016, so businesses had two years to prepare for the change. In the interim, more than half of drinks manufacturers reduced the amount of sugar in their products in order to avoid the tax, including big-name brands like Fanta and Ribena.

In adapting to the new sugar tax, drinks companies lowered the combined sugar content of their drinks by 45 million kilograms per year. So, you could say the sugar tax had achieved impressive results even before it had officially come in.

Our teenagers consume nearly a bathtub of sugary drinks each year on average, fuelling a worrying obesity trend in this country. The Soft Drinks Industry Levy is a ground-breaking policy that will help to reduce sugar intake, whilst funding sports programmes and nutritious breakfast clubs for children.
—Public Health Minister, Steve Brine MP, 2018

But while the sugar tax has been successful in making many drinks less unhealthy, some people have been concerned the collected tax contributions haven’t reached their intended destinations. Originally, the government expected to raise £240 million annually for health-focussed initiatives through the levy. But, in 2019, the Treasury confirmed it had dropped its commitment to preserve the funds for tackling childhood obesity.

Unfortunately, it’s unclear whether schools and other support facilities have significantly benefitted from the sugar tax.

It’s also unclear whether the sugar tax has encouraged consumers to reduce the amount of unhealthy drinks they buy. According to a report by Nielsen, 62 percent of UK shoppers haven’t changed their buying habits since the government introduced the levy.

How has the sugar tax impacted businesses?

1. People still consume lots of sugary drinks - Despite a growing focus on healthy eating, UK consumers continue to enjoy their sweet treats. If Nielsen’s findings (above) are true, and 62 percent of shoppers haven’t changed their habits, businesses should have retained many of their customers.

2. Customers still value sweets franchises - Many consumers are reducing the amount of sugary products they eat at home, and opting to save their indulgent food and drinks quota for when they eat out. This preference for quality over quantity is good news for drinks, desserts and sweets franchises, which still attract plenty of customers.

3. Sweets franchises have altered their business models - Many companies have adapted to life with the sugar tax by bringing out low-sugar versions of their popular products. Meanwhile, others recognised the importance of the cause and made other changes; for instance, Pizza Hut and TGI Fridays stopped offering free soft drinks refills in their restaurants.

4. Businesses often pass the added cost of the sugar tax along the supply chain - While the tax may have been originally intended to penalise the manufacturers responsible for creating sugary drinks, some firms have simply passed the cost on. As a result, many restaurants, pubs, cafes and shops have been forced to take the burden and cover costs themselves, while some have transferred it to their customers. Wetherspoons, for instance, said the sugar tax has cost it £3 million per year.

How could the sugar tax impact sweets franchises in the future?

Although there has been confusion about the government’s use of the funds, taxes have been a successful method of changing consumer behaviour - not only in Britain, but across the world. Take Mexico, for example; it introduced a tax on sugary drinks back in 2014, and consumption declined for the following two years, before finally reaching its pre-tax level in 2017 (Rathbone Greenbank Investments).

As a result, drinks franchises should expect the sugar tax to prevail as a way to combat obesity. Although the levy currently only covers drinks, sweets franchises could prepare for some form of tax to be introduced for sugary foods too. In fact, research suggests more than two thirds of consumers say the sugar tax should be extended to cover confectionery and biscuits (Business Leader).

There are many ways the government and other regulatory bodies could try to combat health crises, which would affect the way businesses operate. For example, sweets franchises may have to adapt their labelling processes, reduce their range of sugary products or decrease their portion sizes. Governing bodies could also adapt planning regulations to avoid creating districts with a high proportion of businesses selling unhealthy food.

Run your own business in the food service industry

Although the sugar tax has had an effect on businesses, it seems the majority of changes have been initiated by manufacturers themselves in an effort to avoid levies. Meanwhile, it appears most consumers are still keen to support sweets franchises and get their sugar fix on a regular basis.

Starting a business in the food service industry is a great way to join an exciting sector whilst accessing high profit potential - and franchising can help you achieve your goals. Why not browse our current selection of food franchises looking for investors? You could even narrow your choice to drinks franchises or sweets franchises.

Nine Reasons Why It’s Important for Franchisors to Visit Franchisees

Forging a successful franchisor-franchisee relationship is a necessity [...]

Marketing can make or break your franchise. In a fast-paced world, with [...]

As an Approved Resin franchisee you will hit the ground running, All the tools, fully trained, [...]