Dessert Restaurants: What Franchises Are There in the UK? 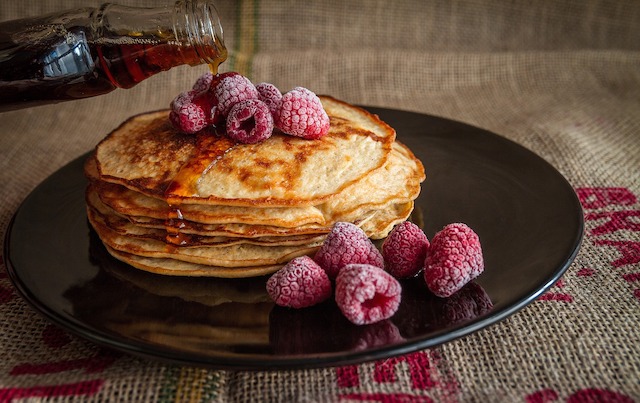 In recent years, dessert restaurants have become an increasingly common feature of UK high streets. Whereas dessert was once a mere afterthought, now there are entire international franchises selling nothing but desserts. Here, we take an in-depth look at what’s happened to the UK dessert industry, before switching our attention to five of the biggest franchise brands available on the market.

You only have to look at the popularity of the Great British Bake Off to recognise that the UK is going a little dessert crazy at the moment. Whether it’s following the fortunes of the country’s most wholesome bakers as they compete for televisual supremacy or popping into one of the growing number of dessert-only restaurants popping up on high streets everywhere, it seems that everyone has developed something of a sweet tooth.

The franchising sector has proven particularly well suited to dessert-only chains in the UK, and there are now several brands that would-be franchisees can choose between. While each serves a different type of dessert, their franchise packages also differ.

As with other types of business, not all dessert franchises are equal – some are a much better deal than others. Their superiority is typically based on a combination of factors. These include the training and support provided by the franchisor, the cost of the investment, expected returns, the size of franchisees, and the extent to which the franchisor is willing to help your business grow.

To give you an idea of what’s on offer when it comes to dessert franchises, we’ve created this brief guide to the five biggest brands in the industry.

Amorino was established in 2002, by business partners who wanted to set up shop in the heart of Paris. The brand specialises in traditional Italian gelato and has expanded to encompass a network of more than 100 franchise units, with the vast majority in Spain and France. The franchise’s restaurants stock 24 different flavours – 23 of which are always on the menu and one of which changes every month, ensuring there’s always something new to try.

To become a franchisee, you'll need to make an initial investment of approximately £250,000. However, a total of £500,000 will be necessary to finance the entire venture. In return, franchisees will receive assistance in selecting and preparing a location, be enrolled in a comprehensive training programme, and have access to the company's supply and franchisee networks. Amorino is keen to prepare franchisees for multi-unit ownership and will work hard to ensure that investors have the opportunity to grow their business.

Baskin Robbins now boasts more than 150 ice cream restaurants around the UK and is one of the most recognisable ice cream brands in the country. Having originated in the US, the popular chain operates in just under 50 countries. The company encompasses almost 7,500 locations, and the franchisor has considerable experience in running a large franchise network and supporting franchisees in a wide range of countries.

The minimum investment required to open a Baskin Robbins franchise is £500,000. While this is higher than many of the other franchises on this list, the cost represents Baskin Robbins' powerful brand recognition and reach. Franchisees also benefit from training in disciplines as diverse as operational support, food safety, business management, and health and safety. You’ll also receive help identifying, fitting, and marketing your new location.

Wafflemeister was founded in 1999, as the Belgian Food Company. However, it traces its roots back to a 50-year old family recipe. In 2010, the original founder, Alexander Troullier, partnered with Rikos Leon-Son with the intention of growing the business and reaching an international audience. This partnership proved exceptionally successful, and the modern Wafflemeister franchise was born.

Wafflemeister franchisees will need to invest around £150,000 to open a franchise unit. This cost can be broken down into a franchise fee of approximately £15,000 +VAT and anywhere between £75,000 and £200,000 for a restaurant acquisition and fit-out. Franchisees can choose whether to launch an island kiosk or sit-down restaurant and the price will vary accordingly. On top of this, you’ll need a certain amount of working capital.

Dunkin Donuts is one of the world’s most recognisable brands and a popular dessert restaurant in both the UK and US. Established by the owner of a Massachusetts coffee shop, William Rosenberg, who noticed that customers would often dip and dunk their doughnuts in their coffee, Dunkin’ Donuts quickly grew into a national phenomenon. International expansion beckoned, and the company adopted the franchise model to achieve its goals.

To become a Dunkin' Donuts franchisee, you'll need to make an investment totalling approximately £3,000,000. However, in return, you'll gain access to one of the most respected franchise packages in the industry. The franchisor will help you plan and create your own line of Dunkin' Donuts restaurants and assist in site location and marketing, too. All franchisees are enrolled on a 3-day business management course, as well as receiving online and classroom-based training.

If you’re looking for something a little different to ice cream, frozen yoghurt is the perfect answer. Tutti Frutti first went into business in 2008 and quickly became popular amongst its Californian customers for the quality of the product and the sheer variety of flavours on offer – the chain stocks more than 120 flavours and hundreds of toppings. The franchise is now looking to develop its international presence, particularly in the UK market.

A total investment of approximately £100,000 is required to launch a Tutti Frutti Frozen Yoghurt franchise. This investment gives franchisees access to an extensive training programme that covers many different areas, including yoghurt preparation, machine maintenance, staff recruitment, business management, and financial operations. Franchisees also get all the necessary operations manuals and marketing materials. Finally, the franchising team will offer continued support to franchisees throughout the entire duration of the franchise agreement.

Q&A: Does Bella Italia Franchise in the UK?

With a huge pool of loyal customers, Bella Italia is one of the UK’s [...]