Q&A: Does Patisserie Valerie Franchise in the UK? 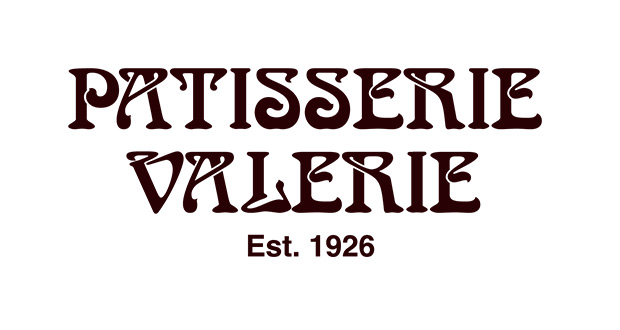 Always find yourself salivating at the sight of Patisserie Valerie’s cakes? Then you’ve probably wondered if you could open your very own location. We’re going to look at whether the popular patisserie chain franchises, and how you can get involved in the UK’s booming bakery world.

If you’ve been dreaming of opening a food franchise, you’ve probably wondered whether bakery chain Patisserie Valerie is looking for franchisees? The upmarket patisserie has a presence all across the UK, and serves up delectable sweet and savoury treats to be enjoyed in its chic cafés and at home. But can you join its network and run your own location? Let’s find out more.

The dessert business’ first location was opened in Frith Street in Soho, London, back in 1926. Founder Madame Valerie, who was born in Belgium, arrived in London and quickly decided to share her passion for continental patisserie with Brits. It was a great success, and people couldn’t get enough of the tasty treats.

Unfortunately, during World War Two, the original location in Soho was bombed. Madame Valerie soon set up a new location on Old Compton Street, only around the corner. This initiated the national expansion of the brand to other high streets dotted around the UK. Now, there are 96 locations up and down the country.

2019 brought controversy for Patisserie Valerie, as an accounting ‘black hole’ of more than £96 million was discovered. More than 100 of its 200 plus stores were closed, and the retailer entered administration, though has since found a new owner and kept almost half of its stores open for business.

Unfortunately, Patisserie Valerie’s stores are all company-owned and operated. The bakery chain has previously turned down offers to franchise the brand due to concerns its exceptionally high standards wouldn’t be met. Patisserie Valerie also doesn’t seem to have plans to begin franchising any time soon, though its recent financial troubles may change the brand’s mind in the future.

How to get involved with Patisserie Valerie

Though you won’t be able to open your own Patisserie Valerie franchise, there are still other ways to get involved with the brand. According to its website, Patisserie Valerie has a team of around 2000 staff across the UK working in its kitchens, customer service and head office teams, warehouses and across its transport team. Its dedicated careers page shows a number of vacancies for every skill set, including front of house, general managers, kitchen assistants and pastry chefs. So if you’re not quite ready to rise to the challenge of owning your own bakery business, you could get experience in the industry at one of the brand’s locations before striking out alone.

The patisserie and bakery market in the UK

The UK’s wider bakery industry, which comprises everything from mass-produced bread to artisanal treats, is estimated to be worth £3.9 billion [Federation of Bakers]. If you look specifically at how much we’re spending as a nation of chilled cakes, like those sold from Patisserie Valerie’s counters, it seem our appetite is growing by the year. Statista reported that there was an increase in national spend from £253 million to £404 million between 2007 and 2018, showing that Brits can’t get enough of tasty cake treats.

Mintel also noted back in 2012 that there was a significant switch in buyer habits from larger to small, treat-sized cakes, which has been good news for bakeries and patisseries across the nation. It’s estimated that the artisanal bakery industry is growing by about 5% per annum [Craft Bakers Association] and the wider industry is expanding by roughly 2% every year. So if you’re a lover of sweet things, it seems like now is a great time to take the plunge and start your very own bakery business.

Want to run your very own business in the world of sweet treats? We’ve got plenty of franchises that let you do just that. Here are two of the most exciting opportunities out there right now.

This crêpe franchise sells a range of milkshakes and smoothies alongside its sweet and savoury crêpe selection. Customers can enjoy everything from freshly squeezed orange juice to decadent milkshakes topped with cream and Oreos. Smoothie connoisseurs will also appreciate Crêpeaffaire’s green smoothie made with kale, spinach and mango.

Crêpeaffaire was launched in 2004 and now has 15 stores in the UK, as well as one in the Netherlands, one in Saudi Arabia (with three more to come), and three in Kuwait.

This food franchise was founded in 2008 and serves a range of delicious desserts across its 21 UK stores. Heavenly Desserts makes sure it caters to the widest possible share of consumers by selling vegan and gluten-free options alongside its main offerings.

Even though you won’t be able to start your own Patisserie Valerie franchise, the UK’s dessert franchise market is a pretty sweet place to explore right now. If you’d like to start your very own franchise, check out our UK franchise directory to find the perfect opportunity for you, or find out more about becoming a franchisee across the Point Franchise site.

Q&A: Does One Stop Franchise in the UK?

Interested in running your own convenience store business? Here, we look [...]

Q&A: Does Coffee 1 Franchise in the UK?

Article published on 15/01/2021 17:06
FOCUS ON BUSINESS SECTORS
Did you enjoy this article? Please rate this article
Average rating 4.3/5 based on 2 votes
These franchises may interest you