Reasons why you should consider investing in a new franchise system 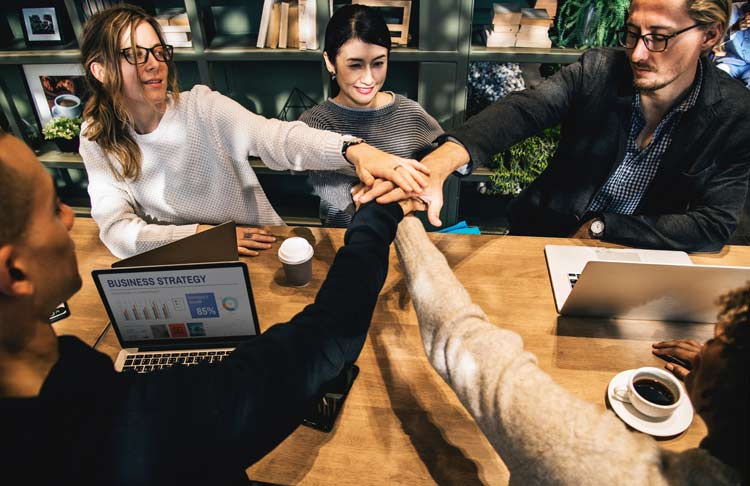 While many investors are taken by franchising’s most prestigious brands, others are more excited by the smaller, emerging franchises that may become the next big thing. Emerging franchises have the potential to exceed all expectations, or fail spectacularly, in a way that larger franchises can’t. So why would you consider such a risky venture? Here, we take a look at why you should consider investing in a new franchise system and what the advantages of doing so are.

Before we begin discussing what constitutes a new franchise and what the pros and cons of investing in one area, it's important to mention that investing in a new franchise system requires a great deal of research. While we will be talking in generalities for the vast majority of this article, it's worth noting that every franchise opportunity is unique. While we will discuss ‘new franchises' as though they are all alike, this is certainly not the case. When investing in a new business, it's essential that you conduct thorough research into the franchise and those managing it. In many cases, there won't be a great deal of information immediately available to inform your choice. This means that you need to dig deep and find what you can. An uninformed investment decision is the surest path to disaster.

An established brand isn’t everything

One of the key benefits of the franchise model is the ability to start a business that already benefits from a well-known brand and customer recognition. When we consider the most prominent franchises, we often think of the fast food giants – McDonalds, Subway, KFC etc. Franchisees invest in these businesses because they know that there’s going to be a certain amount of guaranteed custom, based on the fact that everyone knows who these brands are. However, investing in an established brand isn’t always the best decision.

Emerging franchises may not yet have the reputation of their larger cousins, but they’ve got something much more exciting – potential. While the bigger franchises will charge a franchise fee that reflects the hard work that’s been put into developing the brand, smaller franchises often cost significantly less. If you make the right decision, you could get in on the ground floor and buy a reasonably priced franchise that’s destined for big things.

The benefits of a new system

There are many accepted benefits to investing in new franchises. For instance, emerging franchises often require less investment and are sold for much lower prices. This represents the level of risk involved, as there are not the same guarantees of success with an untested franchise system. However, the rewards can be enormous if you make the right decision. In many cases, new franchise systems also benefit from a level of enthusiasm and drive that’s not seen in larger organisations. Smaller franchise networks make for a more intimate and personal franchisee experience. In turn, this makes it easier to motivate one another and for franchisees to feel a sense of common, shared purpose.

The importance of franchisor support

With smaller franchisees, franchisor support is essential. Unlike more established brands, which have had time to refine and improve their franchisee support and develop comprehensive training programmes, emerging franchises are likely to still be in an experimental stage. With most new franchises, franchisee support will come directly from the top of the organisation. Often, the founders and CEOs will be communicating directly with their franchisees and offering personal support. This can be incredibly advantageous, as franchise leaders often have a clearer, better-defined idea of the direction the franchise is heading in and how it’s going to succeed. In established franchises, franchisees are often separated from the original franchise owners and managers by large numbers of support staff.

If you're looking at investing in a franchise superstar, such as McDonalds or Subway, you need to be aware of the fact that your ability to dictate which market you're going to operate in will be severely limited. This is because there are already an enormous number of franchise units in operation and limited territories left without a unit. Emerging franchises offer franchisees much greater choice. Smaller franchise networks ensure that you have the opportunity to pick from a broader range of target markets, as long as they’re financially sustainable and a sensible location to base your business.

Since new franchises are keen to attract franchisees, there's often a little bit of wiggle room when it comes to negotiating the terms of the franchise agreement. This is possibly the most critical legal process in the entire franchise model and can be a sticking point for many prospective franchisees. It’s often the case that franchisees belonging to large, established organisations feel as though the franchise contract is weighted too far in favour of the franchisee. With newer franchises, the ability to negotiate yourself a better deal is definitely an option.

What could go wrong?

Though investing in a new franchise sounds like the perfect opportunity, it can all go wrong. The most important thing to remember with emerging franchises is that the less the franchise model has been tested, the higher the risk. While you can minimise the risks involved by conducting thorough research and performing due diligence, there's no way you can tell whether a new franchise will become a global superpower, plod along slowly but comfortably, or end up a complete flop. However, the rewards can be enormous, as long as you make the right investment decision.

When it comes to investing in an emerging franchise, it’s a matter of balancing risk and reward. There’s a large number of advantages to signing up with a smaller franchise, many of which will help both your business to thrive and your personal development to flourish. However, there are more significant risks. Established franchises are established because they have a proven business model that can be replicated in a wide variety of contexts. With emerging franchises, you don’t have these same assurances.

The Biggest Benefit of Running a Digital Franchise: You Can Work From Anywhere

Thinking about launching an online business? If you’d like to be [...]

Article published on 25/10/2020 08:16
BECOME A FRANCHISEE
Did you enjoy this article? Please rate this article
Average rating 5.0/5 based on 1 vote
These franchises may interest you