The 7 Reasons Why You Should Hire a Franchise Lawyer 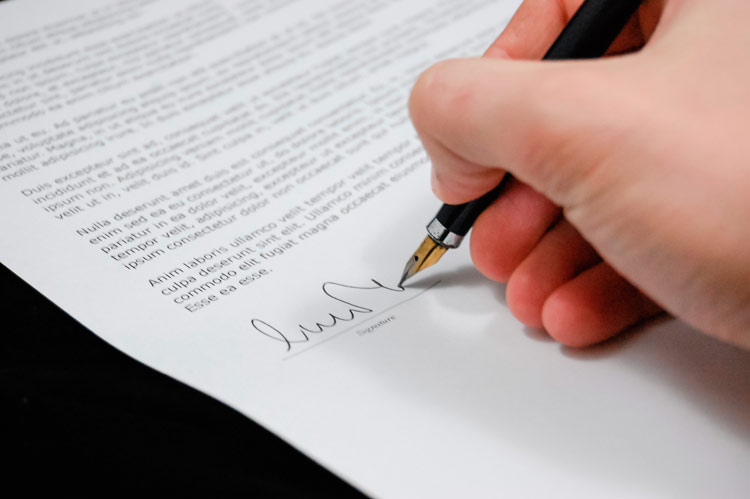 Franchise agreements are tough to work through, complex and full of legalese; therefore, it’s a good idea to seek the help of a legal specialist to guide you through this process to ensure nothing slips through the cracks. When setting up a franchise or dealing with any other issue during your contract, only speak to a solicitor with specialist experience in franchising, as others may not have much knowledge of the sector. In this article, we will consider seven reasons why hiring the services of a franchise lawyer is important.

To ensure you receive the best legal advice, use a solicitor that is a member of the British Franchise Association (BFA). The BFA website provides a directory of all franchise solicitors approved by the association, and recommends that all prospective franchisees take legal advice before they sign the contract.

7 reasons why you should hire a franchise lawyer

1. You can understand the small print with confidence

Getting an independent review of the franchise agreement will enable you to understand all the small print, your future obligations as the franchisee and any other relevant franchise information. For example, some people believe that they still have the right to 'resign' from a franchise if it's not performing well or if they just fancy a change of scenery.

Most of the time, this is not possible. As the franchise owner, you are responsible for running the business for the duration of the fixed-term contract. Should you wish to sell your franchise, you will have to do so in accordance with the original agreement.

2. You can be 100 percent sure of the terms you are signing to

In the unlikely event that you wish to terminate your franchise agreement early, bear in mind that many contracts will include provisions that will favour the franchisor, rather than the franchisee.

Generally, any attempt to terminate before the end of the fixed term would be a breach of the contract, but the franchisee may be able to sell the franchise early if it's not performing as well as expected. A solicitor can check every detail of the contract to make sure you know exactly what the terms are before setting up a franchise.

3. You can consider whether you want to challenge the cross-default clause

This is a crucial part of the smallprint if you're planning to buy multiple units or if you already own franchises under the same franchisor. A cross-default clause enables your franchisor to default on all its franchises if just one of the units fails.

This means the franchisor can buy back the units at a lower rate, even if all your other units are highly profitable. Your solicitor may recommend that you challenge the cross-default clause so that it can be removed from the franchise contract before you make a commitment.

4. You can understand the franchise territory

Your franchise lawyer will also determine how the franchise will be able to operate within its territory. If the contract states an exclusive territory, this means the franchisor or other franchises cannot set up premises within the specified geographical area, as they could infringe on your business.

Whereas, if it says it’s a non-exclusive territory, it means that other franchisees, including the franchisor, can operate in the same area. The provision of services and goods online is included in this.

Will the franchisor charge a fee to renew your franchise contract, or is renewal even an option? Even if a contract doesn’t state that renewal is an option, the franchisor has the discretion to renew your contract at the end of the term, and may be more inclined to do so if your business has been very successful.

If you’re new to franchising, choosing a franchisor that offers a shorter term (like three or four years) and the option of renewal gives you the best of both worlds.

You’ll have the freedom to pursue other business ventures if you don’t achieve your goals, and the option of extending the term if your franchise is a big success. Remember, if you’re unsure about any of the franchise information in your contract, advice from a franchise agreement lawyer is always the best call.

You can read more about your rights when it comes to franchise renewals here, and whether or not your franchise will be automatically renewed here.

6. You can feel more confident about managing your presence on social media

With around three billion people across the globe using social media every month, there’s no denying that it is a powerful marketing tool for franchises. But misusing social media can expose the franchise to significant risks. A franchise solicitor can provide advice on confidentiality and non-competition for employees that will be responsible for social media policies.

Your franchise lawyer can also examine the potential commercial and legal risks of user-generated content and any risks of intellectual property infringement or other breaches.

There have been many examples in recent years of businesses that have suffered reputational losses because of employees posting offensive content, which can quickly circulate.

7. You will learn how to resolve a dispute

Because of the length and complexity of franchise agreements, disputes can occur from time to time. The franchisee may not believe he/she is getting the best value, or the franchisor may raise a dispute if the franchisee has decided to purchase equipment and supplies from a source that the franchisor has not approved.

Disputes can also occur when a franchisee fails, as the franchisor may determine that this was the franchisee's fault, although this is not always the case. For example, a franchise may fail because of inadequate training, marketing and support from the head office, or because of a sudden change in economic conditions (i.e. a recession).

One of the most important tasks of franchise lawyers is to determine whether the franchise contract complies with UK or European law and follows a conventional format. They will also explain the rights and obligations of the franchisee and the franchisor and determine the most appropriate resolution for the dispute.

If you were unsure about whether you really need to hire a franchise lawyer, these seven reasons should help you understand just how much value it has. While we don’t have any franchise lawyers on Point Franchise, we can recommend some of the top ones in the UK. A good place to start is checking out the websites of Goldstein Legal and Clarke Willmott. If you still haven’t decided on which franchise you want to invest in, click here to see a list of our most profitable businesses all in one place.

Franchisor vs. Franchisee: The Two Sides of Franchising

The franchise model is increasingly recognised as one of the most [...]

Franchisor Tips: 14 Ways You Should Really Be Supporting Your Franchisees

The franchise agreement represents a legal partnership and outlines the [...]

When you’re busy running your own business, the process of [...]