City Spotlight: A Quick Guide to Franchising in Bath 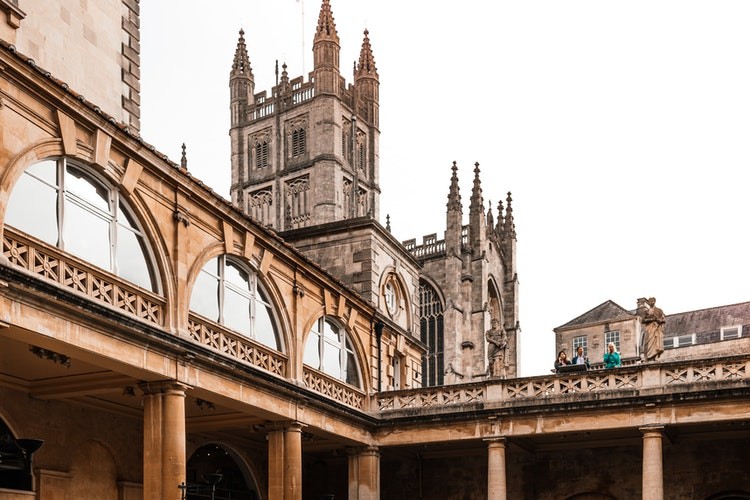 Bath is known for its beautiful Georgian architecture and rich history, but it also has a productive business scene. Since the Roman times, innovators and pioneers have gathered in the city, and centuries of development have helped shape the region as it stands today. Franchising in Bath could be your route to successful business ownership.

Bath combines natural beauty with cutting-edge facilities, and is well-connected to neighbouring locations; it’s just a 10-minute train ride from nearby Bristol, and an hour and a half from London. Keep reading for more reasons why you should consider franchising in Bath.

An overview of Bath

Bath has a population of around 468,000, with an average of 2.37 people per household. Residents have an average age of 42, slightly above the figure across England and Wales (40.3), and a smaller proportion of working-age people, at 61 percent, compared to 62.3.

Despite its peaceful feel, historic buildings and surrounding countryside, Bath is a highly connected city. Workers living in the desirable nearby areas of Frome, Midsomer Norton and Bradford-on-Avon can get into central Bath in around half an hour. And you can access many more destinations from Bath Spa Station; it only takes 10 minutes to get to Bristol, and an hour and a half to reach London Paddington.

Did you know? Nine of the 12 biggest aerospace firms in the UK have major facilities in the South West - and five are in Bristol and Bath.

For international business trips, you can use Bristol International Airport, just 45 minutes away from Bath by car.

At first glance, Bath’s relatively old population and high property prices might seem off-putting for business owners - but there’s plenty to attract budding entrepreneurs. In fact, the Bath region has one of the biggest proportions of highly-skilled workers in the West of England. Over 44 percent of residents are qualified to NVQ4+ level, and a quarter have professional occupations.

Plus, The University of Bath, Bath Spa University and Bath College all produce a continuous flow of talent in areas including engineering, computer science, sports science and management studies. Across the city, there are roughly 8,500 businesses up and running, with a combined workforce of around 92,000 people.

What’s more, in 2015 the city was recognised as the top choice for Londoners looking to relocate from the capital.

Running your own business in Bath

Thanks to the city’s historic connections, the tourism and retail sectors are particularly successful in Bath, but its creative, digital, IT and health industries also have above-average employment figures. Here’s a bit more information on some of Bath’s most profitable industries:

Joining a franchise in Bath could be a great way to launch a profitable business. B2C companies can join the region’s thriving tourism industry, while certain B2B firms have the chance to benefit from the area’s specialisms in engineering and technology.

If you’re considering running your own business in Bath, there are plenty of resources available to help you see success. Entrepreneurs in the region can join The Bath Business Expo, which hosts over 100 exhibitors and more than 500 visitors, and events like The Bath Business Festival, introduced last year.

You’ll also find a range of different networking events in the surrounding area. The bi-annual Business Showcase South West in Bristol is the biggest free event in the region, with more than 250 exhibition stands.

Are you ready to consider franchising in Bath? Take a look at the best investment opportunities on offer in the region to get started.

The most unique pest control franchise opportunity in the UK.

PGH Beegone is the only pest control franchise to include live bee removal meaning our franchisees [...]

The Difference Is Clear To See