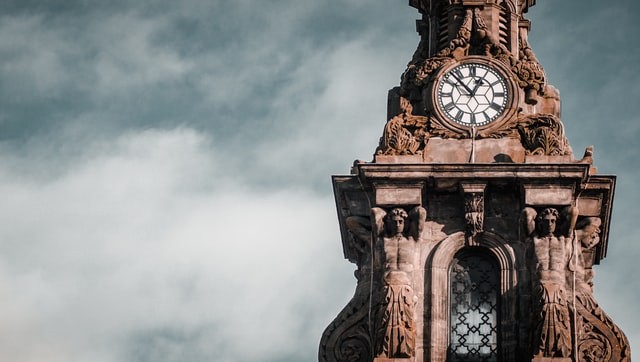 Stoke-on-Trent might not be the first place investors think of when considering new business ventures but, situated in central England, it benefits from close proximity to several major cities. Liverpool, Manchester and Sheffield are all close by, linked by a convenient road and rail network. This is your guide to franchising in Stoke-on-Trent.

The largest city between Manchester and Wolverhampton, Stoke-on-Trent is an attractive location for prospective business owners across Staffordshire and Cheshire. With a high proportion of research facilities and leading industry players, it’s proven its status as a hub for innovation and growth.

An overview of Stoke-on-Trent

Stoke-on-Trent has a population of 645,000 people, and 61.4 percent of them are between 16 and 64 years old. This figure puts the city’s proportion of working-age residents as slightly lower than the total across England and Wales, which sits at 62.3 percent. The area’s smaller share of workers is hardly surprising, given the residents’ average age comes to 41.5, compared to 40.3 across England and Wales in general.

Workers in and around Stoke-on-Trent tend to take home smaller salaries than the average Brit. Across the region, income figures dip to around £27,700 in Newcastle-under-Lyme and rise to £34,500 in Stafford. Meanwhile, the UK average salary is £38,600.

In line with Stoke-on-Trent’s lower salaries, properties are fairly affordable. Homeowners part with £186,000 on average, while buyers spend £320,000 across England and Wales.

Stoke-on-Trent is in the top 10 fastest growing economies in the country, outside of London. Manufacturing growth is at 15 percent since 2009, higher than the national average. And there is good news for business start-ups: more new businesses perform well in their first year in Stoke-on-Trent than national and regional averages.
—Make It Stoke-on-Trent & Staffordshire

One of the biggest advantages of franchising in Stoke-on-Trent is the chance to access a high number of workers, customers, suppliers and business partners from across the surrounding region. The city is just 17 miles from Birmingham and 45 miles from Manchester. And you can get to London on the train in under an hour and a half.

Plus, there are 2.7 million people living within a 45-minute drive of Stoke-on-Trent, which means it has a higher catchment area population than Bristol, Cardiff, Newcastle, Edinburgh or Glasgow. Also, more than 25,000 people study key subjects like engineering, science and technology, at two of the city’s nearby universities, Keele and Staffordshire.

Running your own business in Stoke-on-Trent

If you choose to start franchising in Stoke-on-Trent, you’ll join a cluster of high-profile businesses who have opted to establish their headquarters in the region. You’ll brush shoulders with the likes of JCB, Michelin, FedEx, bet365 and Portmeirion.

Here are Stoke-on-Trent’s most productive sectors:

Running a franchise unit in the city will place you at the centre of a wider commercial hub. With easy access to large cities like Manchester and Liverpool, you’ll be able to benefit from a high level of infrastructure, as well as business investment and networking opportunities.

So, what franchises are there in Stoke-on-Trent? Point Franchise works with the UK’s best brands to offer high-quality investment openings for its readers. Take a look at our selection of opportunities for franchising in Stoke-on-Trent, from B2B franchises to sports franchises, to get started.