8 Things to Know Before Deciding to Become a Franchisee 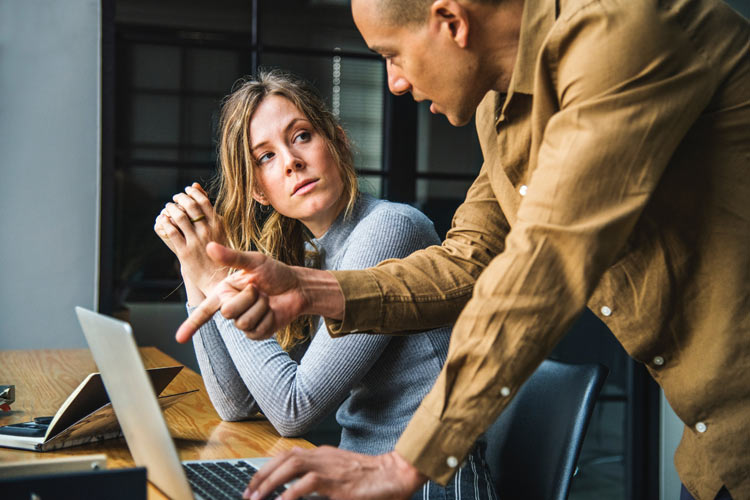 If you’ve just started exploring franchising as your next move, you might not know if you’ve got what it takes to become a franchisee. Before you jump in and sign the franchise agreement, there are a few things you need to think about. Here, we take a look at eight things you need to know before embarking on your franchising journey.

Franchising opens up doors to the world of business ownership to people who never thought it was possible. Single parents, new graduates and older people are all welcome in the world of franchising. Before you dive in and take your first step on the road to becoming your own boss, there are several things you will need to know.

While franchising is a comparatively safe bet, it’s not without its drawbacks or risks. And if you’re going to be investing your life savings in a franchise, it’s best you’re well-informed before you make the decision to invest. Here are eight of the most important things you need to know before becoming a franchisee.

Many people who want to become a franchisee don’t truly understand what the role involves. Franchising is an easier route to business ownership for many and is statistically more likely to succeed, with a two-year survival rate of around 90 percent compared to 50 percent for independent businesses. But it’s a huge mistake to enter into the franchise agreement with an unrealistic, idealised perception of what franchise ownership means.

As a franchisee, you'll have to follow a business plan and regularly report to the franchisor. Your franchisor won’t be constantly looking over your shoulder, and some franchises do take a more flexible approach, but you won’t have the total freedom of an independent business. If you’re particularly entrepreneurial and have set ideas about how you want to operate, you might struggle as a franchisee. You have to be willing to co-operate, otherwise you’re better off striking out alone.

However, the relationship of a franchisor and franchisee is completely different from an employee-manager relationship. You won’t be constantly told what to do or feel like your every move is being watched and will likely feel comforted and reassured by your franchisor’s guidance, rather than smothered. You’re entering a partnership and any good franchisor should treat it as such.

2. There’s more than one type of franchise

In addition to different sectors and the option to run a full-time or part-time franchise, there are three primary types of franchise systems used across the world. As we’ve previously explained, there are a number of differences between the business format franchise, the management franchise and the product distribution franchise. Choose the wrong one and you could be bound to a franchise agreement that’s just not right for you.

The most common type of franchise agreement is the business format franchise – where you essentially buy a ‘business-in-a-box’. This suits most people, as you’ll be in charge of running your own business day-in, day-out and will feel like you’re truly building your own business. However, if you’re looking for a passive investment, or to buy into a business you can run behind the scenes, a management franchise may be better for you. Finally, you could opt for a product distribution franchise, where you’ll offer a franchise’s products/services via your independent business.

There are distinct differences between the three. For example, a product distribution franchise isn’t likely to suit someone who has never owned a business before, as they won’t receive much support or guidance. On the other hand, a business format franchise may not appeal to someone who doesn’t want to work front of house. Make sure you’re completely clear your chosen franchise package is right for you before signing the dotted line.

3. You will have to work hard

Franchising can be incredibly rewarding and, once you’ve established your business, can allow you to achieve the work/life balance you’ve always dreamed of. In order to get to this point, you need to be willing to work hard. Seriously hard, if you’re aiming to make your franchise seriously profitable.

Franchises are more likely to succeed, as you’re following a proven business plan with plenty of training in place to stop you making silly mistakes. But that doesn’t mean you can sit back and just watch the money roll in either. At first, you'll have to work long hours and put in a great deal of hard work. It's not easy and it could be a considerable amount of time before you're in a position where you’ve got regular clients and a healthy income.

Of course, franchising is likely to be considerably easier than the process of setting up an independent business. You’ll have a franchise support team who can offer guidance whenever you’re struggling and a network of franchisees around you who have gone through exactly the same. If you’re willing to put in the time and effort, your hard work will pay off in time.

4. You’ll need to be honest about your finances

It’s necessary to ask yourself whether you’re in the financial position to be a franchise owner. This means looking at the true cost of franchise ownership and calculating whether it’s a financially viable proposition. Many franchises are highly affordable, even those with six-figure investment fees. This is because banks are much more likely to offer attractive rates and large business loans to franchises than independent businesses, covering 70-80% of the cost.

Realistically, the true cost of a franchise is more than just the franchise fee. Even if this sum has accounted for equipment, property, management, and advisory costs, you’ll need to be able to cover your household expenses until you’re breaking even. There's also the working capital required to keep your business afloat through the first few months when you're not making any profit. If you can barely scrape together the initial investment cost, it may not be the right time for you to begin franchising. It’s certainly not out of the picture though. You might be able to get a leg-up to start your franchise journey another way – check out these sources of business finance or read ‘Trying to finance a franchise without money’ for more inspiration.

5. You may need certain skills

Franchise ownership requires you to develop a number of different skills and qualities. Success will depend on your ability to dedicate yourself to the business too. Every franchise requires its franchisees to possess a different skillset, though most simply ask that you’re passionate and driven enough to stick with your business until it succeeds.

However, some franchises (such as a plumbing franchise or automotive franchise) will require franchisees to have earned specific qualifications. Before you get too excited about signing the franchise contract, you should contact the franchisor and request the relevant information. There's nothing worse than finding out you're not suitably qualified for your dream franchise at the last moment.

6. You need to be willing to commit

This means that you may have only just started to see the fruits of your hard work by the time you’re asked to sign another franchise agreement. You need to be sure you’re ready to commit for the length of time specified in your franchise agreement, as it can be costly and difficult to get out of once you’ve signed up. Make sure you thoroughly research the opportunity and its financial potential before agreeing to anything.

7. You will have legal responsibilities

The vast majority of a franchisee’s legal obligations will be set out in the franchise agreement. They can include everything from royalty fees to the standards you must maintain to the procedures that must be followed in certain situations (e.g. franchise resales). It's absolutely vital you understand your legal responsibilities before you sign any documents. If you don't, you could quickly find yourself in a tricky position, both financially and legally.

Becoming a franchisee is all about giving yourself the best chance of business success. The only way to do this is by ensuring you're making informed decisions. Research is an essential part of the franchise process. It can be time consuming, confusing and dull, but it’s importance cannot be overstated. If you do not do your research, you could invest your life savings into an opportunity that’s destined for failure or, worse, an actual scam. Using sites like Point Franchise are a great place to find legitimate opportunities, but it’s still up to you to carry out independent research as well.

Hopefully, you’ll now feel better informed about franchising and ready to start hunting down the perfect opportunity for you. As we explained at the start, the best way you can prepare for franchise ownership is by getting an honest picture of the demands of the franchising system and what life is really like for franchisees. Want to begin searching for your ideal franchise? Check out hundreds of opportunities in our UK Franchise Directory.

Four Reasons Why You're Never Too Young to Become a Franchisee

The franchising industry is thriving and expanding, welcoming people [...]

Business Doctors is a company dedicated solely on serving other small and medium-sized businesses by [...]

The Difference Is Clear To See