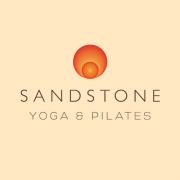 Sandstone Yoga & Pilates THE START OF AN EXCITING NEW CHAPTER - A BUSINESS THAT FITS AROUND YOU.

Sandstone Yoga has adapted so well to the UKs lockdown restrictions that it has launched an innovative virtual franchise package.

Fitness and yoga franchises across the country have had to rapidly adapt after being ordered to shut their doors more than two months ago. But one company that has thrived in this new normal is Sandstone Yoga.

The franchise opened its fourth location at the start of the year. It was also limbering up to start its 2020 Sandstone Academy course, an accredited 200-hour training programme for a new batch of yoga teachers and franchisees, in March. However, it quickly became clear that life soon wouldnt be carrying on as normal.

So, over the course of one intense weekend, founder Michelle Nicklin teamed up with her four franchisees and organised a full schedule of more than 30 live online classes that would begin the following week. They would be taught by teachers from all four studios and Michelle herself and members would be able to access the sessions via an online SuperStudio. Michelle explained:

As soon as it became clear that the issue was likely to have significant and longer term implications for offering classes, workshops and training, we got the whole team together to understand what we could do for our customers and how we could adapt as a business.

To make sure as many of its existing customers were able to still use its services, Sandstone offered discounts and refunds to those with existing passes. It also temped in new customers by letting them try their first class for free. The strategies worked incredibly well, as 80% of Sandstones customers have continued to take its classes throughout lockdown. Its teacher training programme also moved online, and the new batch of yoga teachers are thriving. Michelle praised how the whole Sandstone team responded to the totally unexpected crisis.

Our head office team and the franchises responded magnificently and with lots of hard work, belief and passion we reinvented what we do and how we do it in a matter of days; and have now build on that to offer future franchisees a new option to join this vibrant and growing business.

Its new online service is working so well, in fact, that Sandstone Yoga has now introduced its new Petra package. The package is around half the price of the full studio Marrakesh package and will allow franchisees to operate a community and home-based yoga business, as well as offer classes via the SuperStudio platform.

We were determined to adapt and respond, however hard it felt at the time. And today we have an ever stronger customer offer and and a new and more flexible way for others to join us in a business which is now optimised for the current and future world. Its not been easy but I am so proud of how we worked through this and have come out better, stronger and more focused than ever. 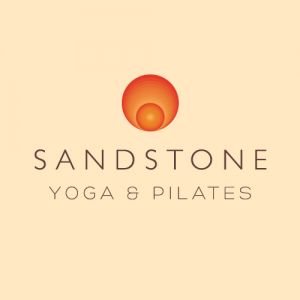 Sandstone Yoga has launched an online version of its franchise package and its proving [...]

Entrepreneurs can learn more about Sandstones franchise opportunity at the business [...]

Sandstone Yoga and Pilates brings peace to the franchise world

Point Franchise welcomes Sandstone Yoga and Pilates to its collection of franchise [...]

News published on 28/12/2019 08:30
Did you enjoy this article? Please rate this article
Average rating 5/5 based on 1 vote(s)
These articles may interest you

7 Tips for Marketing Your Milkshake Franchise

Lots of investors are starting to see potential in milkshake franchise opportunities. [...]

Franchising 101: How to Build a Budget For Your Franchise

Learning how to build a budget for your franchise is one of the most important [...]

Does Pizza Hut Franchise in the UK?

Pizza Hut is a firm favourite among pizza-loving families in the UK. If youve [...]

Cleaning the grease and grime from an oven is a dirty job, but someone has to [...]

Top 5 Accounting Franchises in the UK

If youve got a keen eye for numbers and want to help individuals and business [...]