PART ONE: Camile Thai’s Founder Chats with The Irish Times 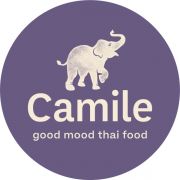 Camile Thai Kitchen is a healthy and sustainable restaurant brand operating in the home delivery category, in the ever-expanding delivery industry in the UK.

In a recent interview with The Irish Times, Brody Sweeney discussed expanding the brand, US cloud kitchens, targeting the UK market and more.

Brody founded Camile Thai in 2010, and over the last 11 years, the restaurant franchise has grown substantially. Brody’s interview with The Irish Times was full of fascinating insights, and this article is the first of three sharing those. Today, you’ll learn about Brody’s political history, his US cloud kitchen operations and his continued expansion in the UK.

It’s been 14 years since Brody, pre-Camile, ran for election for Fine Gael. Asked about future political endeavours by The Irish Times, Brody said, “I was 60 this year. I think it is too late, probably. I’d love a job in the Seanad, though. Pádraig Ó Céidigh [a businessman who was Taoiseach Enda Kenny’s nominee to the upper house until 2020] did an amazing job there with his perjury bill. I would have been proud to do something like that.” One more reason that Brody couldn’t dive back into this scene is Camile Thai, which has opened 15 new delivery-focused franchises “in the second half of 2021”.

According to The Irish Times, “Next week it opens in the Point Campus near Dublin’s docklands and the week after that, former Galway hurler Joe Canning will open his fourth Camile franchise, in his home county. In all, Camile will finish 2021 with about 42 outlets in Ireland, including seven company-operated restaurant/takeaways and 35 franchises.”

This year, Camile Thai also dipped its toes into the US market, licensing its brand to a local partner who has opened three “cloud kitchen” operations. The Irish Times explained, “Sweeney categorises the foray into the US market as a risk-free ‘punt’. Camile doesn’t have to put up capital and it isn’t responsible for the trading performance of the business there, nor for hiring franchisees for the cloud kitchens – its partner takes care of that.”

Though Brody is, according to The Irish Times, “sceptical” about whether cloud kitchens “will be profitable in the long term”, he’s hopeful that even making this foray will help the franchise to learn something new and sniff out new opportunities. A new outlet is due to be opened soon in Manhattan, joining existing operations in Chicago and Austin.

Back across the pond, Brody expressed that the franchise is still  “very committed to the UK”. He said, “We have a reasonable chance of opening a few more bricks-and-mortar stores before Christmas and we have a decent pipeline going into next year. It is tough, especially with staffing and Brexit. We have other UK partnerships that I can’t talk about today as they are not signed. But they could lead us to high growth, multiple outlets.” If you’d like to join this growing Thai franchise, you can find out more about Camile Thai via its profile page, which is linked above. 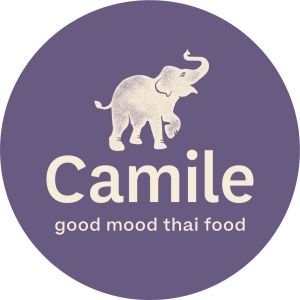 In a recent interview with The Irish Times, Brody Sweeney discussed [...]

In a recent interview with The Irish Times, Brody Sweeney discussed [...]

The Bangor branch of the Thai food franchise recently shared a 15% off [...]

In a recent social media post, the Thai food franchise that offers a range [...]

Over on Facebook, the Thai restaurant and delivery franchise dropped a new [...]