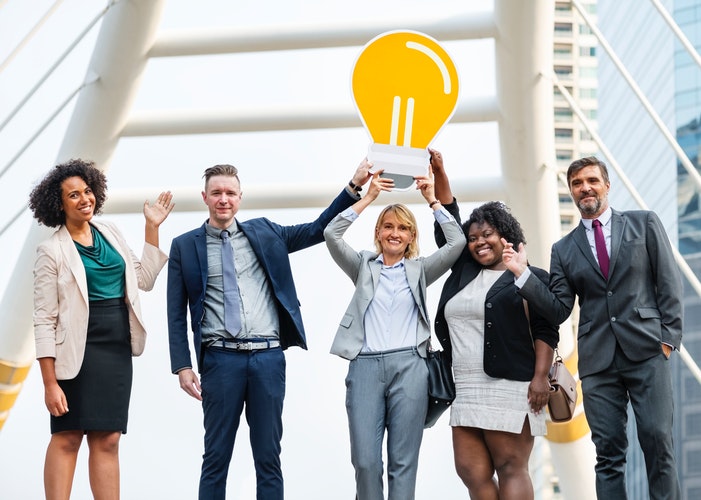 Every employer has been there – you’ve poured time and money into training one of your employees up but just a short while later, their resignation letter is sitting in your inbox. It can be frustrating to lose one good employee, but when you’re really struggling to hold on to lots of great members of staff, it can have a hugely negative impact on the business.

A high employee turnover can be detrimental for many reasons. Your business will lack experienced team members that can assist newer staff and use their experience to make your operations better. You’ll also waste money training new staff and your profits will also be eaten into if you need to advertise, recruit for or get temporary cover for vacancies within your business.

So how can you keep your employee turnover under control? Here are our top tips.

How to Calculate Employee Turnover

To work out your employee turnover, you’ll need to use this formula from the Society for Human Resource Management (SHRM):

Looks confusing, doesn’t it? Let’s break it down.

First, you’ll need to work out how many employees you have. Use employee head count rather than full-time equivalent (e.g. if two workers share a full-time role but both work part time) and include all staff, except independent contractors or temporary staff who have been hired through an agency, even if they’re currently on a leave of absence. If you have a large company your employee head count is likely to vary throughout the weeks and months, so make sure you’re reporting this regularly to get an accurate picture of how many staff you have.

Next, add the total head count of each report together and then divide it by the number of reports produced about your employee head count to get an average. For example, if you or your HR department produced four reports in the month of June, with numbers of staff coming out at 150, 153, 148 and 149 in each respective report, your average number of employees for June would be 150.

Once you’ve got your average for the month, work out your ‘separations’ (individuals with termination dates in the month). This includes both resignations and dismissals but won’t include people who are temporarily laid off or on leave of absence or those not directly on your payroll (contractors and agency staff). Let’s say June saw three people resign and one person dismissed. You have four separations.

Finally, divide the number of separations by the average number of employees in the month. Then, to get the number as a percentage, multiply it by 100. In this case, your company had a June turnover rate of 2.67 percent.

According to job advertising website Monster, the average staff turnover rate across all sectors in the UK is around 15 percent. However, this varies massively from industry to industry. The retail and restaurant industries are known to have much higher turnover rates than most, cited as being as high as 65 percent (Korn Ferry) and 73 percent (National Restaurant Association) respectively.

Lots of factors affect the turnover rate of each business. In the retail and restaurant industries, for example, lack of career progression, poor average wages and their popularity as ‘interim jobs’ (e.g. for students who are just working in the industry until they graduate) may explain the reason why many businesses struggle to retain staff.

It’s useful to know the average for the specific world your business operates in. If you run a restaurant that sees lots of staff come and go, it’s reassuring to know you’re not necessarily a bad boss. However, if you run a financial services company (which have an average turnover of around 9 percent) but have an employee turnover rate of 25 percent, you need to review the way you treat your employees to find out why you’re struggling to retain them.

Find out why past employees left by asking them to fill out an anonymous survey or survey current staff to find out what they dislike about their jobs. Pay attention to their concerns and act on whatever you’re able to, such as conducting pay reviews or reprimanding managers for poor treatment of staff. If things that people dislike are out of your control, such as wages, address their concerns anyway. Acknowledging that you’re genuinely listening to concerns and being honest will also win you plenty of good will with staff.

There are also external factors that can contribute to high employee turnover. If your area has a large student population, you’re likely to have a higher turnover than average as your employees aren’t likely to stay for longer than the duration of their studies. Similarly, if your business is based in an area where population fluctuates greatly between the seasons, like a seaside town, you might struggle to retain workers for more than one season. If these apply to your business, still ensure you’re prioritising staff satisfaction so that you retain as many people as you can, even if external factors are working against you.

Article published on 15/01/2021 17:06
FOCUS ON BUSINESS SECTORS
Did you enjoy this article? Please rate this article
Average rating 5.0/5 based on 1 vote
These franchises may interest you

First Class Learning offers personalised learning in maths and English for children of all ages and [...]