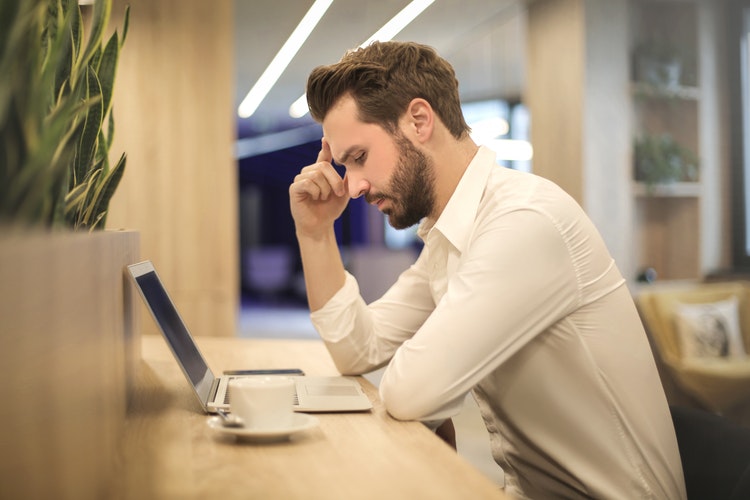 In this article series, we look at some of the most common myths circulating in the franchising world. First up: you may have heard the myth that franchising isn’t a legitimate business opportunity. We’re here to tell you why this simply isn’t true, where the myth has come from and why you should still consider starting a franchise.

Many people are sceptical about franchises, and one of the biggest reasons behind this suspicion is the belief that they’re not legitimate business opportunities. In this article, we delve deeper into this myth and show you why it’s unfounded – and why starting a franchise can lead to great things.

Franchises come under fire and are compared to pyramid schemes and multi-level marketing (MLM) systems, because, at their core, they’re also organisations that recruit investors to sell their products. In reality, franchising is reliant on far more than just recruitment, and it can be a fantastic way to start a profitable business with the support of an industry expert.

Let’s take a quick look at the franchise model before we go any further. Under the system, entrepreneurs buy the rights to use a franchise’s brand name and trademarks in their own business. They pay a monthly royalty fee to the franchisor or founder of the company, and benefit from the brand’s national or international reputation and existing customer base.

Franchisees also get access to a dedicated training programme and ongoing support to help them build a successful business. In many cases, franchisees can open additional franchise units in the future if they want to, increasing their reach and profitability.

In comparison, pyramid schemes focus far more on recruitment, as this is how they make their money. New ‘employees’ pay a fee to join the scheme, and then hire their own staff members, which pay a fee that filters back up the pyramid. The founder at the top of the triangle makes money as more and more people come on board.

Pyramid schemes are completely different from franchises, but they’re often thought of as similar business structures as they both attract investors and charge a joining fee.

The British Franchising Association (BFA) was born out of a need to differentiate honest, ethical organisations from illegal pyramid schemes. This regulatory body became the franchise sector’s guiding force, highlighting reputable businesses and refusing to accredit less worthy ones.

It was in 1977 that the BFA was formed. But, to this day, savvy entrepreneurs use its website and franchise events as a way to make sure they invest in credible businesses. Find its list of approved franchises here.

As the franchise sector’s governing body, the BFA has carried out many investigations to find out just how successful the industry is. Here are just a few of its most interesting findings from 2018:

As you can see, not only does the franchise sector hold huge potential for hard-working investors, but it’s also on the up, having grown in size over the years. To find out more, see the BFA’s research pages here and here.

If you’re still doubtful, there are plenty of franchise success stories from savvy entrepreneurs just like you!

Heather Salvador knew from a young age that she wanted a career in the world of performance. So, when the opportunity arose to become a Stagecoach franchisee, she leapt at the chance. Having been a singing teacher for many years, she and her husband Cris decided to take the plunge and become franchisees in the performing arts sector.

“It felt like a natural progression for myself and Cris to invest in our own territory. He’s also a classically trained singer and, although he hadn’t worked for Stagecoach before, he could see how much I enjoyed working with them. I fully believed what you were buying with a franchise was completely worth it. Stagecoach manage everything, from child protection and lesson planning to marketing and PR support. It meant I could concentrate on the development of the children and leave the rest to the experts.”

The children’s franchise helped the pair to research their preferred territory before they signed up and, in 2005, they became Stagecoach franchisees (just four weeks after Heather gave birth). Now, they run Stagecoach classes in Leeds, Chesterfield, Barnsley, Halifax and Pontefract, and attend the franchise’s extra training sessions regularly to make sure they’re maximising their profit potential.

Stewart Green began his franchising journey back in 2003, when he made the decision to purchase a Kall Kwik franchise. He explained: “I always knew that I didn’t want to reach retirement age and think to myself, ‘I really wish I’d set up my own business’.”

Over the years, Stewart grew his business and expanded it to offer more products, including web design and marketing support. Things were going well for him when, five years ago, he received another offer from Kall Kwik’s parent company, The Bardon Group. It wanted to know if he would be interested in bringing another one of its brands, business franchise Recognition Express, to the people of Suffolk.

Now, Stewart and his team of 11 employees run both businesses from one premises close to the centre of Bury St Edmonds. Although the prospect of running two businesses at once might sound daunting, Stewart said that it’s only helped to improve what he can offer customers. Thanks to his determination – and a lot of hard work – he has managed to build two profitable franchise units, all while helping other businesses get ‘recognition’.

There’s no reason why you can’t follow in Heather and Stewart’s footsteps by starting your own franchise!

Be aware of franchise scams

Like any industry, there are scams out there. When starting a franchise, you should make sure you’re aware of them and don’t act naively.

Of course, franchise scams are rare, and for every investor that falls for a con, there are far more that start lucrative and rewarding businesses and see long-term success. So, don’t be put off franchising just because there are people out there who want to con entrepreneurs. But how can you avoid them?

The bottom line is: do your due diligence. If you’ve thoroughly researched the business you’re interested in, you’ll know whether you’re investing in a legitimate opportunity. It’s understandable that you’ll be exited and want to get going quickly, but you’ll put yourself in the best position by learning everything you can about the franchise you’re joining.

Choose an ethical franchise The BFA has a list of approved franchises to help investors make a sensible choice.

Take the time to attend a Discovery Day and meet your future franchisor in person. Ask them all the questions you’ve prepared and make sure they’re everything they claim to be. If they’re to get the most from their business, they’ll want to make sure you’re right for the company too. So, if they’re trying to rush the process or pressure you into signing on the dotted line, consider taking a step back.

To find out more about how to tell if a franchise opportunity is too good to be true, read our article here.

Article published on 21/01/2021 08:00
LEGAL ISSUES IN FRANCHISING
Did you enjoy this article? Please rate this article
Average rating 5.0/5 based on 2 votes
These franchises may interest you