City Spotlight: A Quick Guide to Franchising in Glasgow 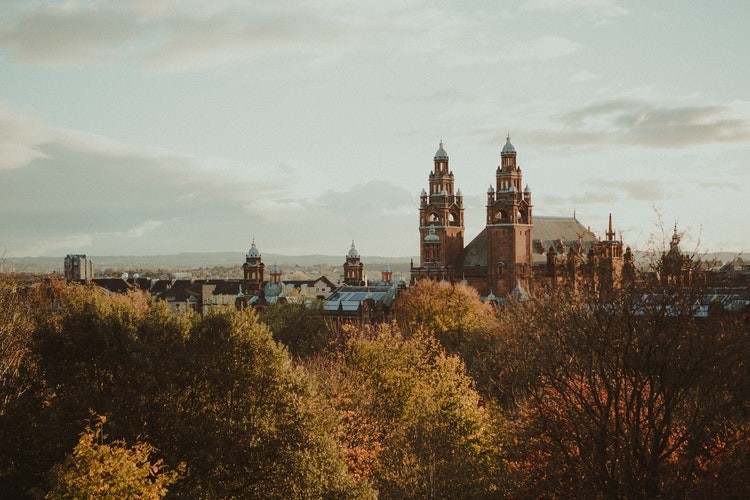 You may not have considered Glasgow for your next venture, but it has lots to offer entrepreneurs. With a rapidly growing economy and hundreds of specialist companies, it’s already proven its potential for future business owners. Here’s an overview of franchising in Glasgow.

Despite Edinburgh’s status as Scotland’s capital, Glasgow is the biggest city in the country, both in terms of size and population. More than 620,000 people call it home, while 2.3 million residents live in the wider conurbation.

According to the Glasgow Economic Strategy, the city is working towards becoming the UK’s most productive major economy and creating 50,000 new jobs in the next few years.

An overview of Glasgow

More than 48,000 businesses with a combined total of 856,000 workers are based in Glasgow. Impressively, just under 35 percent of all employed people in Scotland have jobs in the city. Plus, almost 40 percent of companies in the FTSE 100 have a presence there.

The city benefits from an unusually high proportion of young people. More than 70 percent of the population is of working age, between 16 and 64, compared to just 62.3 percent in England and Wales. This concentration of young adults could be a result of the region’s many educational institutions: the University of Glasgow, University of Strathclyde and Glasgow Caledonian University. The Glasgow School of Art and the Royal Conservatoire of Scotland are also nearby.

In fact, Glasgow has over 185,000 students from 140 different countries – the highest number in the whole of Scotland, and the second highest in the UK. Every year, 20,000 new students graduate in the city. What’s more, 46 percent of Glasgow’s residents between the ages of 16 and 64 have a degree.

The average salary in Glasgow is lower than across the UK as a whole, sitting at £29,000, as opposed to £38,600 (Payscale). However, Glasgow property is more affordable than in other areas of the UK, with the average home costing £185,552. In England and Wales, the typical homeowner pays £300,000 (Rightmove).

Glasgow has fantastic transport links, so travelling to other locations is fairly straightforward. The city’s International Airport is just nine miles from the centre and offers flights to more than 150 global destinations. You can also get to Glasgow Prestwick Airport and Edinburgh International Airport from the city in under an hour.

Trains take travellers to Manchester in three and a half hours, and London in under four hours and 15 minutes. There’s also an underground subway system. Thanks to the city’s extensive transport connections, more than 40 percent of the Scottish population can access Glasgow’s businesses.

The franchise sector in Scotland is thriving, with a mix of home-grown businesses as well as the big-name international brands. The sector creates thousands of new jobs every year and is a major contributor to the Scottish economy… Scotland has a superb and very proactive support network for franchising, including specialist lawyers, accountants, consultants and bankers.
—Pip Wilkins, bfa CEO

Running your own business in Glasgow

Those who are interested in franchising in Glasgow can capitalise on demand and maximise their revenue potential if they know which industries are thriving. Here’s a run-down of the city’s biggest sectors:

In Scotland, the franchising industry is valued at £1 billion, and 43 percent of the UK’s franchise businesses have a presence in the country (bfa-NatWest survey). There are lots of resources available for people who are thinking about running a franchise unit in Glasgow, many of which can be accessed at the region’s annual business events.

The bfa-accredited Franchise Opportunities Scotland is one of the biggest nearby exhibitions, offering the chance to network with industry experts and find out more about local franchise investment openings.

To find out more about franchising in Glasgow, see our list of the top investment opportunities currently on offer in the region. You’ll be able to view each business’s franchisee criteria on its individual profile page.