UK subscription box market to be worth £1.8bn by 2025, Royal Mail report shows 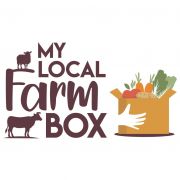 The subscription model has become increasingly popular because of its focus on personalisation, convenience and flexibility. Companies are becoming increasingly skilled at capturing feedback from customers to mould product contents to fit individual consumer preferences.

On average, shoppers said that had been signed up to subscription boxes for nine months; up from 5.6 months in Royal Mail’s previous report, as consumers are increasingly used to the subscription model.

UK consumers are increasingly seeking out alternative avenues to treat themselves and others during the pandemic. Between 2017 and 2020, spending on subscription boxes purchased as gifts for others increased by 121%. This segment of purchasing saw particular growth over 2020, driven by the greater difficulty in purchasing physical gifts, and the potential for subscription boxes to represent thoughtful gifts during lockdowns when many friends and family were apart. Almost 60% of shoppers who were surveyed said they had purchased a subscription box as a gift.

Subscription box services also gave customers the opportunity to ‘self-gift’ by trialing new products in categories such as health and beauty, at a time when physical browsing for non-essential categories was limited for large periods of the year. Elsewhere, demand from corporate firms for subscription services also rose as employers offered a ‘thank you’ to those who worked from home during the lockdown.

More than a quarter (27%) of all subscription boxes are delivered through a letterbox making Royal Mail’s combined letter and parcel delivery network ideally suited to this business model.

Nick Landon, chief commercial officer at Royal Mail, said: “The subscription box market continues to grow very quickly and the pandemic has provided even more opportunities for businesses to explore new revenue streams or for entrepreneurs to put their ideas into practice. 2020 provided a huge boost to the market and accelerated demand and growth. At Royal Mail, we are perfectly placed to support subscription box businesses and their future growth, whatever stage their business is at.

“With the UK’s largest “Feet on the Street” network of over 85,000 postmen and women, Royal Mail is playing a key role in keeping carbon emissions low. A large proportion of subscription items are sent in smaller boxes and so are ideally suited for low emission on-foot delivery by Royal Mail.” 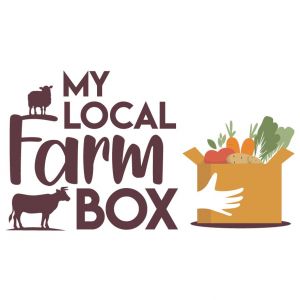 What does it take to be one of our local ‘foodie experts’?

Here at My Local Farm Box We're often asked what is an average week like [...]

GoliathTech Inc. is a manufacturer and leader in the engineering, design, manufacture, and distribution of helical (screw) pile foundations. [...]

Post & Packing is a post shop for retail and business that offers a range of services including archiving services, courier services, eBay and [...]