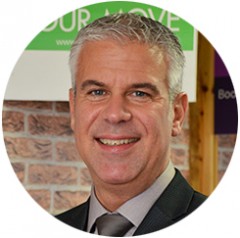 We sat down with Justin Pearce QFP (Qualified Franchise Professional), Director of Countrywide Signs to find out more about the exciting franchise concept, as well as his personal journey within the world of franchising. From working with NASA astronauts, to Zooming through a pandemic, Justin’s varied career can teach us a lot about succeeding as a franchisee.

Most careers are forged by happy accidents, rather than through cold hard intent.The former has led Justin Pearce to succeed in the worlds of sign making and franchising. Now, as the Director of Countrywide Signs, he spends his days imparting three decades of wisdom to franchisees both new and established.

During our chat, we found out more about Justin’s career, the Countrywide Signs franchise concept, and why agile planning is key to running a successful business. So, if you’re interested in starting a franchise with this exciting brand or simply want to know more about one of the UK franchising industry’s leading lights, read on!

After leaving sixth form, Justin found himself taking a role as a trainee sign maker by chance. The creativity and practical, hands-on nature of the role played to his strengths—and he was soon able to carve out an impressive career in the sector. 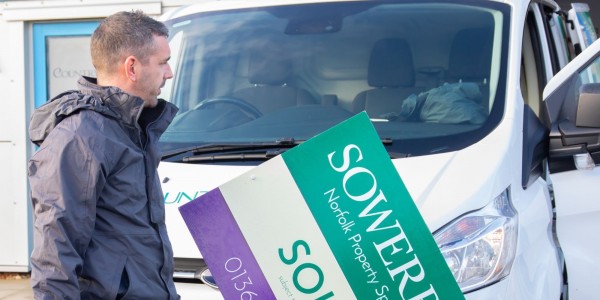 “I’ve worked for a wide array of sign making companies, which isn’t something I expected. I’ve been self-employed and pawned myself out to other companies,” laughed Justin. “Now, I’ve been in the industry for 30 years—two thirds of which has been in franchising.”

Justin made the leap from getting his hands dirty to management, taking up a technical support and national accounts role with a well-known national sign franchise. During his 17 and a half years there, he was able to gain experience in every area of the business and also learn about franchising while he furthered his knowledge of signs.

“I did training sessions for franchisees as part of their franchise training, ran workshops for their staff, performed demonstrations of van  wraps in front of live audiences, and even taught some NASA astronauts to make signs,” recounted Justin.

He also explained that having both franchising and sign making experience allowed him to really make a difference to new franchisees, as he could share tips he’d picked up in both areas.

Justin moved to Countrywide Signs in 2018 as its Franchise Development Manager and became Director in 2019. Reporting directly to the brand’s Managing Director, Tony Williams QFP, he supports people in every area of the business – from franchisees to support staff – and “ensures everybody is singing from the same hymn sheet.”

“We’ve been really big on ensuring brand integrity over the last 12 months and have made a big drive to harmonise our branding across every channel, including vehicles, uniforms, stationery  and digital marketing.”

Another key part of Justin’s role has been taking a proactive approach to franchisee management.

“I’m always keeping the network in touch, and I’ll often reach out to franchises that I haven’t heard from for a while (in addition to those who have regular contact with us) —normally about two or three every week. Communication is key to any franchisee-franchisor relationship, so I try to keep in contact with as much of our network as possible.

“I always like to reach out and touch base with certain franchisees from time to time, especially those who have been with us for a while and are very comfortable doing their own thing.”

Starting a business with a proven concept

One of the most attractive aspects of franchising is that it offers franchisees a chance to be part of something proven and reliable. Unlike an independent business, which has absolutely no guarantee (which is perhaps why 60% go out of business within five years, according to Fundsquire), franchisees tread a path that is littered with guidance and advice from their peers. 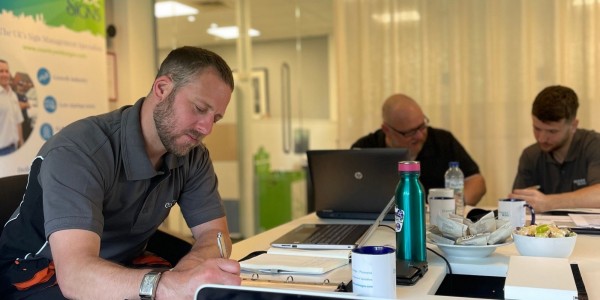 “With a franchise, you’re replicating a proven system and learning from mistakes others have made. You’ve got a training operations manual and franchise agreement, and these two documents form a robust foundation for business success.”

Justin also highlighted how a franchisor can shoulder the burden of the trial and error stage for franchisees, meaning they’re able to enjoy new products or services they know work.

“The onus is definitely on the franchisor to trial a concept. We do plenty of trials with concepts and ensure it is released to our franchisees only if and when it’s successful.”

One of the biggest challenges for any franchise brand is finding people or teams who can drive the brand forward. Justin explained that building a reputable brand is one of the most crucial factors in a successful recruitment strategy.

“We need to work out how we can get franchisees to come to us rather than our competitors—or even franchises in other industries. That means we’re always looking at how we can adapt and amend our offer according to changes in the market.”

“We partnered with Point Franchise early in the brand’s journey, as we were keen to partner with a website that offered a fresh perspective on franchise recruitment. It’s paying off and becoming even more user friendly, and we see value in what we receive as part of the network. Most importantly, it’s getting results.”

As our conversation came to an end, we asked Justin a crucial final question: In his opinion, what is one piece of advice every new franchisee needs to hear? 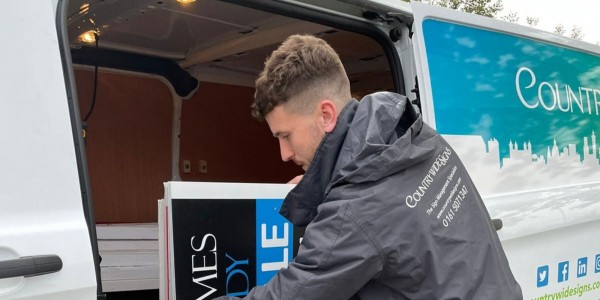 “The main thing for any franchisee is to do your research. It’s competitive out there and a franchise is a huge commitment, so the decision has to be right for both the franchisor and franchisee. We don’t accept everyone who expresses an interest in the franchise—and not everyone who enquires ultimately decides we’re the best fit for them.”

Justin explained that due diligence is something everyone should prioritise to make sure they’re going to be supported by their franchisor over the long term.

“When you buy a franchise, you’re not just buying a job and being told what work to do. You’re investing in a franchise that you can build into your own thriving business. We don’t want people to buy into Countrywide just for a dayjob; you need to have the drive and desire to buy a business and build it into something incredible.”

Setting yourself up for success with a Countrywide Signs franchise

If you’d like to find out more about investing in a Countrywide Signs franchise, which has an exceptional success rate to date, you can check out its profile page for more information. You can invest in this exciting business opportunity for as little as £22,950 +VAT, and begin offering a premium sign service with minimal overheads and maximum profit potential. 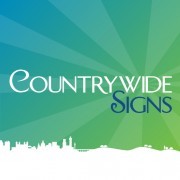 Countrywide Signs is a franchisor with over 20 years of impressive expertise in the property signage business, and its nationwide network is not [...]

£10,000 Minimum investment
Business & B2B Services
Request
information
Read more
Did you enjoy this article? Please rate this article
Average rating 5.0/5 based on 1 vote
These articles may interest you