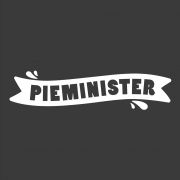 Pieminister is the producer and retailer of a range of award-winning pies. Founded in 2003, Pieminister cafes, restaurants and pie shops can be found across the UK.

During Veganuary (vegan January), Pieminister Exeter has been fully plant-based - and will continue to be until the end of the month.

Pieminister loves Veganuary, and all the increasingly popular month represents. That’s why, in 2022, Pieminister Exeter has been all vegan all month. In the words of Helen Greaves from Vegan Food and Living, speaking earlier in January, “A Pieminister restaurant has gone 100% plant-based for the month of January, and they’re offering tasty vegan options nationwide, too.”

In response to the success of Veganuary, Exeter’s Pieminister restaurant is going fully plant-based for the month of January. The restaurant franchise is keen to “encourage more meat-eaters to give the plant-based pies a try”, both in and beyond Exeter.

Pieminister’s Co-Founder Jon Simon shared his excitement with Vegan Food and Living about Pieminister Exeter’s January plans, expressing, “We’re confident that even the most hardcore beef pie fans in Exeter will be pleasantly surprised when they try a Mooless Moo instead. Made with deforestation-free jackfruit, slow-cooked in a rich, well-seasoned stout gravy and encased in a short, crisp pastry, many who’ve tried it say it’s hard to believe it’s not a classic steak and ale pie.”

Jon continued, “Creating a delicious meat, dairy and gluten free pie filling is relatively simple, but pastry without gluten and butter is another matter altogether! It’s taken years of trial and error to reach a point where we’re ready to launch our Gluten Free Mooless, just in time for Veganuary 2022. Our vegan, Coeliac customers have waited a long time for a decent pie and we’re confident they’ll love this new pie.”

This innovative pie giant is definitely taking the UK by storm this year, and you can find out more about a potential franchise investment via its profile page, which is linked above. 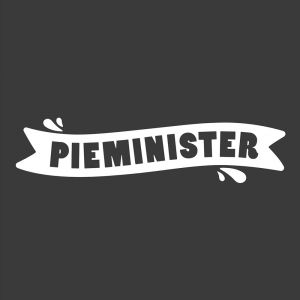 The restaurant franchise and pie retailer was recently thrilled to [...]

In honour of British Pie Week, which began yesterday, the popular pie [...]

The beer, which is a limited-edition pale ale, is produced partially from [...]