The Yummy Truth About Running a Fast Food Franchise 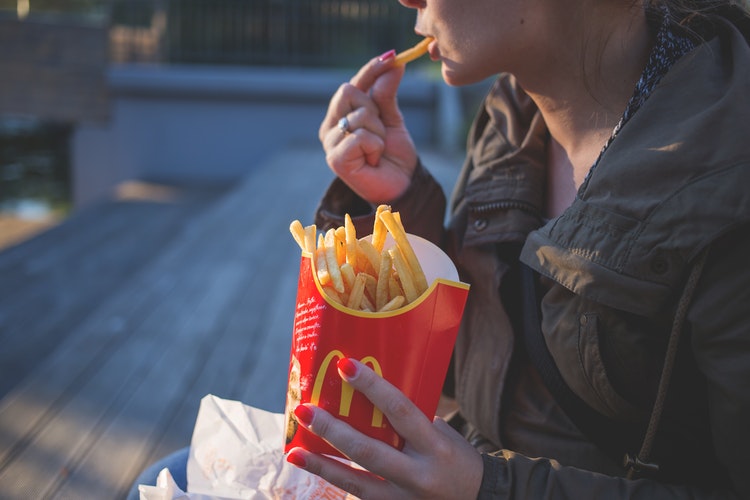 Whether it’s pizza, chips or a curry, it’s safe to say that we love to treat ourselves to a takeaway in the UK. Despite an increasing number of people becoming more mindful of what they put in their bodies, the fast food and takeaway sector has never been stronger. This is because of our need for cheap, on-the-go food that can satisfy our hunger without breaking the bank. That being said, many fast food businesses have started to introduce higher quality and healthier ingredients to appeal to a larger customer pool. Even McDonald’s has an area of its website dedicated to low-calorie meals.

Online platforms have also helped generate revenue for fast food businesses in recent years, but this has also increased the competition between fast food businesses. In this article we are going to examine the industry in more depth and explore the benefits of running a fast food franchise.

Between 2010 and 2018, the number of fast food outlets increased by 34 percent and the average number of takeaways per 100,000 people grew from 47 to 61 (BBC). Therefore, it’s no surprise that the total fast food and takeaway sales surged by 20.6 percent between July 2016 and 2018 (hospitalityandcateringnews.com). Traditional branded fast food restaurants generated £4.9 billion for the UK economy in 2018 (Statista), and delivery-focused branded restaurants a further £2 billion. So, with our fondness of fast food showing no sign of slowing down and with the market proving incredibly lucrative, why not consider running your own fast food franchise?

1. You can operate under an established brand

Just think how popular McDonald’s, KFC and Domino’s are. They are three of the most well-known fast food franchises across the globe and people flock to them in their millions (3.5 million customers a day order from McDonald’s!).

If you buy into a fast food franchise, you will benefit from immediate brand recognition and an existing customer base. Consumers like spending their money on brands they can trust, and recognised brands are generally associated with a certain level of quality. Investing in an established brand means you won’t have to spend as much on marketing your business in the early stages either.

New franchisees will learn all aspects of the business so they can run their own fast food franchise with confidence. Depending on how much experience they have in the industry, training programmes will often be tailored to suit induvial needs. Even after you’re up and running, you will participate in ongoing training sessions and have access to a strong support network.

Taking the franchise route is generally considered to be less risky, as the franchisor provides you with everything you need to thrive and prevent you making many wrong turns. This is supported by Whichfranchise, which found that only seven percent of new franchise owners fail within the first three years, compared to 90 percent of new start-ups.

4. Food franchises are considered to be a recession-proof industry

Even in times of economic uncertainty, food franchises generally don’t tend to suffer as much as other industries. There should still be a steady stream of customers looking to treat themselves occasionally, even if they can no longer afford luxury items.

5. Can make the most of innovations in technology

According to Martin Francis, the franchise director for HSBC, fast food franchise leaders McDonald’s and KFC are ahead of the game. As well as regularly updating their menu and making their restaurants more attractive, “many of these franchisors are adopting digital technology to improve customer interaction with their brand beyond their restaurants.”

He continues: “They know that their customers can choose to dine out or order food to eat at home. By developing mobile apps and teaming up with delivery service providers such as Just Eat and Deliveroo, they ensure that customers can still enjoy their products wherever they choose.” Platforms like these and Uber Eats help even the less well-known fast food businesses widen their customer base and bring in more orders.

McDonald’s recently acquired the New York-based artificial intelligence company Dynamic Yield for $300 million. The end goal is for the fast food giant to create a more personalised dining experience, in particular for customers using the drive through. The technology will advise customers on what they should choose, depending on what time it is, the weather and geo-trends. It’s also been reported that KFC and Domino’s have experimented with using drones for delivery. Therefore, there are plenty of exciting technology innovations that fast food companies can use to their advantage and attract customers with.

6. In the spotlight, a franchise success story

What started with working at KFC as a teenager transformed to owning 14 KFC restaurants by the time he reached 47. Akram Kahn is the successful franchisee in question and is an excellent example of how franchising can transform somebody’s life.

According to Akram, “When the opportunity to buy a franchise came up, I jumped at it. I like the structure of franchising – I haven’t got the confidence to open my own restaurant. This way, you have the autonomy of your own restaurant but you have access to expertise.”

In 2002, he invested in his first franchise, and just four years later he sold up and bought nine other KFC restaurants. He set up a company called Gastronomy Foods to manage his business interests and it’s now valued at an incredible £15 million. The success of Akram Kahn and other ambitious fast food franchisees can be attributed to the fact that there is an alliance between restaurant businesses that are keen to grow and individual owners who are willing to ‘go the extra mile’ (BFA).

Is running a fast food franchise a yummy idea after all?

This article has demonstrated that there are many benefits to running your own fast food franchise, drawing on advantages of the industry in general as well as the franchising model itself. If you’ve been tempted by these benefits, we have plenty of fast food franchise opportunities on our books at the moment.

The property industry is one of the essential pillars powering the [...]

How to Choose the Property Management Franchise That's Right for You

Making a career change is always exciting, but it’s quite a [...]

How to Make a Career Change With a Carpet Cleaning Franchise

Carpet cleaning is a profitable sector, with many exciting franchises [...]