Who’s the CEO at Pizza Express? 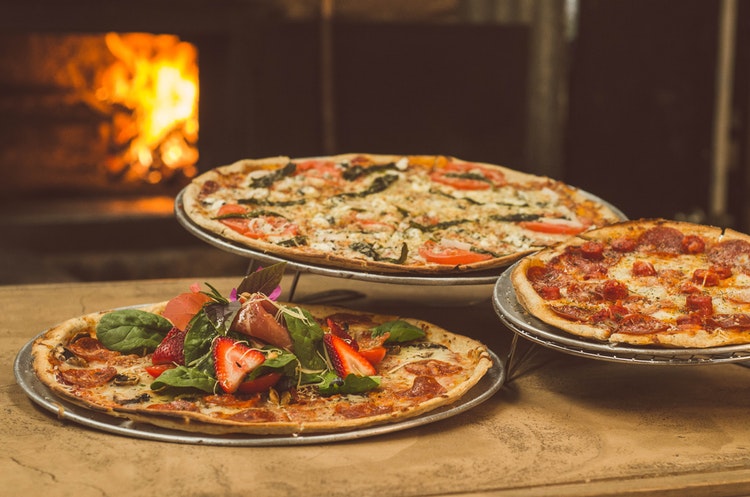 The Chinese-owned restaurant chain Pizza Express has been leading the dining industry in the UK for decades. The international brand is known all over the world for its authentic Italian cuisine, filling stomachs from London to Beijing. Since it was bought out by a Chinese investor in 2014, the brand has received a new lease of life and is headed in a new, progressive direction.

So, let’s have a look at the profile of the person who is currently at the helm at Pizza Express. His background, achievements and vision for the future are inspiring for any budding entrepreneur that wants to enter the competitive food and beverage industry.

The CEO of Pizza Express is Jinlong Wang, a Chinese businessperson that has worked his way up the company ladder to secure the top job. Before becoming the company’s CEO, Jinlong worked as the interim CEO of Pizza Express China during 2016/17. In this role, he proved his business expertise and capability to produce great commercial results.

Rewind 35 years, and Jinlong was studying for his BA in International Economics at the University of Economics and Trade in Beijing. He is a testament to the institution’s excellent reputation for producing some of China’s – and the world’s – most successful businesspeople.

Across his career, Jinlong has gained 30 years of experience in leadership, global business development, consumer branding, general management and restaurant operations. These are all skills that he has developed by working for an impressive portfolio of different multinational corporations.

Before being headhunted by the recruitment team at Pizza Express, Jinlong excelled in his role as President of Starbucks Asia Pacific and Chairman of Starbucks China. Under his leadership, the company managed to transform China – a historically tea-drinking nation – into the coffee brand’s second largest market.

CEOs tend to not publicly disclose their contact information. They reserve those details for investors, suppliers and retail partners. That makes it difficult to get in contact with them if you are not already an established name in business yourself.

One way that you could try and get in contact with Jinlong is Linkedin. He uses the platform to network with colleagues past and present, so it’s worth a try. That being said, some CEOs are more active on LinkedIn than others, who like to restrict their network to the people that they know.

The Story of Pizza Express

Pizza Express had a undergone a long journey when Jinlong arrived in 2017. Across 60 years of economic highs and lows, the company has grown to the international brand that it is today.

Founded in 1956, the company is a classic example of a go-getting British enterprise that took advantage of the booming post-war economy. Back then, the company was led by its Peterborough bred founder, Peter Boizot. He opened the first Pizza Express restaurant on Wardour Street in Soho after noticing that there was nowhere to get an authentic slice of Italian pizza in London.

In its early days, Pizza Express had a fond relationship with jazz. Performances from acts on the London circuit regularly took place at one of its restaurants on Dean Street in Soho. That turned eating out at a Pizza Express outlet into a nightlife experience that could be shared with family and friends.

After seeing rapid growth in the UK market, Pizza Express was floated on the London Stock Exchange in 1993. That coincided with the chain’s first and only franchise scheme, which ended three years later when the 25 franchised stores were bought back by the company.

In 2011, Pizza Express saw it as time for a rebrand. All of the chain’s UK restaurants were given a fresh makeover complete with a new colour scheme and authentic staff uniforms. Having recognised the potential of this modern, forward-thinking brand, Chinese firm Hony Capital bought Pizza Express in 2014 for a price of £900 million.

The current CEO of Pizza Express India is Ramit Mittal of Gourment Investments. He heads the business group that brought Pizza Express to the country in 2012.

Pizza Express has pinpointed India as a market that can propel the brand to new levels of growth in the coming decades. To harness the momentum of this market, the chain unveiled new restaurant looks at its leading Mumbai, New Delhi and Bengaluru restaurants.

Though Pizza Express briefly flirted with franchising in early 1990s, the company does not currently see the business model as a part of its expansion strategy. The Pizza Express owners believe that maintaining direct ownership of their stores is the best way to maintain quality across all of its operations.

However, this does not mean that Pizza Express will make another venture into franchising in the future. Things change fast in business and, like all companies, Pizza Express will have to evolve to satisfy the appetites of an increasingly hungry market.

Though the Pizza Express CEO is currently not keen to pursue franchising, there are plenty of other opportunities to start your own pizza franchise. Here on our network, we have plenty of business ventures available that can help you to take your slice of the industry.

Like Pizza Express, Bella Italia has offered many people raised in the UK their first taste of Italian cuisine. Having worked hard for decades to turn its brand into a household name, Bella Italia is now turning to innovative franchisees to help keep the brand ahead of the competition.

Bella Italia recently released a new menu to freshen up its diner experience. Judging from the amount of healthy dishes that restaurant franchise is introducing, it is clear that the brand is jumping on the wave of the clean eating movement. If you are interested in franchising with a progressive brand, the minimum investment starts at £350,000 plus VAT.

Another, more budget-friendly option is Fireaway. This franchise is one of the hottest names in the UK pizza game, and is looking for new partners to help it develop its presence across the county.

For a minimum investment of £49,000, you can be running your own pizza restaurant with the backing of a trendy, new brand. Fireaway offers its customers a truly customisable experience, with different ingredient combinations available to meet various dietary requirements.

Article published on 26/01/2021 17:02
ARTICLES FOR FRANCHISORS
Did you enjoy this article? Please rate this article
Average rating 4.5/5 based on 2 votes
These franchises may interest you

The perfect solution to work-life balance.

Are you looking for a flexible franchise, that can be run either full-time or part-time and started [...]