Why Franchising in the UK is More Popular Than Ever Before 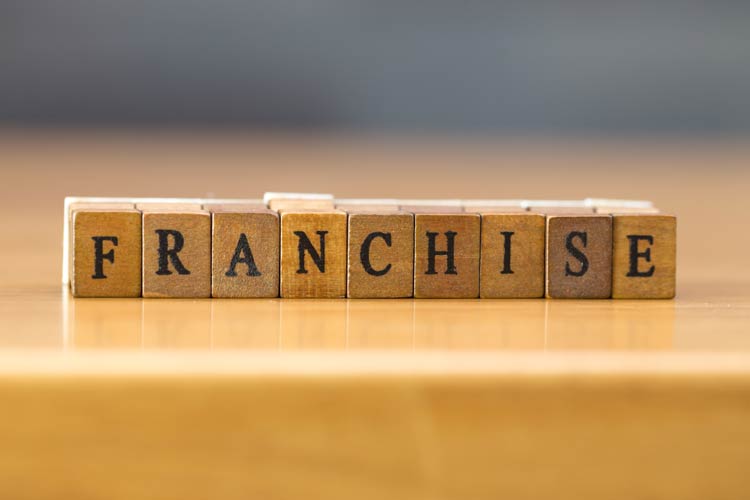 The franchise model has been around for hundreds – possibly even thousands – of years, but, as time goes on, more and more people are recognising the advantages of using it. This article takes a closer look at why the popularity of franchising is on the rise.

Research into the franchise industry shows just how quickly it’s growing. At the moment, the sector generates over £17 billion in revenue in the UK, but this figure was 15 percent lower just five years ago. Similarly, the number of people employed in the franchise industry has risen by 14 percent since 2015. And there are now 10 percent more franchise units in the UK than there were in 2015.

What’s more, multi-unit franchising is also on the up. While investors used to own a single business location, the number of entrepreneurs operating more than one site has increased by seven percent in five years. Now, 36 percent of franchisees run multiple units.

Younger investors and women are also increasingly recognising the reasons to start a franchise unit. In fact, 18 percent of franchisees are under the age of 30, and 37 percent of new investors are women – a figure which has risen by 20 percent since 2015. This makes it an exciting time for franchising as a whole.

So, why is the popularity of franchising on the rise?

1. There are more varied franchise opportunities

There was a time when franchising was associated with fast food chains and rapid large-scale expansion. But, in recent years, things have changed. Franchising now extends into almost every industry and is applied to virtually every type of business. While franchising remains a useful tool for large-scale expansion, it’s also being used as a means of developing smaller networks.

As a result, a vast number of businesses have now adapted their structure and become franchises. The industry’s association with fast food has been replaced by an understanding that franchising can work for a wide variety of businesses in a range of different contexts. From cleaning firms to vending machine companies and dog-walking organisations, there truly is something for everyone.

2. There are more established brands

Being able to benefit from a business’s existing brand awareness is one of the main reasons to start a franchise unit. Rather than worrying about launching marketing campaigns and getting their brand name out there, investors can concentrate on building and developing their businesses.

In previous years, there were just a few big-name brands taking on franchisees. Now, the franchise model is used widely; McDonald’s, KFC and Subway, for example, are all on the lookout for new investors. And the more established a franchise is, the more the franchisee will benefit.

With an increasing number of businesses using the franchise model to expand and reaching impressive levels of consumer visibility, more and more prospective franchisees are drawn to the business model. This, of course, only serves to boost franchises’ standing even further.

3. There are more investment options

With more franchise opportunities comes more variation in investment requirements. Budding entrepreneurs on a budget can join a thriving business for just a few thousand pounds, while those with the cash to splash can invest millions. The increasing number of low-cost franchise opportunities have broken down financial barriers for those who would never previously have been able to afford to start a business.

Also, thanks to the stability of the franchise model in general, more financial institutions are choosing to partner with established franchises and offer financing packages for its prospective franchisees. In some cases, banks will cover up to 70 percent of a franchisee’s initial investment.

One reason why the popularity of franchising has risen could be the improvement of franchise training schemes. The majority of franchises now offer excellent coaching programmes and high-quality ongoing support.

In an increasingly competitive market, individuals understand the advantage of relying on an experienced franchisor’s advice, guidance and expertise. Franchisees now view their franchise partnership as more than just a job – it’s an educational opportunity.

The fantastic learning programmes offer young entrepreneurs in particular a fantastic opportunity to get into business ownership without spending years working their way up the career ladder. In many cases, franchises help investors become proficient in business management, logistics or people management, providing them with the skills they need to go on to achieve entrepreneurial success on their own.

5. The statistics prove it works

Over the years, franchising has had an unbelievable success rate. You only need to take a glance at some of the statistics we highlighted at the start of this article to see how fast the industry is growing.
The franchise model has established itself in a number of different industries, and there are now many successful entrepreneurs acting as living advertisements for the system. This has given younger franchisees the confidence to try franchising for themselves.

These experienced older franchise professionals can give new recruits the support and guidance they need to launch a successful enterprise. With all these impressive role models, the franchise sector has attracted a new generation of entrepreneurs who are keen to manage and grow their own businesses.

The franchise industry is booming. Every time an entrepreneur recognises the benefits of becoming a franchisee and invests in a company, the strength of the industry goes up. This, in turn, makes the sector seem even more appealing to would-be business owners. As you can see, there are many reasons behind the rise in popularity of franchising, but it speaks volumes about the legitimacy and profitability of the industry.

Would you like to follow your entrepreneurial dreams by becoming a franchisee? We have a wealth of handy resources aimed at those looking to start their own business. You’ll find articles dedicated to every aspect of franchising, from choosing your investment opportunity to entering different industries, and following in the footsteps of famous CEOs to acing your marketing campaign.

How to Succeed as a Franchisor's First Franchisee

When you think about franchising, the prospect of being a [...]

5 Business Ownership Perks of Being a Franchisee

Running your own business is a common career dream, but all too often it [...]

8 Tips for Being a Successful Multi-Unit Franchisee

Growing your business doesn’t have to be difficult if you’re [...]

Article published on 19/04/2021 13:16
FOCUS ON BUSINESS SECTORS
Did you enjoy this article? Please rate this article
Average rating 4.5/5 based on 2 votes
These franchises may interest you

As an Approved Resin franchisee you will hit the ground running, All the tools, fully trained, [...]

Wolf Education specialises in the recruitment and selection of all personnel within the education [...]