City Spotlight: A Quick Guide to Franchising in Newcastle 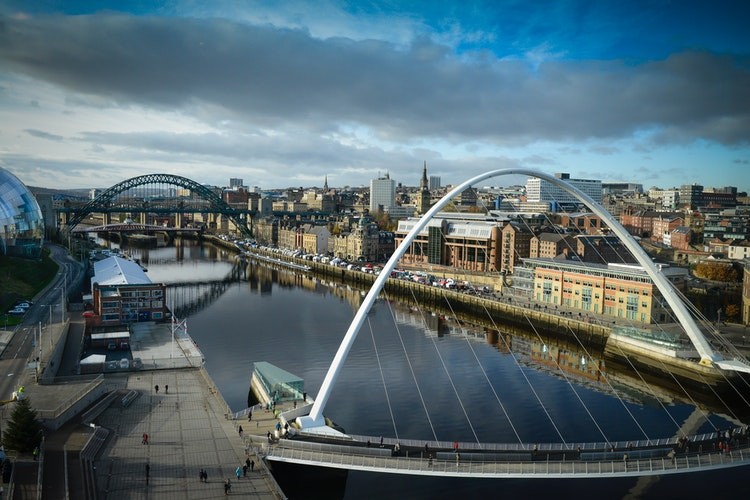 Have you overlooked Newcastle as a location for your next venture? The thriving city is home to the infrastructure needed to support fast business growth, so it could be a wise move to consider franchising in Newcastle.

With more than 1.7 million people living within a 30-minute drive of the city, Newcastle has huge potential for business owners building a talented workforce. It also has a reputation for excellence in science and research, as well as its large student presence and affordable property prices.

An overview of Newcastle

As a city with a relatively low population of under-18s, Newcastle’s residents have a higher-than-average age, at 41.2, compared to the 40.3 average in England and Wales. But it also has a higher proportion of working-age people, as 63 percent of the population is between 16 and 64 years old.

Average salaries in the region vary between £30,500 in Gateshead and £35,800 in Newcastle upon Tyne. These figures are slightly lower than the UK average, which sits at £38,600.

There are two universities in the city, and three more within an hour’s drive, putting the region’s student population at over 100,000. Newcastle has one of the UK’s highest graduate retention rates, at 55 percent, and the North East has the lowest employee turnover rate. In total, there is a skilled workforce of over a million people within just a half-hour drive of Newcastle.

Did you know? There are 1.1 million skilled workers within a half-hour drive of Newcastle.

Across the city, there are over 8,000 businesses. They benefit from the comparatively low property prices in the region. High-quality offices are roughly 30 percent cheaper than in other UK cities, and 68 percent cheaper than in London. Business owners who select Newcastle as their location of choice over other UK cities can save up to 40 percent in operational costs.

Houses are also more affordable in the area, with the average Newcastle upon Tyne residential property coming in at £182,000, compared to £310,000 in England and Wales generally.

The region also has convenient transport links to other locations in the UK and across the globe. Newcastle International Airport offers flights to more than 85 destinations worldwide, while over 30 trains leave for London every day, getting to the capital in 2 hours 45 minutes. In fact, Newcastle workers enjoy one of the lowest average commute durations in the UK, at 26 minutes.

Newcastle is also well connected digitally. A recent £12.5 million investment improved the region’s technological infrastructure, gave it one of the UK’s fastest broadband speeds and provided free Wi-Fi in the city centre.

Running your own business in Newcastle

Keep reading to find out more about Newcastle’s leading sectors and the areas holding high potential for business owners.

Newcastle has a rich climate for business growth, thanks to its extensive infrastructure and focus on education and innovation. For prospective franchise investors, potential could lie in the technology, professional services and logistics sectors, which have seen growth in the franchise world.

If you’re interested in franchising in Newcastle, you could take advantage of the various business events held in the area every year. The region hosts The North East Business Expo, while the Northern Franchise Exhibition is usually based in Manchester. By attending these high-profile events, you can mingle with like-minded entrepreneurs and share tips and advice.

To find more information on running your own business in the franchise industry, visit our article catalogue. We publish data-driven guides twice daily, covering every aspect of entrepreneurship, and you can use the search box to find the pointers you’re looking for.