City Spotlight: A Quick Guide to Franchising in Exeter 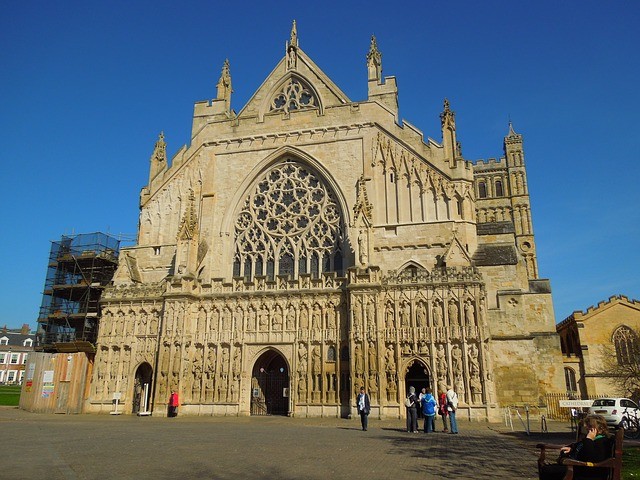 You may not have considered Exeter for your next business venture, but the city has lots to offer entrepreneurs, from its high-performing and innovative firms to its thriving cultural scene. Keep reading for your ultimate guide to franchising in Exeter.

Although Exeter is largely overlooked as a commercial hub, its output may be greater than you think. In fact, it’s the second most productive city in the UK and Devon as a whole generates over £16 billion a year - almost £2 billion more than Bristol.

The region’s proportion of employees is also four percent higher than England’s average, and its segment of self-employed workers is one of the nation’s highest, at 14.7 percent.

Exeter is home to around 583,000 people with an average age of 43.9 years. The city has an older population in comparison to England and Wales in general, where people are 40.3 on average. As a result, Exeter’s population of working-age residents is slightly lower than elsewhere, with 58.8 people aged between 16 and 64, compared to 62.3 percent in England and Wales.

Exeter’s business scene has expanded significantly in recent years, growing by 67 percent since 2004 at a rate well above the UK average. And between 2000 and 2010, the GDP per person rose by 32 percent. What’s more, one in three Exeter residents are educated to degree level; a higher proportion than across the UK in general.

Companies based in Exeter have recorded impressive levels of success. Devon’s business survival rate is five percent higher than across the rest of the UK, and the county grants three times more patents per capita than the national average. Plus, employees seem happy at their places of work, as 95 percent of businesses don’t struggle to retain staff.

Since relocating here from the South East of England, we have seen genuine benefits in terms of operating costs, staff recruitment and retention, supportive relationships with the city and county authorities and excellent links with the University and College.
—Rob Varley, Met Office

The city benefits from a number of exciting amenities and facilities. Recently, Exeter invested £94 million into the installation of super-fast broadband to achieve over 90 percent geographical coverage. Residents and businesses can also take advantage of the city’s  £380-million facilities at the University of Exeter Streatham Campus, and the £2-million medical research centre.

Exeter is also investing significantly in urban extension and housing developments to boost the local economy. The city will create over 17,000 square metres of warehouses at Peamore Centre, Alphington, and 46,000 square metres of employment and support services at Matford Green Business Park. The 24-hectare Exeter Science Park and Skypark Business Park are also exciting additions.

Business owners working in Exeter can enjoy convenient connectivity to surrounding areas. You can fly to London City Airport in an hour, or get to Manchester, Newcastle or Belfast in under an hour and a half. By train, it takes just over two hours to get into London, and the journey will last three hours if you’re driving.

Running your own business in Exeter

If you’re considering franchising in Exeter, it’s worth taking a look at the region’s most productive industries as a starting point. Across the city, several major international organisations have already set up premises, including the Met Office, Thomson Reuters and EDF Energy.

Here are some of Exeter’s most lucrative sectors:

Exeter could provide fertile ground for those interested in running a franchise business, as three of its four major industries - healthcare, professional services and digital - are productive franchising sectors.

Once set up in the city, business owners franchising in Exeter can benefit from the region’s impressive infrastructure and established development groups. Exeter Business Club is one of the city’s most exciting organisations, bringing together dynamic entrepreneurs and senior managers on Friday mornings for valuable learning and networking opportunities.

So, what franchises are there in Exeter? To get started on your journey to business ownership in the city, take a look at our selection of high-quality franchise opportunities in the region.