City Spotlight: A Quick Guide to Franchising in Edinburgh 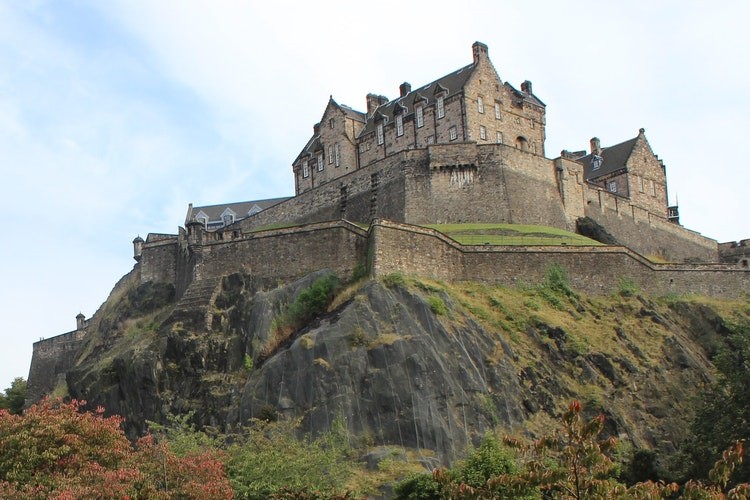 With rich history and architecture, a network of research facilities and a high proportion of skilled workers, the Scottish capital is a fantastic place to start running your own business. This is your quick guide to franchising in Edinburgh.

While the city offers a large population of highly educated workers and access to a diverse selection of leading organisations, it also has an impressive history. You can still see evidence of dwellers from the Bronze Age, Iron Age and Roman times, and wander through the medieval Old Town, Georgian New Town and Victorian suburbs.

Plus, Edinburgh has more green areas than any other city in the UK, including the famous Holyrood Park, which occupies a space of 650 acres.

The cosmopolitan population within Edinburgh, coupled with the high education that you get from the working population, gives us a great location that meets our needs and we see that continuing.
–Les Torrence, SYKES Regional Director

An overview of Edinburgh

More than 518,000 people live in Edinburgh, and it has the second highest proportion of people in their 20s of any Scottish city after Aberdeen, at one in five. Also, 15 percent of the population are in their 30s, the highest division in the country.

Workers in the city earn an average income of £31,000 per year. Popular professions include software engineers and developers, which come with a salary of between £19,000 and £57,000.

There are around 234,000 homes in Edinburgh, and the average asking price sits at £258,000. Meanwhile, rented property is leased for £1,122 per month on average. The city is known for its high proportion of tenement accommodation, as more than six in 10 people live in a flat.

Edinburgh businesses should have no trouble finding skilled workers, as the region has the third highest percentage of degree-educated residents of any UK city, after Oxford and Cambridge. Over half of the people in Edinburgh have graduated from university.

People living and working in Edinburgh benefit from the city’s high standards of living – something which doesn’t come with the same price tag as other UK cities. It’s around one third cheaper for businesses to set up here than in London, making the Scottish capital city an attractive place for entrepreneurs and established businesses to put down roots.
–Simon Capaldi, Knight Frank

The city is also easy to navigate on foot. More than 16 percent of people walk to work and four percent cycle. And if you need to get to destinations further afield, the city’s extensive rail network made up of 12 separate stations can get you there. Travelling to Glasgow by train takes just 42 minutes, and you can reach London in four hours and 20 minutes.

What’s more, Edinburgh is also well-equipped to support those who want to opt for more sustainable modes of transport. There are dozens of electric vehicle charging points available for public use across the city.

For international travel, you can take flights from Edinburgh Airport to more than 150 global destinations.

Running your own business in Edinburgh

If you’re considering franchising in Edinburgh, here are the key sectors you could benefit from joining:

Productivity is high, averaging over £70,000 per worker (gross value added), unemployment is the lowest of any major UK city and gross disposable income is the highest outside of London.
–Management Today

A productive yet picturesque city, Edinburgh makes a great base for those considering running a franchise business. If you’re seriously thinking about franchising in Edinburgh, why not make a trip to some of the local events to get a feel for the business landscape? You could opt to visit Franchise Opportunities Scotland or the Edinburgh Business Show to network with established entrepreneurs and pick up handy tips and advice.

You can browse available investment opportunities in Edinburgh or find more informative business guides right here at Point Franchise. Just use the search box to get started.