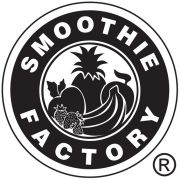 Smoothie Factory has joined the Point Franchise network to find savvy franchisees who want to invest in its exciting brand.

The concept behind the smoothie franchise dates back to 1992, when founder James Villasana couldn’t find affordable, nutritious smoothies while training for the Barcelona Olympics. He developed his own selection of tasty drinks, finally launching them as a brand in 1996, with an initial store in Carrollton, Texas.

Today, the international company has a presence in 20 countries across the globe, and has now set its sights on the UK and Ireland.

Smoothie Factory sells real fruit blends, as well as smoothie bowls, frozen yoghurt, freshly-squeezed juices and nutritious meals including salads and wraps under 500 calories. It’s proud not to use concentrates, purees, syrups or preservatives of any kind - even the frozen yoghurt is made with real milk and non-fat yoghurt.

Investors who join the smoothie franchise have a great deal of flexibility. You can choose the size of the outlet you launch, as the company has kiosks, express units and traditional stores, ranging from 20 to 100 square metres.

Plus, you can become an area developer with Smoothie Factory if you want to launch more than one unit. You’ll be able to establish multiple revenue streams by collecting money from your sub-franchises, and buy supplies from outside vendors if you find better prices.

The franchise works with its franchisees to tailor their menus to the demographics found in their territories. And the international support team will be on hand to help you track KPIs, resolve problems and improve your performance.

Smoothie Factory suggests franchisees make a total investment of around £100,000 to join the brand. This franchise offers great income potential, as you should be seeing a revenue of roughly £300,000 after two years in business. Find out more on its profile page, linked above.

Did you enjoy this article? Please rate this article
Average rating 5.0/5 based on 1 vote
These articles may interest you