Safeclean offers a look into its franchisees’ lives 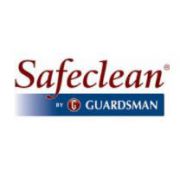 Safeclean has over 50 years’ experience of creating successful carpet and upholstery cleaning businesses across the UK. We believe in giving our franchisees independence and flexibility as a business owner, whilst providing ongoing support to aid business development.

Safeclean has shared the story of what a typical day in its franchisees’ lives look like to show the opportunity’s potential.

One of the main appeals of a franchise is the freedom it allows the franchisee over their day, when compared to being an employee. Carpet cleaning franchise Safeclean has shared the story of two of its hard-working franchisees to show those interested in the opportunity what a typical day might look like for them.

Firstly, it shared the story of Martin Jordan, who runs a management franchise. The ambitious businessman operates across multiple territories and has even recruited two technicians and his hard-working wife to cover all of the work he receives.

His day begins at 7am, when he arrives at his office to look over the jobs that need to be completed. When his employees arrive just before 8am, it’s time to brief them in with their work for the day. After they leave, Jordan makes sure to brief his wife on any admin and manage the diaries for the week ahead, before leaving at 9am to carry out appointments, including cleaning and quotes.

Between 9am and 4pm, Jordan says he’s out on the road carrying out work alongside his technicians. When he returns to the office, Jordan answers emails, makes calls and reviews the day’s work. By the time he leaves the office (usually between 6:30pm and 7pm), the next day’s work is set out and he’s ready to start it all again in the morning. Though his days are long, Jordan’s management business enables him to reap plenty of financial rewards to compensate for his commitment.

Matthew Clarke is also a Safeclean franchisee, but he operates as a sole trader and carries out all work himself. His day begins at 9am, when he reviews the day’s work and answers any emails that have come in. By 9:30am, he’s out on the road and heading to the first appointment. By 4-5pm, he’s completed a minimum of five jobs and heads home to complete any admin that needs to be done. Clarke says that he loves being a franchisee, as every day is different and he’s free to organise his appointments in a way that’s most convenient to him.

If you’re interested in becoming a Safeclean franchisee, the franchise is on the lookout for new people to join the business, both as management franchisees and sole traders. 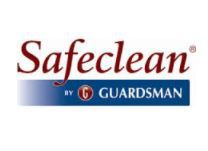 Safeclean has been sharing the stories of three of its most successful [...]

Safeclean has shared glowing testimonials that its franchisees have [...]

Safeclean is the newest franchise to join the network – let’s find out [...]

Safeclean is one of the biggest franchises of professional cleaning [...]

News published on 22/12/2017 11:00
Did you enjoy this article? Please rate this article
Average rating 5.0/5 based on 1 vote
These franchises may interest you