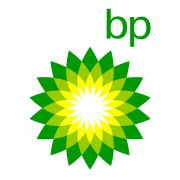 The petrol station franchise has extracted around 100 billion cubic metres of gas from the huge gas reservoir in the South Caspian sea, just off the coast of Azerbaijan.

Discovered in 1999, Shah Deniz represents BP’s largest gas resource at around 860 square kilometres. Having produced more than 196 million barrels of natural-gas condensate to date, the reservoir is thought to hold over one trillion cubic metres of gas and two billion barrels of condensate.

Building on this success, the Shah Deniz 2 will increase the 10 billion cubic metres of gas produced each year by 16 billion, filling up to 120,000 barrels of condensate every day. The construction of new pipelines will complete the Southern Gas Corridor linking the Shah Deniz field to Italy.

BP is also keen to develop sustainable resources to reduce its environment impact and is looking for opportunities to create renewable energy in Azerbaijan. Niall Henderson, Head of Planning and Commercial Operations, explained that BP already works with alternative energy in 10 countries and is in talks with ministries in Baku to extend this to Azerbaijan.

Mamedov stated, “With Shah Deniz 2 now up and running, the field will continue to contribute to BP’s, and indeed, Azerbaijan’s and the world’s energy transition efforts as we work towards meeting our commitments to advance a low-carbon future for all of us and our families.”