How to Evaluate Franchise Costs 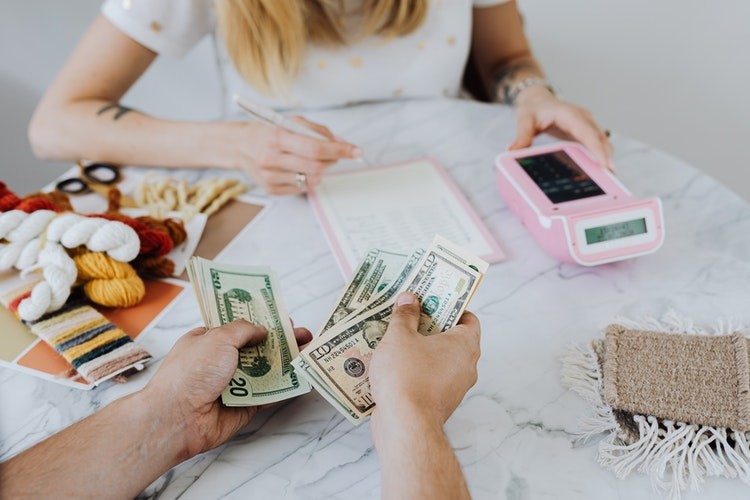 Wondering if the cost of your franchise investment adds up? If you’re wondering what franchise costs include, both at the beginning of your journey and throughout, we’ve put together a handy guide to help you know what to expect.

During the research phase of your franchise journey, the sheer amount of financial information out there can feel overwhelming. You’re likely wondering what franchise costs entail and why some franchises cost more than others to start up, and it can be tricky to find the answers. What’s more, costs can vary wildly from sector to sector, making it even harder to work out if your chosen franchise’s investment cost is reasonable or ridiculous.

That’s why we’ve put together a handy guide to franchise costs, which should give you a better idea of how much you can reasonably expect to invest in starting your own franchise. Read on to discover more about everything from the franchisee fee to sneaky ongoing costs that can crop up during your time as a franchisee.

When a franchisee joins a franchise, they’ll be required to pay something called the ‘franchisee fee’. This one-off payment can cover everything including:

The franchisee fee varies massively even within the same sector, as each franchise package is completely unique and its fee is down to the discretion of the franchisor. Research conducted by the bfa has found that the average franchisee fee is around £40,000, but it’s not unusual for it to be as low as £5,000 or as high as £1 million+.

Here are some things to consider when evaluating if the franchise fee you’re facing is fair:

The royalty fee, also called a ‘service charge’ or ‘management fee’, is paid to cover the costs of the ongoing support your franchisor provides. It varies wildly across the world of franchising, and some franchisors may not have any kind of management fee in place, so it’s tricky to offer an accurate average.

Some franchises charge franchisees a fixed royalty fee per month, while others favour a percentage model that can rise and fall in line with your turnover. Franchise professional Fiona Simpson told Forbes the average royalty fee a new franchisee could expect to pay is “around five or six percent” of gross turnover or profit, but that it can be as low as one or as high as 50 percent.

As a franchisee, low royalty fees shouldn’t automatically be seen as a good thing. If your franchisor doesn’t have a regular source of income coming in, they may lack the funds needed to invest in and improve the franchise network. As a result, you might feel as though support and innovation is lacking, leaving you feeling frustrated and stagnant in your business.

However, extortionately high royalty fees should also be regarded with caution. If your franchisor is asking for 40% of your gross profits (your profits before you’ve paid any taxes and expenses), you could end up having a huge amount of your hard-earned cash taken away. While that might not be so devastating if you’re generating a six or seven-figure turnover, it could turn a humble income into one that’s not sustainable to live on.

Not all franchises will charge an additional marketing fee, but it’s commonplace among national or international franchises that handle the majority of marketing and advertising centrally. Typically, you can expect to pay an additional one to five percent of your turnover or a set fee every month.

One of the most influential factors around a franchise’s financials is the value of intangible assets. Brand prestige, for example, can turn a run-of-the-mill franchise opportunity into a highly coveted one.

Let’s say you’re comparing the cost of investing in a McDonald’s franchise with a recently-established fast food franchise. On paper, it may seem like the franchise packages are comparable, as both require premises of a similar size, similar equipment and offer menus that are highly alike, yet the McDonald’s franchise may be 10x pricier than the other opportunity.

Getting to operate under a well-known brand is one of the most valuable aspects of franchising. All the years a franchisor has spent pouring their time, money and experience into building a company that’s instantly recognisable will give you a massive head start when it comes to winning new clients.

A new, less recognisable franchise can be just as exciting and rewarding as an international one, as you’ll get to be part of its exciting growth phase as an early adopter. It’s also a more accessible option if you’re looking to invest in a traditionally pricey sector with a more modest budget.

You’ll also need to consider the impact of other ongoing costs that will not be advertised as part of the franchise package. These include:

We hope this guide has helped you make sense of your chosen franchise’s costs. However, it’s so tricky to say whether an individual franchise’s fees are fair or not. If you’re unsure, it’s always best to consult with a solicitor and/or accountant who specialises in the franchise sector, as they’ll be able to offer you bespoke advice based on your unique situation.

If you’re looking for more handy hints, tips and information, check out our articles page for more research-backed content. And if you’re still on the hunt for the ideal franchise opportunity, check out our UK franchise directory, where you’ll find more than 300 incredible options.

Franchisee Tips: How to Slash Your Bills and Run a More Efficient Business

Seeing your money drip away through monthly bills can be demoralising, [...]

A Beginners Guide: Grow Your Franchise Through Investing

Looking to grow your franchise? Investing outside of your business could [...]

Concept Building Solutions is a claims management company, specialising in insurance claims and [...]