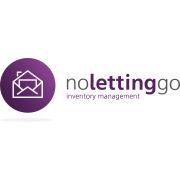 No Letting Go is a leading supplier to the Lettings Industry, with many national customers. As the largest inventory supplier we help you to build a six-figure income, with our repeat business model.

No Letting Go’s agents demonstrated how its services can protect landlords in the high-profile case of former N-Dubz singer Tulisa Contostavlos.

Female star of the former N-Dubz trio Tulisa Contostavlos has been ordered to pay a total of £70,000 by courts, thanks to the evidence provided by the inventory work carried out by the UK’s number-one Lettings supplier No Letting Go.

Mitchell Walters is the owner of the Barnet and Enfield branch of the property franchise, which was recognised for its work by the Negotiator Awards in 2018. He executed the inventory work on the flat and is responsible for many of the pricier properties in the city. Andrew Charalambous, the landlord of Contostavlos’ rental, said the inventory was to an ‘excellent’ standard.

Charalambous claims that the high-end, North-London flat was in impeccable condition before letting it out to the famous singer, but that it was vacated and left in a state that required expensive refurbishment. The damage included a smashed-up sink, countless stains, burn marks from cigarettes and some doors left completely off their hinges. It was rendered entirely ‘unlettable’, alleged the rightfully enraged landlord.

When the case was taken to court, despite Contostavlos’ lawyer’s best attempts to argue otherwise, the judge, David Saunders, ruled in favour of the landlord, who was then compensated over £70,000 for the repairs and legal fees he had to pay out.

Walters expressed that the franchise was “pleased to be able to contribute towards helping the landlord win compensation in his case against the former tenant, as the property was treated very poorly and would have cost him thousands to renovate and repair” and that No Letting Go’s record of the inventory “helped to demonstrate [the property’s] pristine condition at the start of the tenancy”, which helped win them the case.

He went on to emphasise the importance and value-for-money of investing in work done by professional inventory companies like No Letting Go, as “the high-profile nature of this case will help to remind landlords and letting agents about the potential financial implications of property damage”.

CEO of the franchise, Nick Lyons, reiterated that the supplier’s work clearly proved its importance in this scenario. He explained that when such disputes are taken to court, “being able to prove it through evidence becomes crucial if landlords want to recover costs for repairs and replacements”. This is where the work of No Letting Go is imperative for anyone letting out a property, no matter where the property is valued at on the market.

Property inventory management franchise No Letting Go has revealed it [...]

No Letting Go CEO gives us an insight into his business

Today we hear from the CEO of property inventory management franchise No [...]

No Letting Go makes the cut

No Letting Go has made the finals of one of the property industry’s most [...]

No Letting Go takes the gold

One of No Letting Go’s youngest franchisees has taken home the gold from [...]