Nicholas Humphreys Estate Agent The only specialist student letting agency franchise in the UK, with earning potential up to 2.5 times the income of a traditional letting agency

Student and Professional Lettings, Property Management, Residential and Investment Sales. We provide a heavily supported 3 month training and launch period to all franchisees.

Nicholas Humphreys has been acquired by The Belvoir Group and looks forward to future growth.

Through this acquisition, The Belvoir Group has demonstrated its commitment to support successful franchises with scope for further growth.

“Since founding the business in 1998, Nick Humphreys has built up a very successful sales and lettings network, particularly in the student lettings market, adding a portfolio of 6,510 managed units to the Group.

“With its bias towards lettings, Nicholas Humphreys is underpinned by a strong recurring revenue stream, whilst offering the opportunity to roll out Belvoir’s existing expertise in sales and financial services across the network.”

The group bought Nicholas Humphreys with cash reserves, so it’ll be able to start generating income and great returns for shareholders immediately.

Just 15 months ago, Belvoir acquired the Lovelle network, and has since received lots of positive feedback from its franchisees. The parent company has helped Lovelle strengthen its brand and occupy a stronger market position, and intends to do the same for Nicholas Humphreys.

The estate agency franchise currently operates a network of branches, with 18 franchised units and three company-owned offices. It’s also a full member of the British Franchise Association (BFA). The franchise won’t make any changes to its leadership structure, but its existing franchise support team will get help from Belvoir’s central office.

“I would like to take this opportunity to thank our franchisees and staff for their part in building Nicholas Humphreys into the recognised brand that it is today. I have known for some time that Belvoir would be the right home for the Nicholas Humphreys network. Belvoir has the experience of both lettings and franchising to provide the necessary professional support to our franchisees and I look forward to seeing the network flourish as part of the Belvoir Group.” 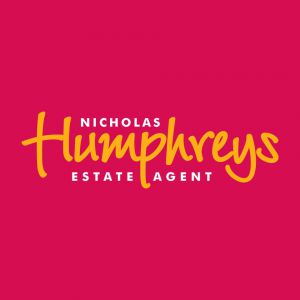 Nicholas Humphreys has explained why it’s a great time to buy a [...]

Nicholas Humphreys Estate Agent has spoken about how mortgage companies [...]

Nicholas Humphreys Estate Agent has created a guide to tell landlords how [...]

The franchisee behind the Sheffield (Broomhill and Crookes) branch of [...]