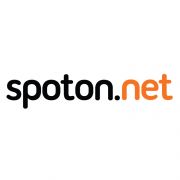 A spoton.net franchise offers you the opportunity to become the go-to name for businesses in your area when it comes to their website and online footprint. Our design team build the websites, so you wont be bogged down in the tech: youll promote, consult on, and sell itseeze website packages to local SMEs, as well as providing a range of digital marketing services which help enhance your profits.

A Hull based franchisee and Spotons marketing manager are in the running for EWIF awards.

The end of last month saw the announcement that Sarah Johnson and Amy Cross-Weber  a Hull based Spoton franchisee and marketing manager respectively  will be attending one of the franchise industrys most glamorous awards night.

Alongside three other contenders, Sarah has been nominated for the EWIF (Encouraging Women into Franchising) New Woman Franchisee of the Year. She has worked tirelessly with her husband, Nic, to drive her new franchise to the best-ever first year results seen for an itseeze website consultancy.

Meanwhile, Amy has been nominated for the Woman Franchisee Employer of the Year category. Her work has seen more traffic than ever land on the itseeze.com website  which is a brand owned by Spoton.

She said: I am so grateful to be acknowledged by EWIF for my work in supporting our many franchisees. I genuinely love doing what I do  I get to help franchisees to grow their business and then I get to witness first-hand the life-changing impact this can have on them and their families.

Sarah also reflected on her personal achievements, stating: To be selected as one of just 3 new woman franchisee of the year finalists for the whole of the UK is a real honour.

The awards ceremony is due to take place on the 1st May in London at the RBS building. Whatever happens, the event will be one to remember for two individuals who have put their heart and soul into this internet franchise during the last year.

These two women are brilliant examples of the heights that can be reached by becoming a Spoton franchisee. With the support of the franchise  and a healthy measure of graft  both of them have reached the pinnacle of franchising success.

Did you enjoy this article? Please rate this article
Average rating (5/5) based on 1 vote(s)
These articles may interest you