About Jackson Fire and Security
Franchise

Our team of professionals and highly skilled engineers are extremely passionate about what we do and are experts in the different services we offer. Jackson Fire and Security is accredited by the BFA and is the first of its kind open for partnership across the UK. When you become a Jackson Fire and Security franchise owner, you’ll have the freedom to manage your own jobs, set your own schedules and generate your own income with the aid of a system that is proven to work. 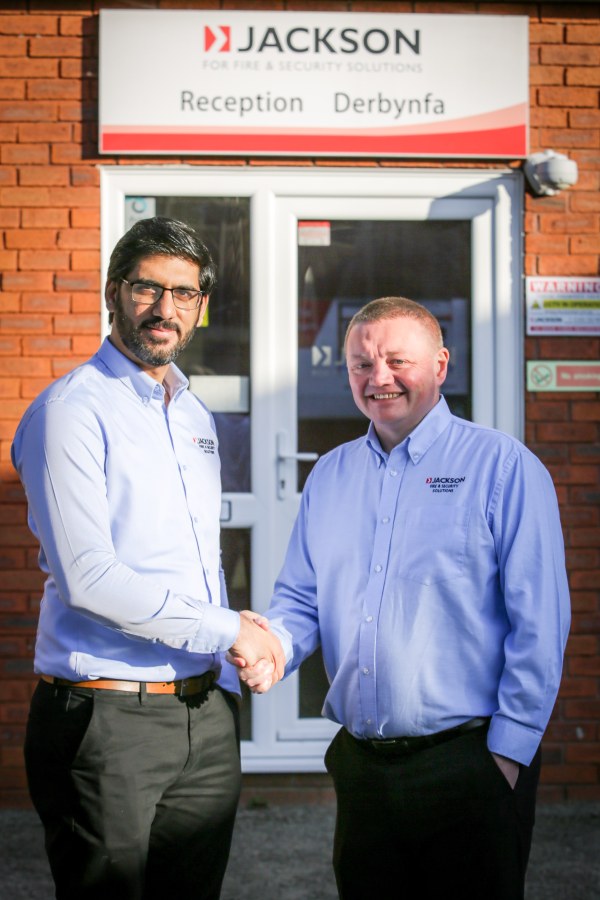 To get started, there would be a 30-day training programme to equip you with all the knowledge about our business operations at our Head Office in North Wales. Training will include IFEDA fire safety, security systems, field sales and engineering days. This will also be supplemented by Security Industry induction courses, which will provide the professional qualifications required to deliver our service. Additionally, there will be an ongoing programme of value-added third-party accreditation training, which will help you develop your business skills and market credibility.

Our marketing department will help develop a marketing launch campaign and our Franchise team will continue to provide valuable guidance on amplifying your brand presence. Our engineers, designers and estimators will provide you with support on our different services and products and we will also provide desk and field support as you grow your business. 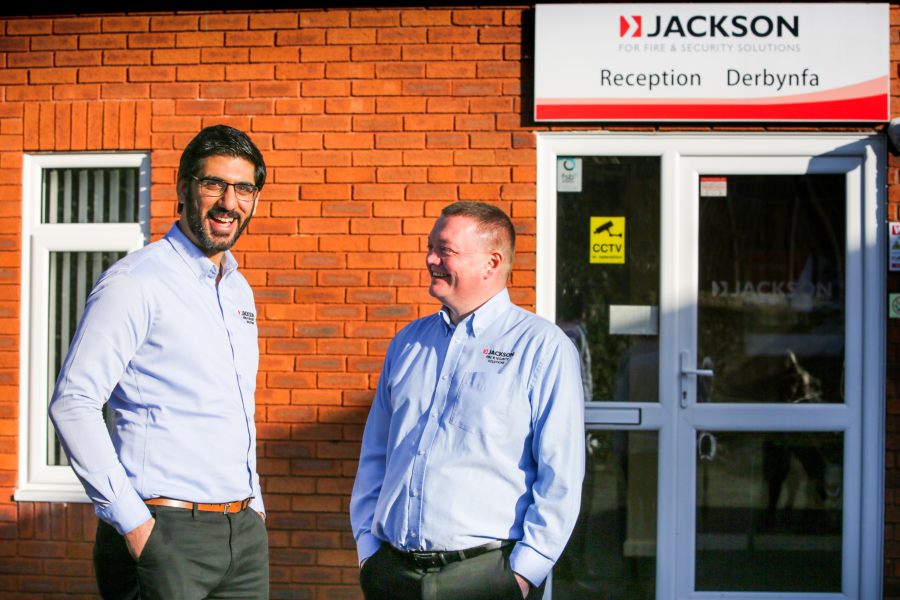 If you are a self-motivated business owner, then investing in a Jackson Fire and Security franchise is the way to go. A minimum investment of £69,500 is required which is made up of our £39,500 franchise fee and an advisable working capital provision of £30,000. If you need help securing funds, we can contact our major bank partners to assist you to structure your investment.

Jackson Fire & Security were established in 1991 by founder and managing director Steve Jackson, starting by servicing fire extinguishers in their local area. Steve quickly grew the offering and employed multi-skilled engineers in order to provide a comprehensive fire and security solution. Jackson Fire & Security are now established nationwide with 10 franchise branches throughout the UK. 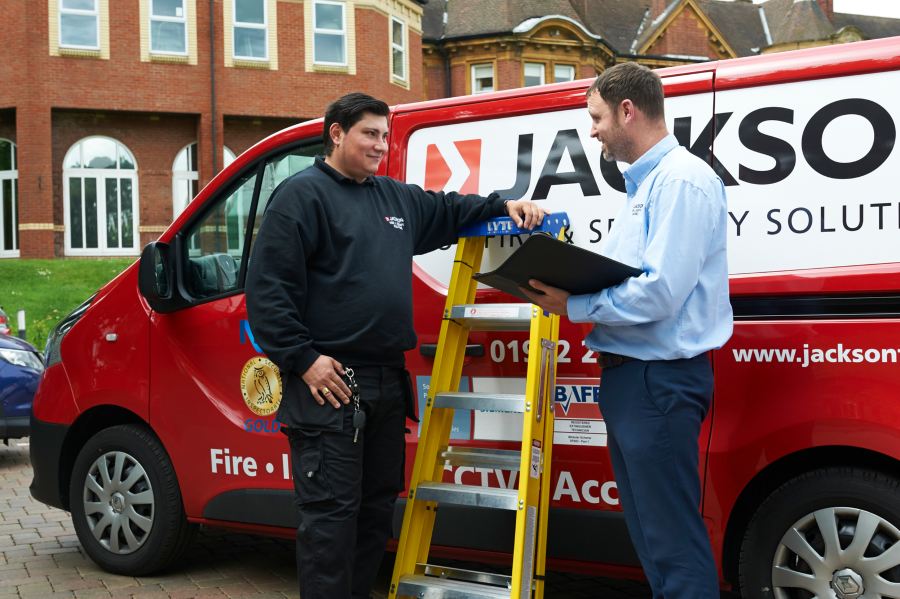 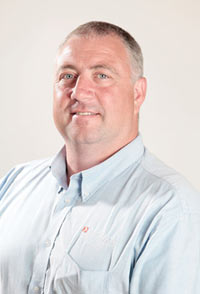 Lee Fowler knew all about Jackson Fire and Security as he’d worked for them as a Project Manager for three years before launching his Wirral-based franchise in May 2014. While he didn’t know a great deal about franchising, his experience with the company meant he was confident he’d get the support he needed to make sure his franchise business became a success.

Lee had also previously worked as a service manager for another Wirral-based security company so, combined with his time at Jackson Fire and Security, he felt very comfortable taking on the franchise.

He says ‘I was already effectively doing the job in-house so I knew the challenges for me were going to be more about learning how to run my own business and building my client base. But I’m very independent and I was keen to be my own boss. I was ready to put the work in to succeed and the franchise gave me the perfect opportunity to make it all happen.’

Knowing the industry beforehand helped Lee get the business off the ground quickly. He’s received ongoing support and has established a good customer base. Now he’s been running the franchise for a while, what does he like about it in particular?

‘It’s very difficult to choose one thing. I like the flexibility and variety that comes with the work and I like knowing I have the support of a well-established company who have an excellent professional reputation. They have the highest possible industry standards and accreditations and that doesn’t just give our clients peace of mind; it also means the franchisees know they can get great advice and draw on the best possible support and expertise when they need it.’

A business to be proud of through franchising 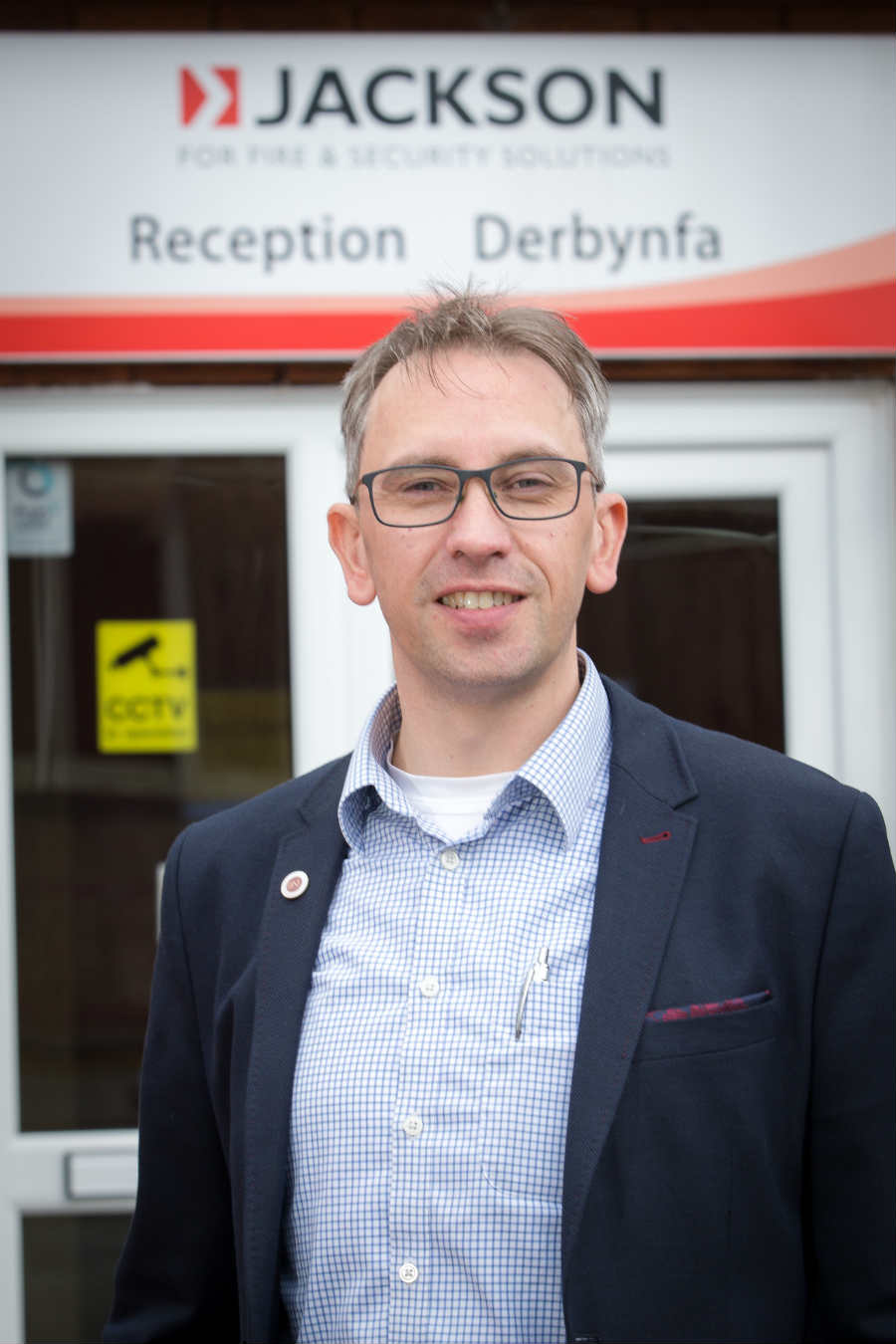 Nigel Knowles had enjoyed a successful career in the corporate sector. As an electronic engineer, he’d always worked in niche, specialist areas but in recent years had moved into technical sales. His job took him all over the world.

Catalyst for change
Despite doing a job which called on his specific expertise, Nigel was becoming less and less satisfied with his work and the company which employed him.
“I’d always worked for large corporate organisations and could see how much money they were making, but that money seemed to be for the shareholders. The companies didn’t always have the customers or employees in mind.”
Nigel’s job required a great deal of travel and he started to feel ready to do something closer to home. This, combined with his increasing desire to be at the helm of his own business, led Nigel to see what options were available to him.

Why franchising?
“Investing in a franchise would give me a business in a box, so to speak, and that’s what initially drew to me to consider franchising.”
“The reassurance that having a ready-made business provides when you’re considering leaving employment is significant. To me, a franchise seemed like a much better option than starting from scratch on my own.”

Why Jackson Fire & Security?
“It was immediately apparent that my background and experience with technical products meant I was a good fit for this business. Although the products are very different to what I’d been working with, the principles were the same, and my skills were transferable.”
Nigel was also impressed with their business model and the clear focus on delivering excellent customer service, so when he received a phone call after the event inviting him to attend a discovery day at the Jackson Fire & Security head office, he jumped at the chance.
“The discovery day cemented my interest in this business and, as I learned more and more about it, I was sure this was the right franchise for me.”

Being your own boss
Now that Nigel has got his franchise established, he’s looking forward to expanding his team and to growing his revenue. He reflects: “With this franchise I am officially my own boss. While it is expected that you work within the franchise model, there is so much scope to stamp your own personality on the business. The day-to-day operations and how you deal with your customers is entirely down to you.”

Hear what our franchisees have to say…

Citing an inquest into an April 2017 fire at Newgrange Care Home, Hertfordshire, the fire security franchise explained the lessons that could be [...]

The security franchise recently shared a blog detailing what qualifies as anti-social behaviour and what can be done to prevent it from [...]

The franchise was inspired to share this guidance for GP surgeries by stories like one of a GP surgery attack in Openshaw last September, which [...]

Jackson Fire and Security talks managing the fire risk of...

The security franchise recently shared a blog on the Jackson Fire website delivering advice to landlords about the use of portable heaters in [...]

In a recent blog post from Jackson Fire and Security, the franchise explored the ways in which hospitality premises like hotels and restaurants [...]

The results of a 2021 government consultation about terror attacks in public locations were recently shared, and Jackson Fire has now broken [...]

How Jackson Fire and Security built a recession-resilient...

We caught up with Rachel Evans, Franchise & Marketing Manager at Jackson Fire & Security, to hear more about the unique, recession-proof [...]