Marketing Your Franchise: The Biggest Franchise Marketing Mistakes to Avoid 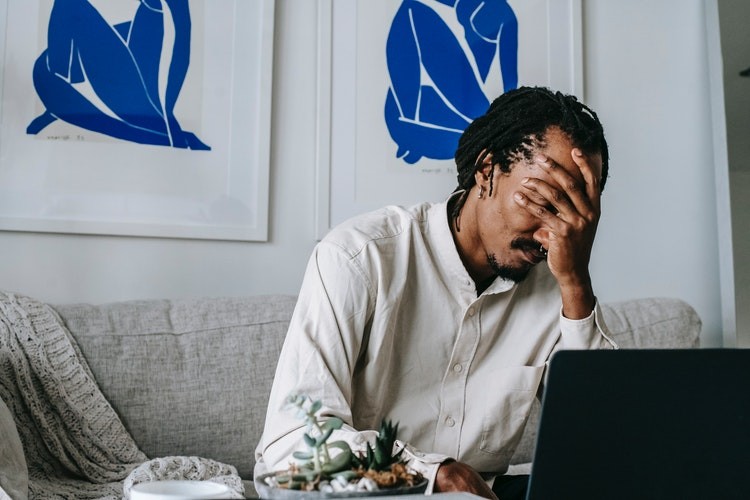 Everyone makes mistakes - even the CEOs of huge franchise brands. But by educating ourselves on the blunders other people have suffered previously, we can reduce the chances of slipping up ourselves. Here are eight of the biggest marketing mistakes made by franchises in recent years.

When it comes to franchise marketing, the more prepared you are, the better. Many of the errors below can be avoided with just a bit of extra digging, whether it’s through market research, PR checks or reviewing previous promotional storms.

In the old days, businesses that gave us a lesson in how not to market a franchise were laughed at among friends on the street. Now, their posts go viral on social media and are stored online forever. So, it’s never been more important to understand franchise marketing mistakes and learn how to avoid them.

Let’s start with one of the most common business marketing mistakes: mistranslation. Many franchises have expanded internationally, and others are in the process of going global. As a result, there have been a huge number of linguistic mistakes in promotional material replicated across business networks.

For example, when KFC launched in China in the 1980s, its famous “Finger Lickin’ Good” slogan was translated as “eat your fingers off”. And when Ford promoted its Pinto car in Brazil in 1971, the company failed to realise “Pinto” means “tiny male genitals” in Portuguese.

You can avoid this type of marketing mistake fairly easily by consulting a professional translator before taking your product to international territories.

Before you release an advert, it’s worth running it past several demographic groups to make sure the content doesn’t have any negative connotations.

Then, you’ll avoid the mishap experienced by Nestle, when it made its Instagram debut by posting a picture of a bear playing the drums with KitKats for drumsticks. Unfortunately, people were quick to notice the resemblance between the fun character and a dark meme called ‘Pedobear’, which often crops up on social media.

Taking the time to run the post by some of Nestle’s younger or more social-media-savvy employees might have spared the franchise some embarrassment on its first day using Instagram.

Burger King has long been associated with its regal mascot, ‘The King’. But, after a redesign in the early 2000s, the character came to be known as ‘Creepy King’.

In 2011, the franchise decided to get rid of the creepy-looking mascot, with CFO Josh Kobza explaining he “scare[d] away women and children”. The character did briefly reappear in 2015 as part of Floyd Mayweather Jr’s entourage in a boxing match with Manny Pacquiao, which cost Burger King $1 million.

Although there’s no evidence to suggest Burger King lost revenue as a result of the unlikeable mascot, the reaction from the public and press almost certainly damaged the franchise’s reputation. Getting an outside opinion is always a good idea before altering a beloved icon.

Do you remember when Gap changed its logo in 2010? Since 1986, the retailer had been identified by its white, elongated letters on a dark blue background. The branding was simple, effective and easily recognisable.

On the 9th October, Gap released its new look: black, sans-serif Helvetica font on a white background with a small, blue box behind the ‘p’. The new logo generated a huge backlash and, in a highly uncommon turn of events, Gap decided to go back to its previous branding just three days later.

This franchise marketing mistake demonstrates the impact a rebrand can have on its customer pool. With something as subjective as logos and digital designs, it’s hard to know whether people will react positively to new branding. But hiring experienced design specialists, conducting market research and reviewing previous marketing mistakes can help you avoid disaster.

There’s a long history of businesses releasing marketing material with sexist undertones. Whether they’re accidental, coincidental or indicative of a larger problem within the company, they can have a devastating impact on revenue and reputation.

In spring 2017, Co-op created a poster with the intention of encouraging parents to reward their children by giving them one of the supermarket’s Easter eggs. The campaign featured the words: “Be a good egg. Treat your daughter for doing the washing up.” While the franchise probably never meant to appear sexist, the connotations of its poster were clear and many shoppers criticised Co-op.

You don’t need to be a marketing pro or PR expert to see why adverts like Co-op’s Easter campaign might cause offence. Try to get feedback from as many people within the franchise as possible before releasing promotional material. Ideally, consult individuals from a wide range of societal groups to increase the chances of unearthing potentially controversial messages.

With the rise of social media marketing, many franchises have taken the opportunity to publish more light-hearted content than usual, making cultural references and even cracking jokes. But when businesses cross the line from ‘relatable banter’ into ‘inappropriate comments’, customers turn away from them, sometimes forever.

Back in 2015, the US food franchise IHOP tweeted a photo of a pancake with the caption: “Flat but has a GREAT personality”. In releasing this post, the company immediately alienated half the population and caused outrage across the world.

IHOP apologised for its words, but the business has come to be recognised for its suggestive and tongue-in-cheek social media statements.

Unless you’ve developed a highly detailed PR strategy in collaboration with a number of experts, it’s a good idea to steer clear of innuendos and provocative content. Again, the more people you include in your marketing efforts, the less likely you are to offend.

In general, trying to eliminate prejudices and start conversations is an honourable move. But we have to accept there are times when customers just don’t want to broach tricky topics - and when raising certain subjects is just inappropriate.

In 2015, Starbucks launched its ‘Race Together’ campaign. Baristas wrote the encouraging words on their coffee cups and tried to get customers talking about race. While the initiative was well-meant, the approach was slightly misjudged, as employees discovered people simply didn’t want to discuss a thorny topic like race as they purchased their morning coffees.

McDonald’s has also tripped up in trying to raise controversial issues. At the start of 2016, it brought up events like the Boston Marathon bombing and 9/11 on advertising boards underneath its famous branding. People were shocked and offended, posting angry responses to the marketing campaign on social media.

One of the best ways to make sure your marketing material hits the right note is to identify a link between your franchise and the topic you’re raising. Make sure your message is helpful and relevant before jumping to acknowledge tricky issues.

Now for a more light-hearted mistake. In 2018, Domino’s launched its Domino’s Forever campaign, promising to give away 100 free pizzas every year for 100 years to anyone who got a tattoo of the company’s logo.

Unfortunately, the franchise woefully misjudged the lengths customers would go to get their hands on free pizza. After hundreds of people took the business up on its offer, Domino’s had to quickly backtrack, announcing it would only be crowning 350 winners. The initiative, which the franchise was going to run for months, was cut short within just a few days.

What can we learn from this marketing mistake? It’s a good idea to apply ‘terms and conditions’ from the start, telling customers what type of response you’ll accept and how many people can benefit from the promotion. A bit of market research should tell you how much interest you can expect to generate.

More guidance on marketing your franchise

For more franchisor tips, take a look at our article: Lessons Learned From The World's Biggest Franchising Scandals or use the search box to find other relevant business guides.

Franchisee Tips: How to Set Realistic Expectations For Franchise Success

Running a franchise can be a demanding job. In order to be successful as [...]