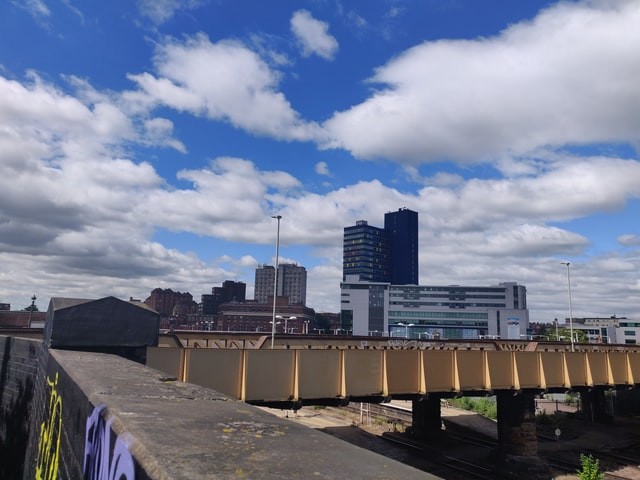 Over the past five years, Leicester has attracted a high level of investment and reported faster growth than London, Birmingham, Nottingham and the national average. By choosing to start running your own business in the city, you can become part of a thriving commercial network. Here’s our guide to franchising in Leicester.

Located in central England with easy access to many nearby areas, Leicester - and the wider county of Leicestershire - has evolved to become an attractive and profitable region. In fact, it currently has an economy worth £25.9 billion - the largest in the East Midlands.

Keep reading to find out why we believe Leicester could be the perfect spot for you to consider running a franchise unit.

An overview of Leicester

Leicestershire houses more than a million residents and half a million workers employed at around 42,000 businesses. There’s great potential for companies to access a wide talent base, as a further 3.5 million people are based within a one-hour drive of the city. Plus, companies have a potential customer pool of over 22 million consumers from nearby regions.

Leicester is a relatively young city, as its residents have an average age of 39.5 years, while the figure sits at 40.3 across England and Wales. In fact, the region has a lower median age than Birmingham, Bristol, Newcastle and Edinburgh. And around 26 percent of people are aged 16-29, pushing Leicester’s proportion of working-age residents up to 63.1 percent, above the 62.3 percent average across England and Wales.

We came here because of the high-quality workers and because the business community wants to work together to help each other and to grow the city.
—IBM

Both Leicester’s salaries and property prices are below the UK average. Earnings dip to around £26,300 in Melton and rise to £36,800 in Charnwood, while people across Britain in general generate an average income of £38,600. And if you want to buy a flat or house in Leicester, you’ll need to part with roughly £259,000, compared to £320,000 across England and Wales.

If you opt to start running your own business in Leicester, you’ll have access to a wide range of talented workers, facilities and opportunities in the surrounding areas.

To name just a couple of the biggest perks, around 98 percent of the UK’s population lives within a four-hour drive of the city. Plus, you’ll be able to tap into a highly skilled workforce, enhanced by three world-class universities: Leicester, De Montfort and Loughborough, where over 60,000 people study.

Running your own business in Leicester

Leicester is regularly recognised as one of the best places in the UK to start a business, as more people choose to become their own boss in the city than anywhere else outside of London. Plus, the region’s new businesses tend to survive longer than start-ups in other key competitive areas.

Perhaps the city’s promising business outlook is the reason why many big-name brands including Amazon, Next, Santander and Walkers have established offices there.

If you’re considering franchising in Leicester, take a look at the city’s top sectors:

Leicester has excellent road, rail and air transport links which means it is particularly suited to growing and maintaining domestic and international sales and supply chains.
—Nylacast

If you opt to start franchising in Leicester, one of the biggest benefits you’ll see is the chance to access a diverse employee and customer pool from across the surrounding areas. But there are also many business groups you can join to meet like-minded people and gain valuable insights. Try attending meet-ups like the Leicester Business Expo, the city’s top event for small business growth and networking.

So, what franchises are there in Leicester? View our full selection of Leicester franchise opportunities to get started.