Mothercare Back On Solid Ground 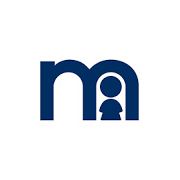 The UKs leading parents and young children retailer has sailed through a challenging trading period onto solid ground of transformation and growth. In the 28-week period to 7 October 2017, Mothercare turned over £339.5m, a slight slump from £347.7m from the same period last year and pre-tax losses rose to £16.8m from £800,00 after a fixed cost of £15.6m.

Mothercares chief executive, Mark Newton-Jones, announced the like-for-like sales in the UK during the period were up 2.5% and that the company is on track in its transformation programme. Newton-Jones added: "Across the business, we continue to invest and make progress, developing the Mothercare brand into a digitally led, global specialist.

"In the UK, 97 stores are now in the modern 'club' format, representing 75 per cent of the total estate and, as planned, we have closed a further ten stores and opened one new store as we work towards our target of 80-100 stores.

"We are growing our digital capability, with 42 per cent of our trade now taken online. We have built further strength in personal service, advice and expertise, whilst sharpening our focus on our core markets of maternity, newborn, baby and toddler up to pre-school."

Newton-Jones described the existing challenges in the international markets mainly due to sluggish trading in the Middle East.

"There is no clear sight as to when things will bottom out in that region," he said. "We are working with our partners across the globe to help them improve trading by exporting our digital experience and our modern 'club' format into their territories. We have expanded our digital presence in a further three countries: India, Pakistan and United Arab Emirates."

Founded in 1961, Mothercare rapidly became a strong presence in the parent and young child products retail market. By 1984 it began franchising internationally to Europe, the Middle East and Far East. Mothercare now operates over 1,310 franchises in 53 countries.

Franchising 101: 7 Steps to Take After Attending a Franchise Show

Youve attended a franchise show and discussed investment opportunities with a [...]

Franchising 101: The Complete Guide to Franchise Costs in the UK

If youve ever considered running a franchise, the first thing that probably comes [...]

Top 4 Perfume Franchises in the UK

Top 12 Most Profitable Franchises Under £20K

If youve always dreamed of starting your own business but didnt think you could [...]

Dear Sir/Madam, I am thinking about to join Mothercare franchise. That would be great if you could send me information about the franchise. Best regards Lin