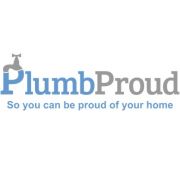 PlumbProud has announced it will move into a new head office in the centre of Northampton to reflect its growing network.

The plumbing franchise will leave its current offices in Moulton Park and move into the former Bathstore premises in St James.

"It's exciting - it's been a busy year for us but a rewarding one."

When the pandemic first struck, Sam considered postponing the business’s ambitious growth plans. But it went ahead and saw success by expanding into areas its competitors had vacated. Over the past year, many small businesses have been able to deliver a quicker and more convenient service to customers than bigger firms. Individual franchisees based in local communities can respond rapidly to emergencies, helping them stay afloat during tough times.

"I think there's a good spirit in the community to support local businesses, which we've certainly felt the effect of. People are starting to see the benefits of going local as a result, so we do believe this is one of the main reasons for our growth over the last 12 months since the pandemic hit."

"As a business, we're delighted that during a tough time for everybody, when a lot of people are out of work and struggling to find an opportunity, we have been able to create numerous opportunities and bring new members of the team onboard.”

PlumbProud has released figures showing just how successful some of its [...]

PlumbProud reached a wide audience when its director, Sam, was interviewed [...]