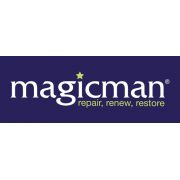 Magicman is one of the leading hard surface repair companies in the UK.

Magicman Group’s chief executive officer, Mark Henderson reaction to the affiliation was: “Achieving membership of the British Franchise Association (BFA) has been a major goal of our franchise operation from the start. Being a member of the BFA has major advantages to Magicman with regard to marketing through mainline platforms.

“Membership also gives the prospective franchisee a measure of confidence that the management and structure of our franchise has been rigorously examined by an independent body.

“I know from experience that there are not many publications that do not advocate membership of the BFA as a pre-requisite for any business opportunity in franchising and Magicman are extremely proud to have become a member of the BFA family.”.

Magicman franchise packages support includes an extensive and complete training programme by seasoned Magicman Repair Technicians, call centre staff as first point of contact during the first year, marketing methods and materials. With five Magicman franchises across the UK including Northern Ireland, the group is scouting for new unchartered franchise territories with the UK and overseas.

BFA’s Head of Franchise Sales, Clive Smith adds: “I know we will benefit from the support that the BFA makes available to its members. It will help us to sharpen the support we provide to our franchise network and the membership will certainly strengthen the appeal of our proposition to prospective franchisees. We therefore look forward to becoming a fully involved BFA member.”

Go Global with an International Franchise

Are you a franchisor with a network of thriving business units across [...]

Are you thinking of starting a business in another country or expanding [...]

Interested in starting a gardening franchise business but don’t [...]

7 Advantages of Running a Sandwich Franchise

Are you in the process of weighing up the pros and cons of starting a [...]

How the BFA Is Supporting Franchisees During the Lockdown

The British Franchise Association (BFA) is one of the largest [...]