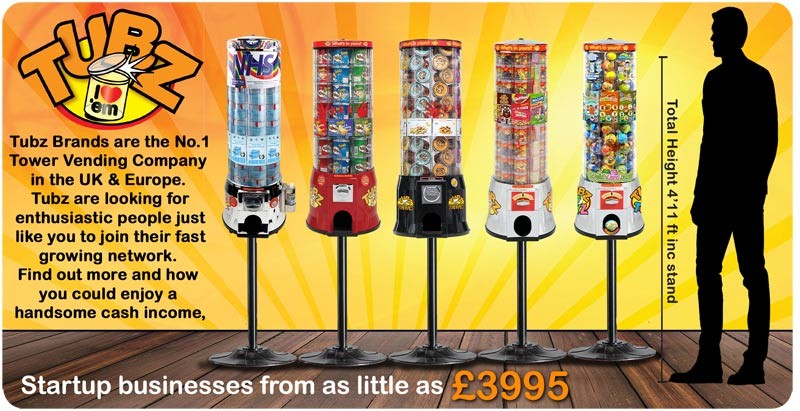 Top vending opportunities in the UK

Being your own boss can be all boxed up and made easy if you opt for a vending machine franchise – particularly if you don’t fancy being tied down to one location all day. Did you know that Britain is considered to be the birthplace of modern vending machine technology? Though no country is as prolific in their usage as Japan, where you can buy everything from live lobsters to DVDs through conveniently placed machinery, the British have embraced the speed and ease of vending machines, too.

In excess of 7 billion products are purchased from the nation’s growing range of vending machines, currently delivering a whopping £1.5 billion of profit.

Many of the UK companies enjoying that profit were the ones who were quick to realise the value of providing 'grab and go' products at transport stations, in waiting rooms and other areas of high footfall.

They are also the trusted brands now willing to lend their reputation and business model to carefully selected vending franchisees. You get to run a small cluster or multiple vending units in your territory, on a self employed basis, but with the backing and support of your franchiser.

Examples of vending franchise on offer

To take over a territory – or build your own – with a vending machine franchise means having a large choice of business partners. This includes, for example, global brands such as Starbucks, but also niche operators such as Tubz snack towers and Hurley's confectionery.

There are versions of vending franchises which don’t involved restocking machines but traditional point of sale displays, too, such as Snack Appeal fund raising packs or Snack in a Box workplace treats.

How to get in to a vending franchise

You need to select the sort of products you feel passionate about providing and a territory you are comfortable with before you start pressing the buttons of vending franchisers you like the sound of. We can box that off for you, so contact us today.

Did you enjoy this article? Please rate this article
Average rating 3.9/5 based on 29 votes
1 Result
Sort by: